There’s turmoil in the toy box. 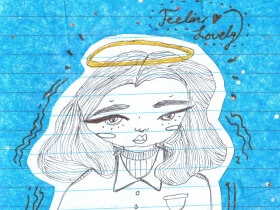 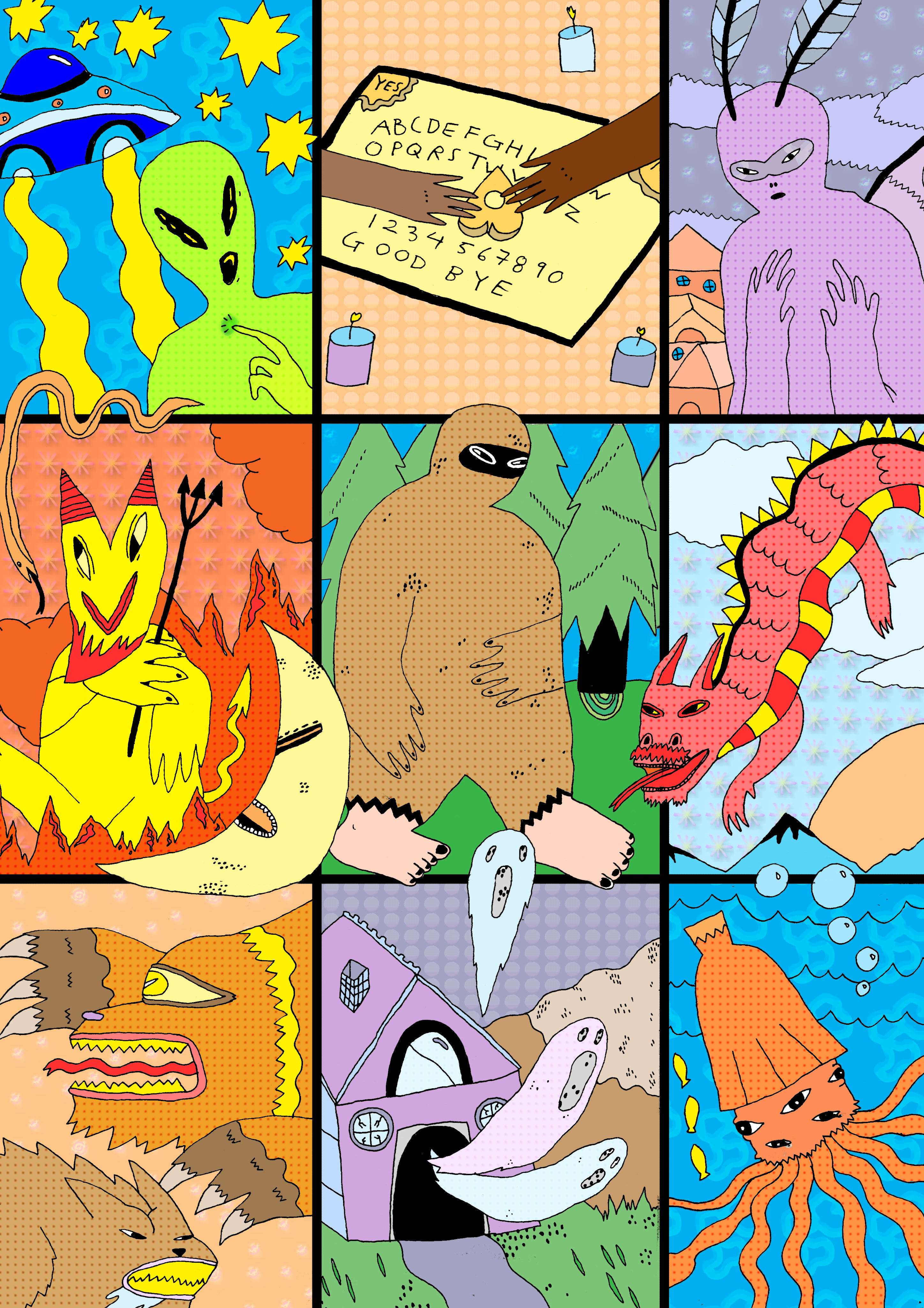 When I was a kid, I remember being at my babysitter’s house and glancing over at a copy of a sensational tabloid newspaper called Weekly World News. A headline screaming “Demon Toys!” caught my eye. It claimed that a bunch of popular children’s toys, such as Masters of the Universe, Barbie, and the Smurfs, were all evil and demon-possessed. The fuss was due to a book titled Turmoil in the Toy Box, and part of a broader phenomenon called satanic panic. The paranoia spread—friends at school even told tales of their Smurfs coming to life. For the most part, I didn’t pay attention. I would have happily continued playing with my Barbies, but for some reason, the stories about the Smurfs low-key scared me. One day, I quietly placed my Smurfs-themed portable radio in my family’s hallway closet, too afraid to listen to it ever again.

It’s stories like those that come to mind whenever I see a movie about possessed toys. Haunted dolls are a movie trope that has been around for decades. There’s a famous episode of The Twilight Zone in which a family is terrorized by a doll named Talky Tina, as well as Chucky from the famous Child’s Play franchise. Last year, I went through a “killer doll”-movie phase and watched a ton of films featuring possessed toys, including Dolls, Dolly Dearest, and Puppet Master. Even though they’re fun to watch, and I am not a little kid anymore, I still get pretty scared just by the idea of evil dolls. 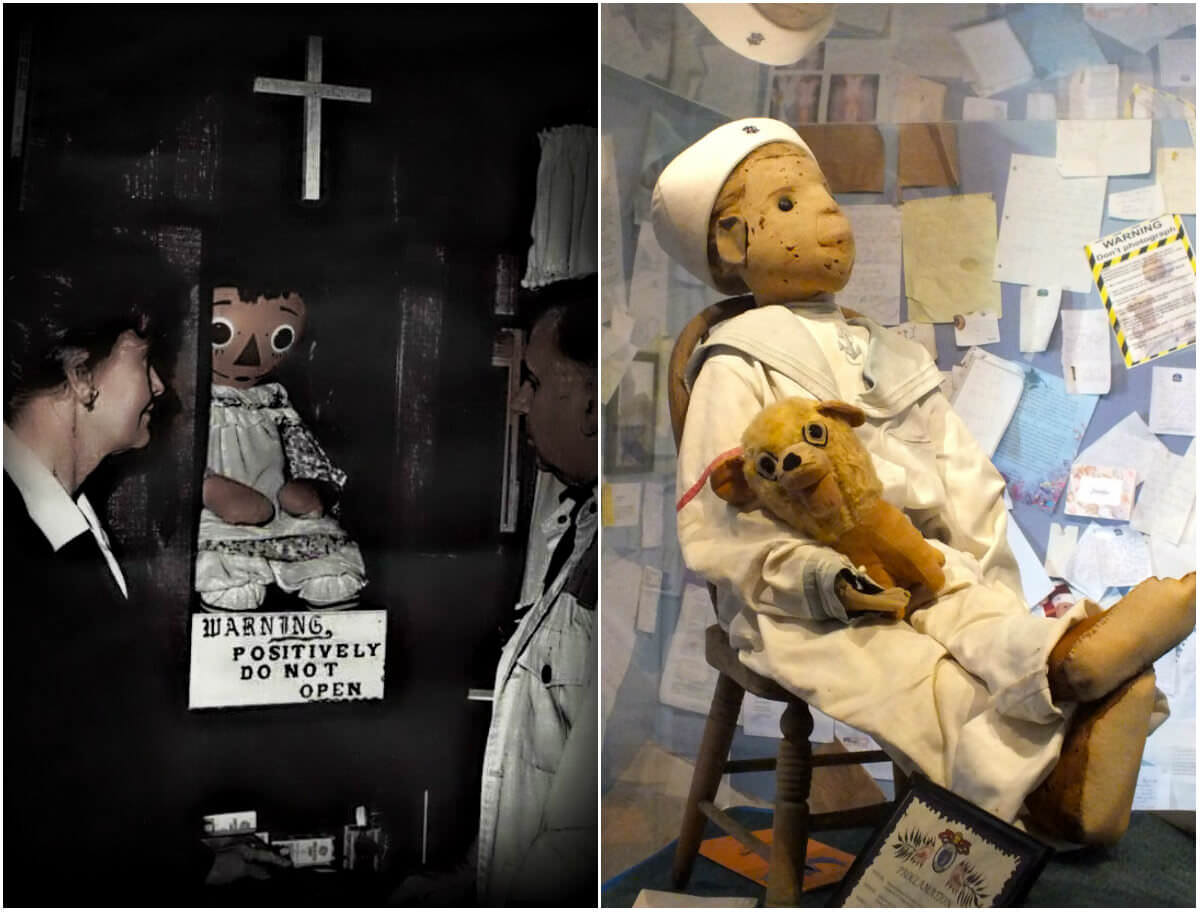 Left to Right: Annabelle the doll with friends. Robert the doll, quite alone.

A demonic doll named Annabelle makes an appearance toward beginning of the 2013 film, The Conjuring. The following year, the doll got its own film, Annabelle, inspired by the allegedly true story of doll haunted by an evil spirit. In the movie, Annabelle is a really creepy porcelain doll, but the real-life one looks like a harmless Raggedy Ann toy. As the story goes, a woman purchases a doll from an antique shop as a gift for her college-age daughter, Donna. Soon after receiving the present, Donna and her roommate, Angie, begin to notice strange occurrences around their apartment. The doll would seemingly change positions: if they left it sitting cross-legged they’d later discover it standing upright, leaning against a chair. Soon, little notes that read “help me,” start to appear in the apartment. These notes are written on parchment paper, which neither Donna nor Angie had anywhere in the house. The final straw is when Donna comes home to find what look like drops of blood on the back of the doll’s hands. No thank you to THAT!

Donna and Angie decide to consult a psychic medium who tells them that the doll is inhabited by the spirit of a little girl named Annabelle Higgins, who died on the property where their apartment was built. Apparently, all the ghost wants is to stay with Donna and Angie, and to be loved. Feeling sympathy for Annabelle, the girls decide to keep her around and they grant the spirit permission to inhabit the doll. Turns out, that’s not what’s really going on—there’s something FAR more wicked inside that doll than a sweet little girl. When they return home, even wilder things begin to happen. Their friend Lou, who side-eyed the doll from the start, claims that Annabelle tried to strangle him in the middle of the night and, another time, viciously scratched him, leaving burning marks that quickly healed and disappeared. The girls decide to recruit a higher form of assistance: They call on the help of a priest, who in turn called the Warrens.

Ed and Lorraine Warren are based on a real-life married couple who were also paranormal investigators— #relationshipgoals, amiright? They were basically the closest thing we have to an IRL Mulder and Scully from The X-Files. Anyway, they deduced that the spirit possessing Annabelle was actually demonic in nature. A few more weeks and that doll might have succeeded in what it really wanted to do—possess a human. The priest performs an exorcism and Ed and Lorraine take the doll away with them. Annabelle is now kept inside a special case at the Warren’s museum in Monroe, Connecticut. Visitors can see the doll, but are warned that despite the case and multiple exorcisms, she still seems to be in possession of evil energy. A visitor who openly mocked Annabelle’s powers was rumored to have died in a motorcycle accident right after leaving the museum!

In the early 1900s, a boy named Robert Eugene Otto received a doll made in his likeness. The boy requested to be called by his middle name, Gene, while the doll retained the name Robert. Whenever Gene got into trouble, he would place the blame on Robert. Gene grew up fine: He became an artist and died in 1974. Those who went on to inhabit his former home, however, would hear strange sounds—like footsteps and giggling—emanating from the attic where Robert the doll had remained. Myrtle Reuter, an occupant of the house, claimed Robert would move around on his own. She eventually donated him to the Fort East Martello Museum where he remains to this day. When you visit Robert, you’re supposed to ask permission if you want to take his photo. If you don’t, he supposedly curses you. Tons of letters are taped around his exhibit from previous visitors asking for forgiveness. 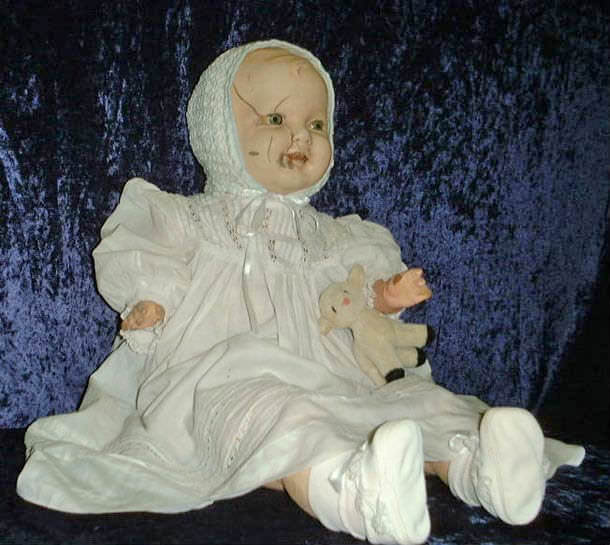 And now, we come to the case of a special doll named Mandy. Before Mandy was donated to the Quesnel and District Museum in British Columbia, Canada, her owner claimed she’d hear what sounded like a baby crying in the middle of the night. Once she gave the doll away, the mysterious crying at the donor’s house stopped completely, and it was the museum’s turn to start experiencing weird happenings. Books and pictures would go missing, and lunches would disappear from the fridge and turn up in drawers. Sounds like Mandy’s just having a little fun! Visitors to the museum claim to experience cameras malfunctioning, and say that they’ve seen Mandy’s eyeballs follow them around the room.

In recent years, there has been a trend of people buying haunted dolls from eBay and Etsy. One woman who collects these so-called haunted dolls says that two of her dolls hate men because they were murdered by their boyfriends, and her boyfriend says the dolls attacked him while he was sleeping. This article claims that there is a doll named Peggy, so powerful that even just seeing a photo or video of her can cause acute headaches and nausea. I refuse to click. You know, just to be safe. ♦