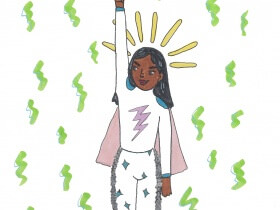 Life Skill: How to Groom Without Grooming Products 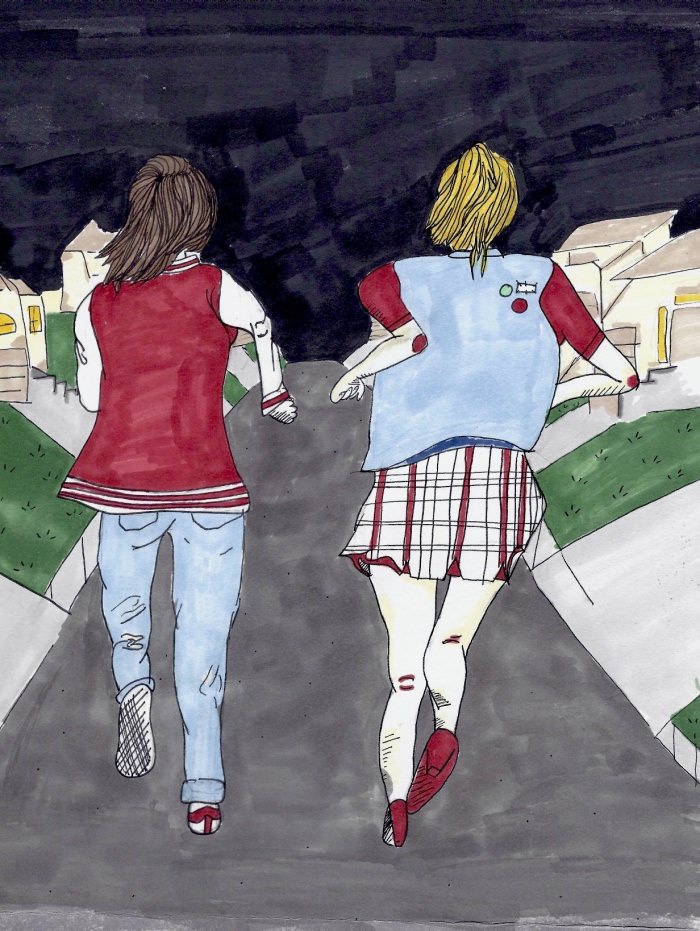 Happy New Year, Rookies! To kick off 2016, January’s theme is Truth or Dare. OOOH, right? Quelle raunchy! As a game, Truth or Dare is a thrilling little study in questions that rarely ever get so literal: What does it mean to be audacious, but on someone else’s terms? Is it scarier to tell people who you are than to agree to do whatever they tell you? This microcosm of human behavior is ripe for a three-hour movie where a bunch of people push each other to their wits’ end, except I would like said movie to be called Ruth or Dare, so there’s a pun, and for it to center on a nice old woman named Ruth, whose world is shaken by this game of telling it like it is. Also, people aren’t allowed to dance, but then they do.

When it comes to the dares you give yourself, one of the many nuggets of wisdom shared at the Rookie Yearbook Four launch this past fall was, “Do the thing you’re most afraid of.” CHILLS! I have been telling myself that in order to do stuff like: swipe right, be vulnerable, and set ambitious goals (for which I also use Gabby’s adage: “Be your own stage mom.”). Shonda Rhimes says, “Power isn’t power if you don’t know you have it,” so recognize that you have a shit-ton of power, young Rooks, just in the fact that you have eons ahead of you to start a few new lives if you so please. Nothing Really Matters, but in a great way, like if you flirt with someone and they don’t go for it you can just do it with someone else like five minutes later and then wear your rejection as a badge of honor on your Girl Scout Sash of Living a Full Life. You know that person who seems able to just put themselves out there and raise their hand and ask a silly question and be able to shrug it off? Part of becoming that person is: dare a few times, and then dare a lot. Recently I was going on and on to a friend about something that had already happened and that I couldn’t change, and he cut me off to say: “My advice? Move on.” Now, if this had been a more serious matter, that would be the least helpful non-nugget of non-wisdom ever uttered and shit friend behavior, but because I was babbling about a social interaction that no other human being on the planet ever thought about again, it became a personal motto for getting over other such worrywart speedbumps.

Being more of a Truth person than a Dare person is very cool, too; I always chose Truth over Dare because I thought talking was more fun than drinking toilet water. When we were brainstorming for this theme, Derica wrote:

“Daring is so often associated with heroism, and there was often a really annoyingly gendered split between who chose ‘dare’ and who chose ‘truth’ in the game. Often I chose ‘truth’ because I wanted to confide/invite others to confide in me and the game provided space to do so. Sometimes it was because the dare was foolish/I genuinely did not want to jump off the tenth step onto the pavement below, or whatever it was. Sometimes the dare is a performance that you feel meh about, and that’s fine, even if you do acquire a reputation for being ‘the boring one.’ You are probably daring in ways that aren’t socially recognized, or that have been gendered feminine.”

Derica also pointed out that being bold or creative or putting yourself out there often doesn’t mean being fearless, but using your fear, somehow. Her example was a tip for speaking in front of people, to convert your nervous habits into part of your presentation: if your hands shake, gesture with them and keep them moving instead of trying to be still. She mentioned two very crucial ToD songs, too, that you may as well blast all of New Year’s Day/month/year/life:

“Santigold’s account of intrepid, desperate-but-focused daring in ‘Disparate Youth’—it’s not like there are zero obstacles, and maybe few people believe in you, and maybe it’s not going even to be a majestic triumph that you can lord over them like, ‘I BECAME BEYONCÉ, BITCH/look at me now,’ and yet what you’re doing is still worth doing, even in the scrappiest of ways (‘If they don’t fly, we will run’) because our own dreams are worth throwing down for.

N.E.R.D.’s ‘Truth or Dare’: This song (and its guitar) is still my hype track. When Kelis sings, ‘I am the one with the brightest hair, baby I don’t care,’ I’m reminded to incite myself to disobey my inner parental/authority figure. The parts of me that want me to do the most sensible thing/do the thing for approval. Just deliberately piss yourself off—in a self-challenging, not self-thwarting way.”

WELCOME TO THE FAST LANE. NO SELF-THWARTING. Many more thoughts on this month from all of us are over on the Submit page, and we would love to know what “Truth or Dare” stirs up in you. There’s also always the monthly poetry roundup and collage kit, and the weekly Creative Prompt. Do the thing you’re most afraid of!