My search for mental health goes back generations. 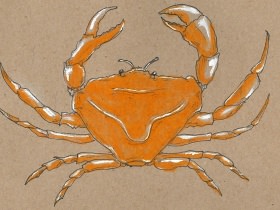 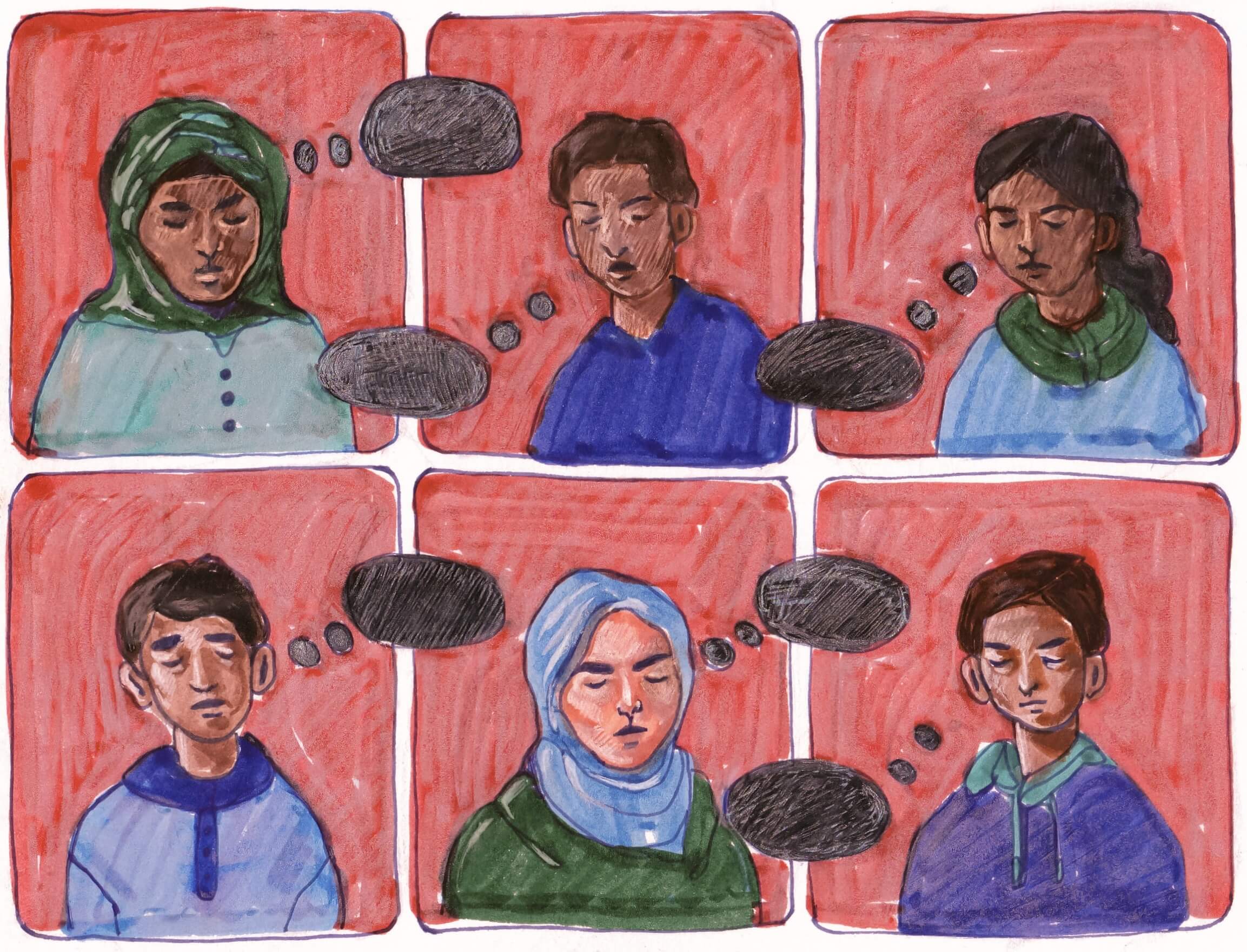 Navigating mental illness as a black, immigrant Muslim woman can be a violent experience—you’re deterred, scolded, and misunderstood. Seeking help from my family often points me in the direction of a Quran covered in dust, or toward a crumpled prayer mat from which dust bunnies fall when I try to straighten it. Doctors are often skeptical when I discuss my issues. They ask whether I’m “overthinking” or “overreacting.” My diagnosis is delayed by assumptions and useless suggestions: Perhaps I should “tweak my attitude, and have a more positive outlburook” if I find myself unable to carry out basic daily activities? References to my religious and cultural background abound, my concerns undermined by orientalist tropes about Muslim women who are unhappy because we “lack freedom.” However, I’m beginning to understand that my experience of trauma arrived long before I could even speak, before even a doctor could measure.

I can rarely have a coherent conversation with my grandmother. On the linguistic level, my replies are constrained by vocabulary I don’t have, and grammar rules I still can’t grasp. There’s also an unspoken silence between us: Home isn’t discussed outside the frames of pretty pictures and nostalgic old songs, and the memories my grandmother does share don’t exceed a certain time frame or context. When she tells me about the birth of her fifth son, she doesn’t detail the refugee camps that formed its backdrop, nor the bombs dropping on her city. She filters them out of her speech and from her brain. My grandmother has lived two lives and died once; Somalia is her grave.

The sanitized events she recounts as I attempt to hang on to her every word—missing one as I try to translate the next—aren’t purposely censored. She doesn’t halt to recall what to share and what to omit, she’s not trying to avoid shattering my idyllic image of the home I never experienced. Rather, she doesn’t want to stir her own painful, trauma-laden memories of war. My grandmother, glossing over the destruction of her home and loved ones, tells a story clean and censored. And the traumatic past she doesn’t detail isn’t just hers, but that of many of the older relatives in my family who saw, lived, and fled the war.

Sometimes, my mother, who was once a refugee herself, would tell me stories about my grandmother’s life that left me in utter disbelief. It was hard to imagine that the woman I saw almost weekly was the same woman who’d come home from work only to pick up her father’s dismembered limbs, the same woman who was separated from her siblings in refugee camps and only reunited 10 years later. Oftentimes, I’d struggle to muster an adequate response to these stories, and my mother would smugly pose the “what would you do” question—a small, sarcastic nudge reminding me to be grateful for where I am. Outside of these exchanges, “back home” isn’t discussed, and certainly not with much eagerness. We stay firmly in the present, and the rare conversations about our hopes for the future toss between pessimism and optimism.

My family is not one to talk about our feelings or problems, let alone trauma. We haven’t sat around the family dinner table unpacking the emotional weight of seeing everyone you love die and your surroundings entirely collapse before your eyes. How do you even begin to heal when you’re thrust onto a plane to Europe, America, or Australia only to find yourself dealing with anti-blackness from the state and the glaring violence of whiteness that you only previously felt through colonial violence and neocolonial debt? Now, used phone cards pile up on top of the fridge, relatives fly back and forth sharing anecdotes about their visits, bringing items and critical accounts for those who have yet to return home, and war aggressively interrupts the fond days we can reminisce about. Like us, as for countless Somalis in the diaspora, religiosity and seeking solace in God is the way to deal with painful memories from home.

A few years ago, someone let it slip that my grandmother and her siblings spent their formative years attending Catholic school in Mogadishu, and they spoke Italian as a result. Today, their conversations with each other oscillate between Somali and Arabic exclusively. They don’t just not use Italian, they conceal their fluency in the language. Once I raised this with my grandmother and she violently denied it, saying, “Waan eiloobay!”* Her expressions and body language in that moment conveyed the emotional baggage that came with the colonial language. She’d gone so far as to actively suppress it, even with people with whom she could it speak it. My grandmother’s silence is her defense, but this collective silence about the past also means that many of our relatives will take with them the memories, trauma, and stories of what happened before us when they pass. Our history will told to us in books “written by the victors.”

Audre Lorde writes, “I am a black woman…in a world that defines human as white and male for starters. Everything I do, including survival, is political.” My grandmother’s resilience relied on her silence, and on her suppression of trauma. To survive, she couldn’t dwell on the goings on in her country, or the whereabouts of her relatives. Adaptation and assimilation meant that her next encounter with Somalia would be 23 years after she’d left. In my family, and in my community, Somali women carry their families first, and then themselves. Despite their differing diasporic contexts, white-supremacist, capitalist, patriarchal structures mean that both Audre Lorde and my grandmother—a black, Muslim refugee woman—share a similar narrative by way of their politicized bodies surviving under oppressive frameworks.

Attempting to unpack intergenerational trauma for myself means engaging in a laborious process that spans centuries before my birth. Seeing how trauma works in my family, and among my relatives, I’ve come to understand that it doesn’t even begin with them. We carry the effects of colonial violence across generations—it’s a burden I often find hard to articulate. For people of color, the lasting effects may be visible in our homelands, but they also reside in our psyches. That trauma is within us and, as our bodies continue to be afflicted by violence, it’s hard to unpack and work through. Then, as now, there are few moments to heal and grieve disruption and subjugation, so its effects continue. We carry it everywhere.

My family’s context has also made it clear to me how often diaspora communities are neglected in conversations around mental illness. Despite coming from countries at war, and having experienced immeasurable physical and emotional violence, the discourse around immigration revolves around which state will “open its borders” and which “assimilation tactics” governments will implement upon their arrival. Policies targeting the mental health of refugees are not given such priority.

In truth, “assimilation” into these new surroundings would be less challenging if governments made an effort to accommodate the cultures and languages of immigrant communities, instead of passing laws against them. But, in countries like Britain and France, the state creates a form of social apartheid by neglecting areas that are highly immigrant populated. This social exclusion is reinforced by a lack of government funding, high surveillance, and racialized incarceration. As a result, immigrant communities experience cyclical poverty and so-called integration fails.

Our parents and grandparents who landed at the airports with their luggage, also landed with undiagnosed PTSD and trauma, and facing language barriers, xenophobia, pressure to assimilate, and their own anxieties about their homelands—still they survived. The legacy of unprocessed grief I recognize in my family is not just ours, but a common one, shared by many of my Somali diaspora immigrant friends. To acknowledge intergenerational trauma as real, means recognizing the structures that it rests on, and clearing the way for honest discussions about history and race, across all its intersecting lines. ♦

Shereen A. is a writer and an exhausted student. You can catch her eating, or aggressively singing along to Beyoncé—mostly she’s doing both. Milly rock over to her Twitter and read her woes.