Charlotte Day Wilson: After All 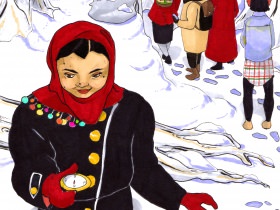 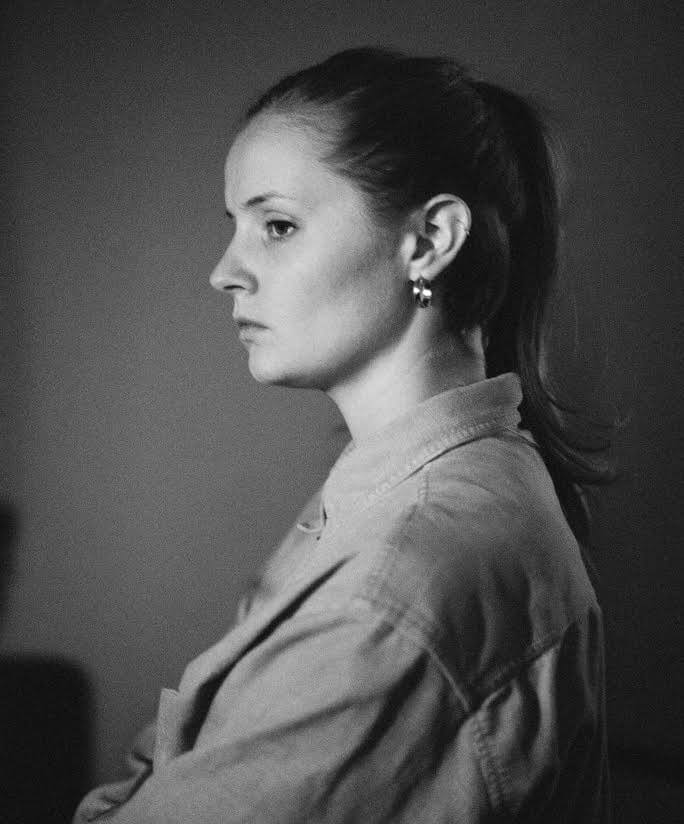 Charlotte Day Wilson has recently gained a lot of perspective. Not just in terms of what she covers in “After All”—her new song about re-socializing after some time spent inside, cocooning—but also thanks to a solo venture that’s seen her take a step away from her other band, the WAYO.

The Canadian singer/songwriter/guitarist currently works out of her own studio (the “Woman Cave”) in Toronto, though she has also lived and performed in Halifax and Montreal. A few weeks ago, her explorative side led her to Europe, where she spent a month in France, England, Germany, and the Netherlands before landing in Iceland, where she emailed her answers to my questions.

Here’s what Wilson had to say about honing her voice, and about Toronto (which, as a Canadian myself, I’m a little biased about). But first! The premiere of “After All”:

ANNE T. DONAHUE: So let’s start with you telling me about “After All.” You really articulate what it feels like to gain perspective.

CHARLOTTE DAY WILSON: The song is about trying to gain perspective and about letting yourself succumb to your vices. When I wrote this song, I’d decided to go out with my friends after a long period of hibernating, and I was reflecting on the therapeutic effect it had on me to just go out and go.

What do you consider your biggest victory to be in terms of gaining perspective? I always feel like there’s that one life event that makes you start to see super-clearly—or at least clearer.

I can pinpoint that kind of moment of clarity back to when I discovered feminism. I felt like I’d been awakened to something that had been nagging me my whole life. When I finally read feminist thinkers, I began to see things completely differently. Openly identifying as queer was also really important for me.

What feminist writers/thinkers did you gravitate to?

I was really inspired at first by some of its pioneers, like [Mary] Wollstonecraft and Simone de Beauvoir, and then I gravitated toward women like bell hooks, Audre Lorde, and Alison Bechdel.

You’re also part of another band, the WAYO. What made you decide to hone your own voice outside the band?

I’ve been writing and producing my own material for a while now, and it feels important to give myself the opportunity to focus solely on that. I love being alone and working on a song from the crack of dawn ’til bed. The song is a result of that solitary process. But I do also love collaborating with other artists and producers, and there is so much talent in Toronto right now. It would be silly to not take advantage of that. I’ve got some really exciting collabs in the works.

The Wayo has a lot of jazz and R&B elements to it, much like your own music does. What was it about those genres that made you want to create for yourself?

Those genres definitely influence me, but I’m really excited to put out my new material because the stuff I’m working on explores a lot of different places and sounds outside of jazz and R&B.

I’m just experimenting with all the genres I like and listen to. I listen to everything except for new country, so I’m letting those eclectic influences find a place in my songs.

Have you found where you live dictates the way you create? Because I know you work in Toronto, Montreal, and Halifax and each—at least in terms of the way music is talked about—really lend themselves to unique sounds and unique creative environments.

I’ve been moving between those cities for the past couple years, but I’m really enjoying just working in Toronto these days. The energy and momentum in the city is really inspiring for me. Toronto just has a ton of variety and diversity, which keeps it interesting. There isn’t just one kind of music or one kind of person, there’s everything.

Where are some of your favorite places to hang out in Toronto?

My favorite thing to do is hang out in the studio, so I spend a lot of time in different studios across the city. Friends’ studios and my own. When I’m not working, I spend most of my time in the East End, where I live—shout-out to East Room, Jam Factory, Hi Ho, and Liberty Shawarma.

What’s one of the scariest things about moving around?

The scariest thing would be falling in love in places you won’t be able to stay.

How do you ground yourself? How do you establish a space just for you, amidst moving around and going down various musical avenues?

Nowadays, I have my own woman cave studio in Toronto where I go every day. I try to keep a steady routine to stay healthy—[but] I’m saying this as I sit in a cafe in Reykjavik on my way back from a month-long trip to Paris, Amsterdam, Berlin, and London…oops.

So what do you hope to have more perspective on in a few years from now?