Brooklyn Nine-Nine has a crime-filled Christmas. 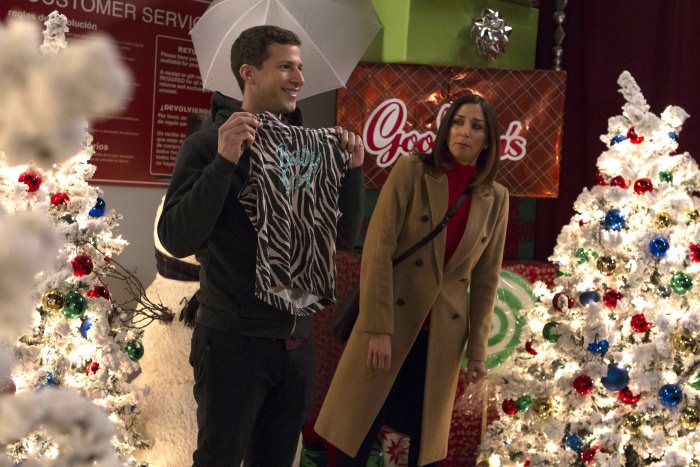 Today’s edition of This Week in TV is the last of 2015. And look how far we’ve come! We’ve lived and breathed Scream Queens; been left hanging on a cliff by Empire, Scandal, AND How to Get Away With Murder; stayed in total love with Bob’s Burgers; and now we get to spend Christmas Eve with Brooklyn Nine-Nine and their homage to Die Hard. Note that yes, there are spoilers. But also? We hope you have the happiest of holidays ♥

What do you do when you forget to get your best friend a Christmas present? This week, Jake teaches us just that. After realizing he hasn’t gotten anything for Charles, Jake high-tails it to a store with Gina and Charles (yep: Charles insists on going, thinking Jake is shopping for Amy). Once there, they see the place is being robbed. The scenario quickly unfolds like a scene out of Die Hard. Gina’s taken hostage, and Jake looks set up to save the day—and he does, by letting Charles have the John McClane moment. Charles crawls through air ducts to defeat the robbers, who happen to be flannel-wearing, aboot-saying Canadians. (As a Canadian, I was pleasantly amused rather than offended.) Charles is a hero! It’s a Christmas miracle! —Anne T. Donahue ♦