Scream Queens’ season finale left our jaws on the FLOOR. 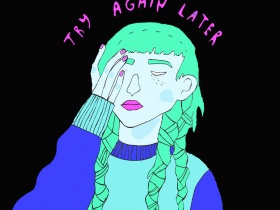 Most of our regularly scheduled programming is on winter break, so this week’s This Week in TV may appear lighter than usual—but we’ve still got a lot to work with here. First and foremost, Scream Queens FINALLY revealed who the devil is the remaining Red Devil Killer!!! Brooklyn Nine-Nine spilled some secrets of its own, and featured a cameo from everyone’s favorite astrophysicist. 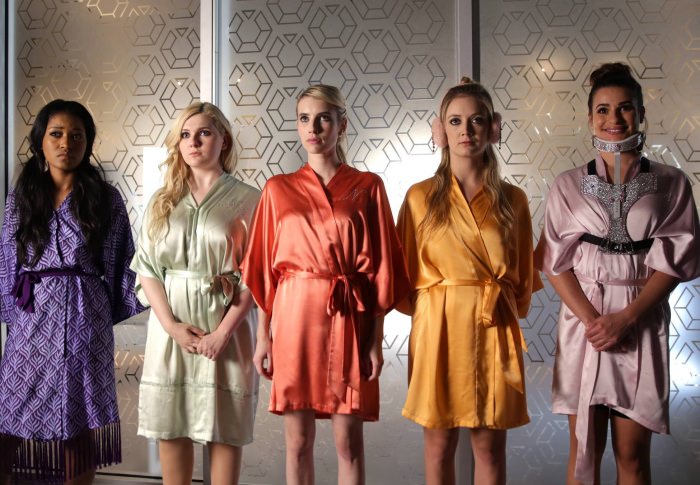 You’re looking at a Red Devil Killer in this lineup from Scream Queens.

This is it, guys: The end of Scream Queens’ first season. The final two episodes were wild, as we finally learned the identity of the third Red Devil Killer…and a fourth?!? Turns out that Grace’s boyfriend Pete was dragged into the killing spree, after OG Red Devil Boone convinced him that the greek system needed to be exterminated. As expected, Grace is appalled by the confession, but listens as Pete offers the identity of the second “Bathtub Baby” born in the sorority. (As we learned weeks ago, the Bathtub Babies were Grace’s half-siblings). But before Pete can solve that mystery, the Red Devil kills him and lets Grace live.

The rest of what happens is whirlwind, but to sum it up: HESTER IS THE RED DEVIL KILLER. We met Hester as a girl in a neck brace who worshipped Chanel No. 1, had a creepy obsession with death, and became one of Chad Radwell’s many girlfriends. Grace and Zayday uncover Hester’s totally made-up school file (as Grace’s dad seduces Dean Munsch to distract her, then accidentally falls in love with her in the process). The Chanels have theories of their own about the Red Devil Killer, and accuse a former KKT president whose skin was singed by a tanning accident. Chanel No. 1 attempts to murder her, but then Grace and Zayday reveal the truth about Hester. The sisters return to the house to find that Hester has been stabbed in the eye with a stiletto, and she accuses Chanel No. 5 of being the Red Devil.

From there, the KKT world quickly spirals even further out of control. Hester sets up Chanels One, Five, and Three so perfectly that they (and their families) believe that they’re serial killers. They’re arrested, while Hester gets away with murder and a minor eye injury from her self-inflicted stiletto wound. Next semester, the college returns to normalcy and is murder-free, with Grace and Zayday running KKT, Dean Munsch releasing a new book called The New New Feminism, and Hester feeling satisfied with sparing the lives of Grace and Zayday, the two sisters who showed her genuine kindness when they met her. The Chanels end up going to an asylum where they live their lives to the fullest: Chanel No. 3 gets a girlfriend, Chanel No. 5 starts taking medication, and Chanel No. 1 ends up running the whole place. All seems well for everyone, until Chanel No. 1, snug in her bed, is woken up by a knife-wielding Red Devil standing over her.

Could it be Hester again, after all these months? Could the Red Devil mystery be continuing, only to grow more complicated? Either way, I’m excited for Scream Queens’ second season. I ended up loving this show more than I expected. The finale was dark, funny, and over-the-top. It was the perfect balance of horror and camp. Plus, it definitely left my jaw on the FLOOR—especially in the final moments. See you next year, Scream Queens! 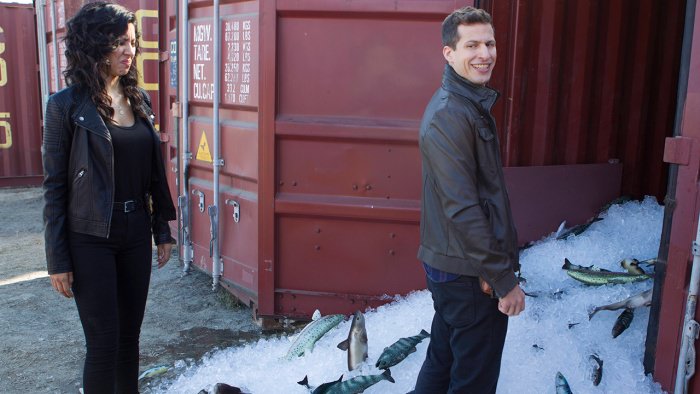 How well should you know your friends? Rosa and Jake realize how little they know about each other when paired with two Swedish detectives whose professional dynamic is way too intimate and to-the-point. But still, the hand-holding guest stars (played by Anders Holm and Riki Lindhome) make Jake and Rosa decide to open up a bit more to each other about their personal lives—even if it takes Rosa a few drinks to divulge some top-secret info. (You know, like her new boyfriend’s name.) Also worth mentioning? Neil deGrasse Tyson makes a surprise appearance to help teach Gina about astronomy. Unfortunately for him, she’s not into his study methods. ♦