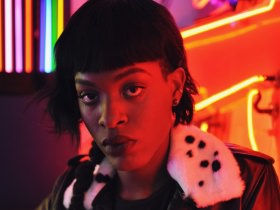 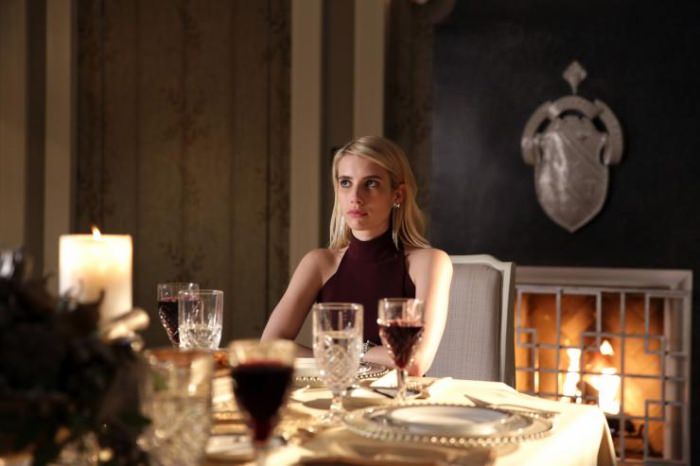 A lot of our favorite shows (Brooklyn Nine-Nine, Bob’s Burgers, How to Get Away With Murder, and Scandal) were napping this week, maybe because they were in post-Thanksgiving turkey comas? The good news is that Empire and Scream Queens were live—and, as always, left us asking “WHAAAAAAAAAAT?”

**You know what time it is: spoiler alert o’clock! Read ahead only if you have caught up on this week’s episode’s of Scream Queens and Empire (or don’t care about spoilers).** 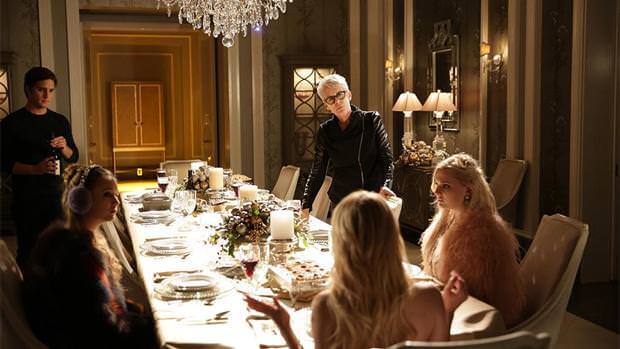 Scream Queens is rapidly approaching the end of its first season, which is making life more chaotic than ever for the surviving members of Kappa Kappa Tau. We’re getting closer to meeting the final Red Devil killer, and each person connected to KKT is seeming shadier and shadier.

On Black Friday, the Chanels go shopping, until the killer shuts down the mall and faces off with Chanel No. 1. She’s shot by an arrow in the shoulder before the police (specifically new police chief Denise Hemphill, formerly a campus security guard/KKT reject) come to the sorta-rescue. Back at the house, the KKT sisters unanimously decide that Dean Munsch is the killer given the damning evidence of, you know, her murdering her ex-husband and generally hating the sorority. Taking justice into their own hands, they set out to murder her—but after poisoning and freezing Munsch, they realize that she may be unkillable. Later, after a plan is hatched to drown the dean, Munsch and Chanel No. 1 are left alone at a pool where they have a tense confrontation. Unfortunately for Chanel No. 1, the other Chanels ignore alerts from the phones she had given them as presents.

All things considered, it seems that Pete may be the shadiest character of them all. He starts researching Gigi’s past with Grace’s dad, Wes, after they were served Gigi’s severed head on their Thanksgiving platter. He learns that not only was Gigi’s sister the previously unidentified fourth girl in the room with the two “Bathtub Babies” (born to a now-deceased KKT member back in 1995), but she also committed suicide soon after deciding to raise the murderous twins. Pete stumbled upon that information pretty easily, which seems a little sketch. At the very end of the episode, as Grace starts to feel comfortable enough to have sex with Pete, he shockingly says that they shouldn’t do it because he’s “a murderer,” making him even MORE sketch.

Could PETE be the remaining Red Devil???? My only issue with this conclusion that we should be wary of him is that it’s a little too simple for the amount of build-up we’ve had this season, though I wouldn’t be surprised if he were an accomplice. But WHO could it be? —Brittany Spanos 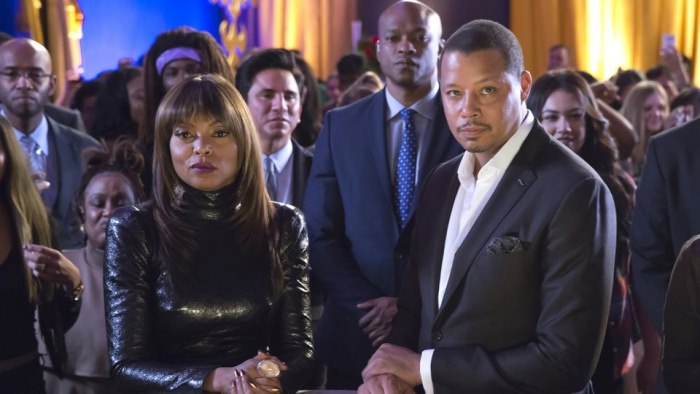 Empire’s winter finale was fairly predictable—until the very last scene, which left me wrecked. No, I didn’t expect to be that thrown, but I was, and we will deal with all of that in a few. But first…

Let’s give Lucious a huge LOL for thinking that Jamal was “cured” of being gay because of Jamal’s quick romp with Skye. At the same time, let’s give Skye a huge round of applause for accepting the fact that there was no romantic future for the two of them, and one to Jamal for keeping it honest with her. Tiana made a lasting impression with this week’s musical routine (very Rihanna circa 2006), Freda Gatz got an award nomination that Hakeem felt he deserved (even though he totally didn’t), and Cookie took Hakeem and Laura to the prison where she did time to perform. While there, she ran into an old, rapping homegirl of hers played by Da Brat (we’ll probably get more of this backstory in the spring).

But, really, who cares about the first 58 minutes of the episode when there’s what happened in the last two: Someone breaks into Andre and Rhonda’s home, and as Rhonda gets up to turn the alarm off, we see someone in bandit gear lurking in the shadows. Then pregnant Rhonda is pushed down the steps by the intruder! My first assumption was that it’s Boo Boo Kitty, but that’s a bit too obvious, so seriously…who could it be? Camilla, who is back on the scene? Laura, who may want revenge? Or is it Michelle (Jennifer Hudson) from Season One, trying to sabotage bae-in-her-head, Andre?

I’m not sure, but I’m ready to find out when Empire returns in March with more drama and (hopefully) all of the answers. —Taj Rani ♦