It’s a conversation about so much more than just abortion. 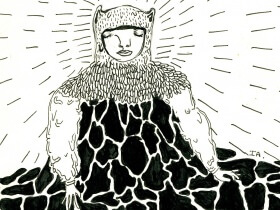 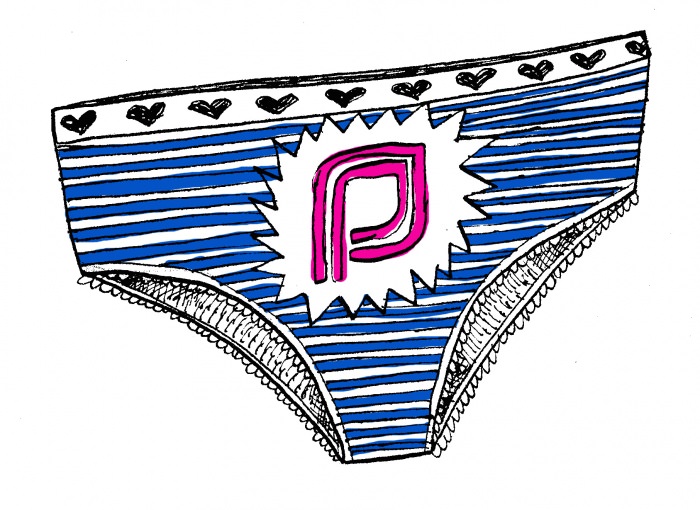 In many discussions of reproductive health, which is the focal point of so much high-profile political and interpersonal unrest lately, the subtext seems to so often be “ABORTIONS AND SEX. UNPROTECTED HETERO SEX…AND ABORTIONS. SAFE (HETERO) SEX? SIN?” The whole complex systems of what else bodies of all formations can do are obfuscated, in favor of concentrating on the potential implications of using only a very few parts of them for strictly P-in-V sex. This is dangerous and unfounded. While performing the totally delightful disappearing act on the reality of gender and sexual identities that are not cis and/or hetero, this mode of thinking also shunts aside that there’s a WHOLE LOT MORE going on inside (and outside) all of us! No matter what you believe about sex and abortion, it’s crucial to your well-being, body-wise and brain-wise, to grasp the full extent of what’s being dismissed when people zero in on boning and abortion as representative of all reproductive health.

Planned Parenthood, a network of around 700 nonprofit health centers that offers free and low-cost reproductive medical care throughout the U.S. and in 13 other countries, is a good model for thinking about this. The same reductive logic that mars reproductive health discourse is frequently applied specifically to their organization, which provides abortions among its many services. For a lot of people, abortion is a huge thing to think about! Please believe that I know. Still, in a Planned Parenthood 2015 report, abortions accounted for only three percent of all the medical procedures and services they provided. (There’s some contention about this statistic, but those who oppose it make the argument that, because abortions can be more expensive than other procedures, they’re “more” than one procedure, or something? Nah.). When it comes to both reproductive health and Planned Parenthood, there are lots of other big deals we need to be accounting for and considering, too.

Outside of that three percent, Planned Parenthood’s care is predominantly based in disease and infection treatment and prevention (42 percent of services) [This and the other percentages I’m about to cite are on page 19 of this PDF]; providing contraception (34 percent of services; Planned Parenthood estimates that this prevented over 500,000 unintended pregnancies last year); cancer screenings and prevention, like breast and gynecological examinations (nine percent; and let’s not forget that breast cancer is the number-one most common cancer among women, and the second-most common cause of death by cancer among women); and offering other assorted healthcare and education about sex, health, and family planning to its patients, which are predominantly female—though men are treated at Planned Parenthood—and include adolescents and teenagers (you!). Planned Parenthood is also a resource for trans patients: Its mission is to offer inclusive care, information, and advice to all people, and 10 states now have at least one Planned Parenthood center that offers hormone treatments to people who are transitioning. Over five million people, of all genders and a multitude of ages and experiences, make use of Planned Parenthood in one or more of these many ways per year.

OK, so now that we know that reproductive health—and Planned Parenthood—covers so many more body-based goings-on than just abortion, here’s why it’s extra-crucial to think critically about the ways Planned Parenthood is represented by its detractors: 78 percent of those millions of people who use Planned Parenthood are very poor. We’re talking at and below 150 percent of the federal poverty level. And that line is lowww, babies—look at the way it breaks down right here. For many low-income people, Planned Parenthood is a “primary care” provider, meaning: It’s the only way for them to see a doctor of any kind. Numerous Planned Parenthoods around the country have accounted for this, and offer general services like physicals, vaccines, and screenings for different kinds of illness and disease.

Because the media often myopically focuses on Planned Parenthood–as–abortion provider, rather than acknowledging its full and robust range of services, it’s easy for people on the whole to do the same. As such, Planned Parenthood is currently the public and political scapegoat for those who oppose women’s right to choose. Because Planned Parenthood is not-for-profit, they receive an essential portion of their funding from the federal government. This bill angles to defund Planned Parenthood (and overturn/weaken a number of other public healthcare initiatives that are essential and irreplaceable for poor people, like Medicaid, a form of insurance for low-income Americans). Earlier this month, the Senate voted to pass it. It won’t become law this time, because President Obama has made it clear he’s really not about to let any legislature defunding Planned Parenthood or overturning the Affordable Care Act happen, but there will be a next time, and a time after that, where politicians try to strip women and their allies of basic health rights in this respect, and others.

A brief reminder: Defunding Planned Parenthood would not stop women from getting abortions—or, it wouldn’t stop women who had the financial means to go to a private clinic, anyway. Effectively, this decision would do little more than widen the gap between the health-based privileges of low-income women and those who live more comfortably. It implies—and enacts—that the lives of poor women are expendable. The outcome of defunding Planned Parenthood, in all this political bloviating about abortion, is that people who cannot afford to go anywhere else for life-changing and -saving medical treatment will lose that healthcare.

There is destruction borne of the anti-abortion political movement right now, regardless of what laws are passed, too. Increasingly, when it comes to Planned Parenthood, abortion is not the sole focus of the conversation, but it’s not because there’s so much more that they do for people. Instead, Planned Parenthood makes news because its centers and employees have become a quite literal target for extremists who disagree with a woman’s right to terminate a pregnancy, and to a lethal degree. One demonstration of this: Did you know that, in the span of under four months this year, there were four arsons at Planned Parenthoods across the country? And of course you’ve heard about the November shooting at a Planned Parenthood in Colorado that left three people dead and nine injured. At a court hearing, the killer, Robert Lewis Dear, Jr. made his motives clear by yelling:

This man was convinced that his assassination of three people was the protection of life.