My Body Is a Tuning Fork: An Interview With Lizzo

“Since I found out that I love myself, I love taking care of her, too.” 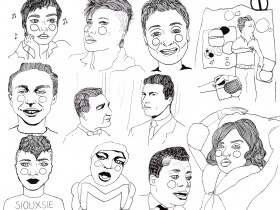 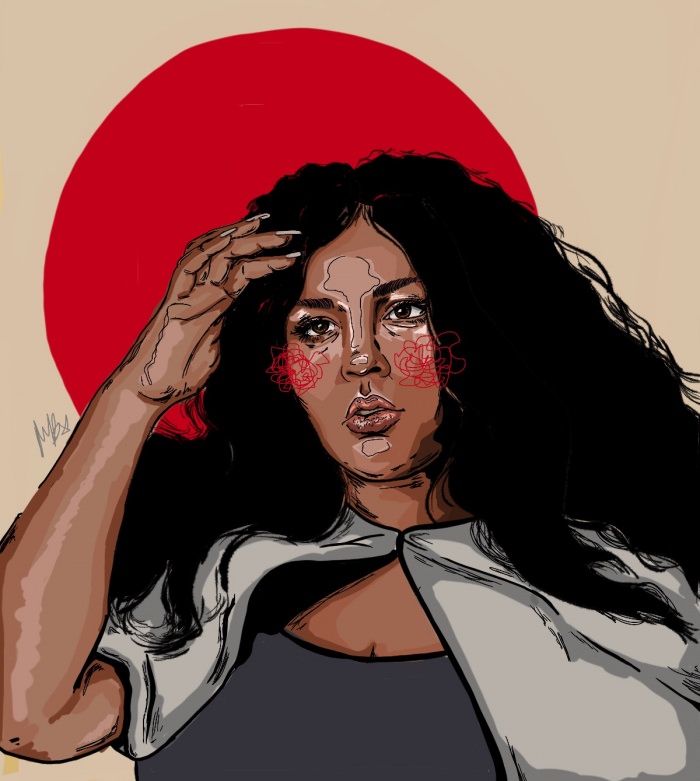 So much of the mainstream dialogue around learning to love yourself is puddle-deep and unhelpful, treating the matter like a simple decision instead of the long process it really is. For that reason, Lizzo’s “My Skin” is one of the most important songs of the year. That, and it’s incredibly beautiful.

In the track, the 27-year-old Minneapolis-based rapper, whose birth name is Melissa Jefferson, confronts the struggle to love her body unconditionally, the ties to her family and history written deep within her skin, and how the power of owning your flaws outweighs the danger of being mocked for who you are. (She also wrote this great essay about it.)

“I woke up in this,” she sings in a cheeky nod to Beyoncé, who inspired Lizzo to start forming girl groups when she was in the fifth grade. Since then, she’s also been a classical flutist, a fantasy novel writer, a serious scholar, a songwriter, a singer, and a rapper.

You can hear all of Lizzo’s whip-smart, hilarious, poignant artistry in her second album, Big GRRRL, Small World, which was released earlier in December through her own BGSW label. I recently called Lizzo to talk about being a late bloomer, her newfound methods of self-care, and how she still takes a premonition she had in eighth grade very seriously.

LAURA SNAPES: I saw on Instagram that you’re working with Sadie Dupuis from Speedy Ortiz! What are you two up to?

LIZZO: We had the opportunity to work on some stuff together—a remix and an original song. It is so different from what I do. It was a challenge, actually, to work with her, and I’m excited by it. I feel like I met the challenge.

Even though you’re established as a solo artist now, is collaboration still important?

When you make stuff by yourself, do you have a sounding board, like people whose opinion you trust?

Yes and no. There are some producers who give me a lot more freedom. When I’m in the studio they’re like, “That’s what you’re doing, that’s great.” Other times, I work with a producer who is like, “No, absolutely not, let’s tweak this.” [Laughs] So my sounding boards vary, but I like to think of myself as one, too. When I’m listening to something, if it doesn’t feel right, I gotta change it. My body reacts. My body is like a tuning fork. If the vibrations are off, I freak out.

I’ve read that you grew up in a religious household, and that you were restricted from engaging with a lot of pop culture. How did you deal with that?

That was from ages zero to 10, when [my family was] in Detroit. I’m appreciative of it, actually. I was gonna find hip-hop. It was something that I was destined to do, but delaying it let me find other types of music and understand the roots of where hip-hop came from—it was begotten from gospel, because gospel was the first form of black music in America. Finding gospel first, I think, was important. I was able to evolve from there. When you watch me live, the gospel comes out real hard. So I use it as a tool, and I’m very, very thankful.

What was your involvement in music at that time—were you in a choir?

Oh no, I did not sing—everyone else sang. I just listened, and I would clap. I was little, and I wasn’t really seen as a singer. [My family] thought I was very bookish. They thought I was going to be an English teacher or something. I still try to go to church, but the band gotta be good! I gotta seek out churches where the band is good, ’cos it’s some of my favorite music. [Gospel] gets the largest emotion out of me, out of any genre.

When did you start wanting to perform, or to sing?

I discovered the flute first. And then somewhere around 13 or 14, I decided to rap. I didn’t actually think I could sing until my early 20s. I joined a rock band when I was 19. They were looking for a singer, and I kinda lied that I could sing. When I got to the audition, I was gonna tell them I was actually a rapper, but something weird happened. The band wasn’t a genre I thought I could rap over, so instead of playing their music, I started making up stuff and yelling into the microphone—I didn’t know what I was doing—and they liked it. I started off so big, like Cedric Bixler–loud. I didn’t really see myself as a solo artist until way later. I was very much a collaborator, scared of being out by myself, being looked at. It was a long journey getting to where I am now. I’m kind of a late bloomer.

Do you remember what the first pop culture you discovered was?

I remember when Tupac died. I remember my cousin was really sad. I was trying to wrap my mind around that whole phenomenon, and what it meant to an entire culture of people. I’d had a small glimpse into pop culture—it was hip-hop culture that I had to stay away from [as a kid]. So the first thing that hit me when Tupac died was, “This exists.” Then after that, it was TRL. My sister loved pop music, so I’d get little glimmers of ’N Sync and Backstreet Boys while I was working on my flute. [Laughs]

What was the first music that really became yours?

Oh my god, Destiny’s Child. I love Destiny’s Child so much. We eventually moved to Houston [when I was 10], and there were all these stories of how everyone knew them and what it was like when they were little girls running around in heels, practicing, training to be the greatest R&B group of all time. I wanted my own Destiny’s Child so bad, and I would audition girls in my class to sing. We’d call each other, and I’d be like, “Now, you sing, you sing!” I’d write these songs, would write the harmonies out, and we’d all sing them. I loved Destiny’s Child, and of course I loved Beyoncé so much. But then on the other side of things, B2K with Omarion—I just loved B2K. That was the first band that I had a poster of on my wall! [Laughs]

Didn’t you skip school to see Destiny’s Child at a Walmart?

Yeah! My sister got me out of school to see Destiny’s Child sing. It was a massive Walmart, and it was back when CD sales still existed. I think people think they were in Walmart snapping their fingers, but no—it was an outdoor stage, it was huge. I remember being so grateful for that. I was in literature class, and they were like, “Would Melissa please come to the principal’s office,” and my sister was waiting, and we just went! It was so awesome. They sang this song called “Gospel Medley” that they used to do a ton. They would sing three-part harmonies, and there was this huge finale with an “Amen”—I remember getting goosebumps. I wanted to do that. I wanted to make people feel something like they made me feel with music.

I love that you auditioned girls over the phone to be in your group. That seems so confident—were you always an outgoing kid?

Oh my god! [Laughs] It’s hard for me to tell, because of course I was teased. I’m a chubby girl, I was always a big girl. I was also still very bookish, so they’d call me all sorts of nerd things, but when I grew out of that and started finding myself and my identity, [my personality] has always been as big as I am. Even when I wasn’t fully developed, I still was super myself, whatever that means. I just remember being so serious about these groups. It was terrifying, having to sing! When I sang for my friends, I had to walk all the way away from them and turn around and look out of the window. It was so scary. I was so serious about it, though. It was something in my mind that had to be done—the auditions had to be done! By any means necessary, that was how it operated.

Where had that serious side come from?

As much as I’m funny, I was a very serious child, and when it comes to business, I am a very serious woman. I can handle things. But on the flipside, I’m an extrovert so I can make tons and tons and tons of jokes. I can be very serious, and I think that it comes with experience. Some people are born into this world with experience, and some are born with more experience than others. I was born with a level of experience that brought me to my destiny quicker, brought me to my purpose quicker. I think I navigated using that. It’s not always fun or pretty, but I definitely get to where I need to go by following that. What I’m doing is really important, and I feel like I gotta handle it seriously, for lack of a better word.

At this time, were you thinking of music as something you could do later in life? When did that come?

The thing is, I got a confirmation in the eighth grade, which I won’t really say much about because it’s something that’s really sacred to me. It freaks me out sometimes—I was thinking about this last night, being who I am, being a big girl, about to be on the [Late Show With Stephen Colbert], and the message I’m about to bring, bringing big girl dancers, and the message that we’re doing now with “My Skin” and the people who are supporting me…I had this weird confirmation in the eighth grade that floats around in me, reverberates in my mind sometimes when I’m out working, and so I knew since then no matter what I decided to do, it would have to do with music, and it would be a platform, whether that platform was small, medium-size, large, or extra large. I knew that I was gonna have to carry an important message and do it through music. Now, that being said, I didn’t know how to make money, I didn’t know what it was gonna take. I remember being 20, and I was like, Oh, is this a career thing? I was still waiting tables, doing retail, selling make-up. I always wanted this team of people, and trying to find a team was the hardest thing in the world. Then something clicked into place when I moved to Minneapolis, and everything started happening. Flowers just started blooming.