The most controversial reality show ever taught me it’s possible to build a better world. 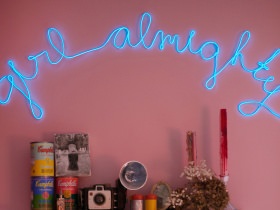 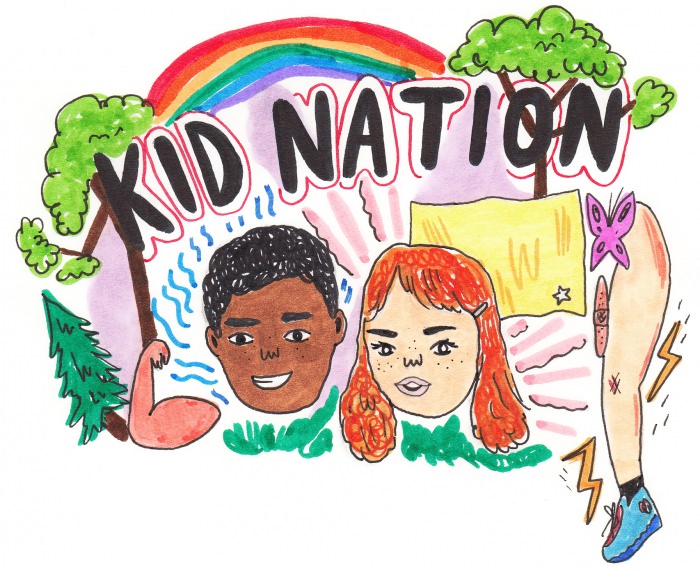 When I was nine years old, I heard an ad on the radio about a new television show—a project called Kid Nation in which kids, ages eight through 15, would run their own town, with no adult supervision, for 40 days, in front of cameras. Naturally, I was enticed.

Once it premiered, in 2007, my parents barred me from watching. As a child, my obsession with reality television was all-consuming. Believing this to have negative effects upon my perception of things such as reality, for example, they decided viewing Kid Nation would not be in my best interest. Not to mention the controversy that surrounded the show: alleged violations of child labor laws, allegations of neglect and abuse, et cetera.

Three years later, in my sixth grade history class, my teacher rolled in a television with a VHS player. (These contraptions were yet to be wholly archaic.) We sat eagerly in our desks, waiting to see what she planned to show us. It was an episode of a reality show, in which kids, ages eight through 15, ran their own town, with no adult supervision, for 40 days, in front of cameras. It was Kid Nation.

The particular episode she showed us, “To Kill or Not to Kill,” dealt with the issue of meat consumption. The children, who lived in the “abandoned mining town of Bonanza City” (more accurately, a movie backlot near Santa Fe, New Mexico) had been eating pasta and canned goods for the week since they’d arrived. The “council leaders” from each of the four “districts” the children had been divided into—Green, Red, Yellow, and Blue—read excerpts from the Pioneer Journal, a newsletter supposedly “left by the previous settlers of Bonanza” every week. (I suspect a production assistant had a good time making the journal on Word.) In this week’s entry, it was said, that while it would be divisive, the question of killing the chickens they were left with must be raised. And so it was affirmed: The people wanted meat. The oldest kid in town chopped the head off a chicken, and they all ate like royalty that evening. Naturally, I was enticed.

I went home and finished the first and only season of Kid Nation over the weekend on YouTube. Now I was 12, and my parents couldn’t really control my reality TV consumption anymore. Aside from the obvious entertainment and joy I found from the program (the 11-year-old Jared’s pimp walk, entrepreneurial spirit, and catchphrases; Sophia, the coolest and hardest-working 14-year-old to exist on a television show, probably ever; my massive crush on the long-haired, 14-year-old Yellow District council leader Blaine) my interest in the show lay largely in my being 12—not quite a teen, but feeling very unchildlike. Kid Nation was the only space, outside of Nickelodeon and the Disney Channel, where I saw the trials and tribulations of kids my age being represented. And here, they surpassed the playful woes of children’s sitcoms. The frustrations I felt when dealing with kids who had different opinions than mine; the joys in the childish nonsense I partook in with my friends; and the emotional wear of new responsibilities, like cleaning dishes or toilets, were all represented honestly, raw and without judgment, in every episode.

Bonanza City was a space in which I enjoyed envisioning myself, with freedom and responsibility, trusted by adults. I spent a great deal of time pondering how I would have reacted to the presented situations, who I would have gotten along with, and how I’d have affected the town. I knew I would have wanted to kill the chicken in desperation for the nuggets it yielded, and that I’d have punched Taylor, an 11-year-old member of the Yellow District, every time she instructed her fellow citizens to “Deal with it!” The power of the town council was attractive to me, but I knew the pressure of running the town would’ve plagued me. Ideally, I’d have filled a role similar to Jared or a 12-year-old named Pharaoh, both of whom were kind to others, served their roles within the town adequately, but, above all, were beacons of comedic light.

Since then, I’ve binge-watched Kid Nation again on multiple occasions, most often during long school breaks or groundings. And each time, I remain as enticed as I first was, but for completely different reasons. Rewatching the show at 14 brought deeper understanding of the actions of the older kids—their desire to shelter younger children from altercations or vulgarity, and the pressure they felt to be leaders. Rewatching the show at 15, I laughed every time the host, Jonathan Karsh, emphasized with redundancy the fact that the $20,000 Golden Star—a prize awarded to whomever the council deemed most vital to the growth and stability of the town that week—was “worth its weight in gold,” as if a $20,000 Golden Star could be anything but. Now, at 17, I see the magnitude that all the children, deserted in the arid expanse that it is the American Southwest, were left to face. I understand why the show caused such an uproar, but my respect for the children who participated only grows. They were intelligent (some extraordinarily intelligent), responsible, determined, and effective. They represented kids pretty damn well.

Take for example, the fourth episode, “Bless Us and Keep Us Safe,” which is likely the most resonant of them all:

In it, the Pioneer Journal posed a question to the council leaders: “Should religion be introduced to Bonanza? And if so, how?” Upon my first watching of this episode, I sided with those who argued it should, naively thinking all the religions practiced by the participants of the show could be practiced in a singular ceremony in conjunctive harmony, like a combination Pizza Hut/Taco Bell of holy worship. But a lot of the town thought otherwise. Pentecostals and Baptists refused to practice in the same room, non-Christians were identified and singled out, and passionate debate ignited, with tensions running high. Kids cried, and yelled, and then cried some more. This frustrates me with each viewing—watching children immediately reject the notion of simply educating themselves in the teachings of another faith. But later, these actions are redeemed when Hunter (Christian) and Zach (Jewish) read through their respective holy books, finding the vast number of similarities between them, sharing them with each other, and those standing around them. At then, at the end of the episode, nearly the entire town gathers at a campfire in the center of town, with representatives from varying religions reciting prayers, some children bowing their heads and praying in solidarity, others staring, wide eyed but curious and willing to acknowledge and respect another culture.

These were things which could never have been achieved by anyone who wasn’t eight, or 12, or 15. When I first watched Kid Nation, I was unable to connect religious intolerance to the greater problems of the world, lengthy wars, domestic and international terrorism, discrimination. I imagine some of the children went home with more accurate perceptions of the “other,” whomever that may have been for them.

Throughout the show there’s a recurring theme of kids proving themselves to the world. Many of the one-on-one interviews feature a kid mentioning how adults have “ruined the world” and the duty they felt to demonstrate, through their successes in Bonanza, that kids were capable of fixing it. Looking back, 2007, the year the show was filmed, was pretty tumultuous in terms of world order. Global warming was under constant discussion, and the public was scared. Wars raged on in Iraq and Afghanistan. The housing market would soon collapse, crashing the stock market, and disrupting the global economy. The financial hardships that made it so challenging for many of the kids to fathom their parents being able to send them to college would only get worse.

These issues—while rarely mentioned on the show, outside of Greg’s sadness when he receives a letter telling him that cousin has been redeployed to Iraq, and Taylor’s incessant praise of George W. Bush’s leadership skills—were the product of adult mistakes, and left to future generations to solve. In a similar manner, some of the most pressing problems the children dealt with on Kid Nation were not even caused by them, but rather planted by producers in an effort to advance the plot.

In his super-interesting Ask Me Anything on Reddit a few years ago, Michael from Kid Nation admitted that the heaping pile of trash, which the children were said to have accumulated throughout their stay in Bonanza, had actually been brought in on trucks by producers. Later on in the season, Mike wakes up to find the job board aflame, thus diminishing their elementary class system, jobs, salaries, and the division of the town into districts. In both situation, tensions rose. While older kids quickly volunteered to wheelbarrow the trash to a hole to be buried, younger kids refused to participate in the effort. When the job board burned, chaos broke out, as children looted the candy store. But in both situations, order was quickly reestablished, as younger kids agreed to pick up their slack with the garbage clean up, and the town agreed to return to its previous state of order the next day, unanimously.

These victories, while small, proved the functionality of the town, and the future these children promised to the world. Of course, none were being asked to draft legislation or create tax brackets. The kids were well aware of why they had no power outside of Bonanza. In their daily chores, they often failed. Districts assigned to the role of laborers left toilets unclean, and dishes splayed through the kitchen. Kids bullied each other. It genuinely seems as though no one bathed. Bonanza City wasn’t meant to last longer than 40 days and certainly wouldn’t have. Toward the end of the show, it was evident the children were growing homesick. And throughout the show, many did go home.

During town council meetings, whenever someone even posed the possibility of departing prematurely, the crowd erupted in discontent, sadness, and anger, children begging whomever pledged to leave, to stay. I always wondered why. The town ran better with more citizens, I suppose, and the children felt they had great deal to prove. And I’m sure there were friendships that existed off camera, but why would a 13-year-old member of the Green District mourn the departure of an 8-year-old he’d never talked to from Red? To me, a third grader going home because he missed his second grade girlfriend too much to stay would mean one less competitor for the Golden Star. Maybe, I was just a really selfish kid. Maybe, for these kids, Bonanza meant a lot more.

The weirdest thing about Kid Nation—and possibly my favorite—is remembering that each “character” on the show exists as a person outside the show. I will admit to having spent a considerable amount of time researching the present lives of nearly all participants, finding them on Instagram, or Facebook, or Twitter. The youngest from the show, who were eight and nine at the time of filming, are now finishing high school, like me. The oldest participants are in their mid-20s now, some finishing college, others married, a few with kids. They have jobs and live real adult lives. Very few are still kids.

The final scene of Kid Nation is a clip from a talent show, the kids huddled around a piano, singing a song of their own creation: