A plan to leave Syria, and grieving at school. 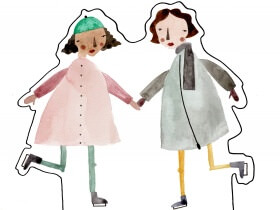 Something really terrible has happened. One of the kids in my grade was involved in an accident and he died. It’s so so strange that he’s dead. I would pass him in the halls, and at the beginning of high school he and I were more familiar. It happened at a lake where a lot of my friends hang out. It’s unbelievable that something like that could just happen.

I feel very weird about my feelings though; I didn’t know him really but I’m shaken up like everyone else. It’s so upsetting, and I feel so bad for the people who witnessed the accident—it was at a birthday party. It must be so traumatizing to watch one of your friends die in a split-second.

I want to go to the memorial site but that feels weird, too. I don’t want anyone to think I shouldn’t be there because I didn’t know him. It’s just that this has had a big impact on our community; school feels really dreary and it’s really upsetting to see how sad everyone is. Assignments and everything should be pushed back so that everyone involved, and the whole community, have the space to mourn. ♦