A timeline of events at the University of Missouri that led to anti-racism protests across the U.S. 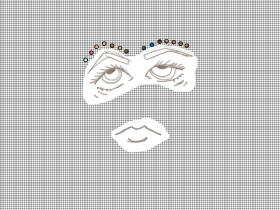 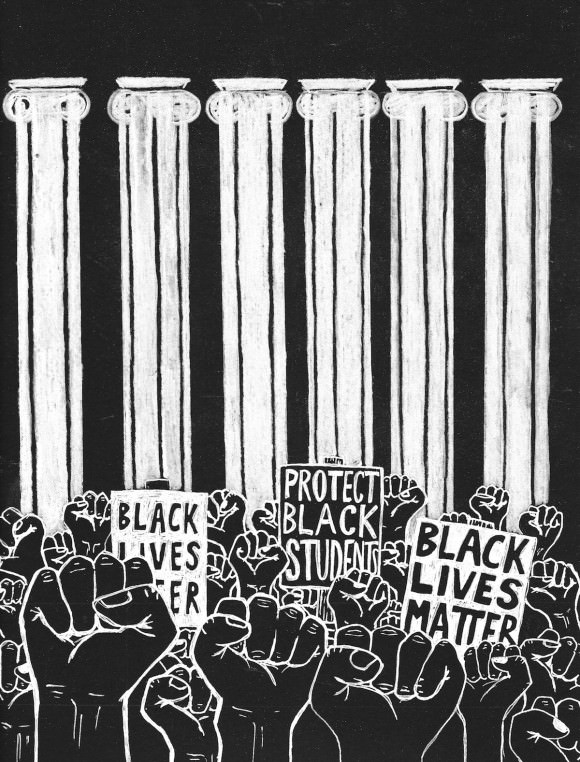 Over the past few months, racial tensions at the University of Missouri have been escalating. A stream of racist incidents has been occurring on campus, and students at the Columbia, Missouri school—also known as Mizzou—are flooding social media with their stories of racism, and calls for change.

.@BrownUniversity: 1.Increase in faculty of color hires and retention. pic.twitter.com/qxnR0KqV0S

A University of Missouri graduate student named Jonathan Butler, who organized and participated in protests in Ferguson, Missouri, after the killing of Michael Brown, brought national attention to injustices at Mizzou on November 2. He began a week-long hunger strike, which called for the firing or resignation of University of Missouri President Tim Wolfe for his inaction in making the campus a “safe, welcoming, and inclusive environment for all identities and backgrounds.” Wolfe resigned on Monday, November 9; Butler ended his hunger strike, but he and activist group Concerned Student 1950 continue their protests and calls to action:

Below is a timeline of recent events at Mizzou:

September 11: Missouri Students Association president Payton Head, who is African-American, was verbally abused with racial slurs. “Some guys riding on the back of a pickup truck decided it would be OK to continuously scream n–- at me.” Chancellor R. Bowen Loftin reportedly did not respond to the incident until a week later.

October 5: A white male student reportedly disrupted a play rehearsal of the Legion of Black Collegians (LBC), calling African-American students “n—-s.” Chancellor Loftin addressed the racist incident, saying, “One bias incident is too many. The incidents that I have heard about—both blatant and subtle—are totally unacceptable.”

October 10: During Mizzou’s homecoming parade, Butler and 10 other African-American students surrounded Wolfe’s convertible. Columbia police “pushed them out of the way, threatening to arrest them and rattling cans of pepper spray in their faces.” Thankfully, no one was harmed.

October 20: Concerned Student 1950 share a list of demands, which include the resignation of Wolfe, and for the university to create a curriculum and atmosphere that is racially and socially aware and just.

October 24: A swastika drawn in human feces was found in a communal bathroom of the university’s Gateway Hall.

November 2–November 6: On November 2, Butler announced, on social media, that he was going on a hunger strike until the university’s president, Tim Wolfe, resigned or was fired. “Since Mr. Wolfe joined the UM system as president in 2012, there have been a slew of racist, sexist, homophobic, etc., incidents that have dynamically disrupted the learning experience for marginalized/underrepresented students at the University of Missouri,” he said in his statement. “I will be embarking on an indefinite hunger strike in opposition to Tim Wolfe as the University of Missouri system president. During this hunger strike, I will not consume any food or nutritional sustenance at the expense of my health until either Tim Wolfe is removed from office or my internal organs fail and my life is lost.”

November 9: Wolfe resigned following protests against his handling (or lack thereof) racist incidents taking place on campus. Loftin will step down, effective January 2016. The University of Missouri Board of Curators also plans to implement new initiatives they plan to implement to “address the racial climate on its campuses.”

November 10: African-American students were reportedly being surrounded by and threatened by white students on campus. Racist threats were being posted on social media app YikYak, one message saying: “I’m going to stand my ground tomorrow and shoot every black person I see.”

Mizzou campus leadership posted a message on the university’s “online emergency information center” that stated they were “aware of social media threats and increased security” and “investigating reports” of threats.

When a Mizzou student reached out to professor Professor Dale E. Brigham over email, expressing fear to attend her Nutritional Science 1034 class the following day, he replied by saying, “If you don’t feel safe coming to class, then don’t come to class. I will be there, and there will be an exam administered in our class.” He continued to associate the threats with “bullies,” saying “If you give into bullies, they win. The only way bullies are defeated is by standing up to them. If we cancel the exam, they win; if we go through with it, they lose.” Brigham resigned soon after. Some classes were indeed canceled.

Not even an ounce of empathy “@oregon_girl3: @bdoulaoblongata @Mizzou response from a professor just now. pic.twitter.com/I6PhQ6Gvrg”

Some classes were canceled.

November 11: Hunter M. Park, a 19-year-old white male, was arrested for posting death threats on YikYak. Park confirmed to police that a threat he made (“Some of you are alright. Don’t go to campus tomorrow”) “mimicked” a threat made before a shooting at Umpqua Community College in Oregon in October. Park “smiled and stated, ‘I was quoting something.'” When asked if it was in regards to the Oregon shooting, Park said “Mmhmm.”

Mizzou’s online emergency information center was updated with a message: “University of Missouri Police have apprehended the suspect who posted threats to campus on YikYak and other social media. The suspect is in MUPD custody and was not located on or near the MU campus at the time of the threat.”

Students at universities across the United States have been standing in solidarity with the Mizzou students in protest, on their own campuses and their timelines. ♦