Scream Queens, Scandal, and How to Get Away With Murder deliver the drama. 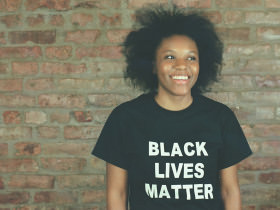 We Will Be Heard

It’s that time of the year. Thanksgiving hasn’t happened, and it’s not yet time for December holidays, but we’re being inundated with holiday episodes. TV hiatus season is both terrific and cruel. (We miss you already, Bob’s Burgers!)

In drama-land this week, Scandal brought a timely fall finale that led to the explosion of Twitter, while How to Get Away With Murder solved a season-long question.

**Hi, this is your spoiler alert! Read on if and only if you’ve caught up on this week’s episode’s of Scream Queens, Brooklyn Nine-Nine, Bob’s Burgers, How to Get Away With Murder, Scandal, and Empire.** 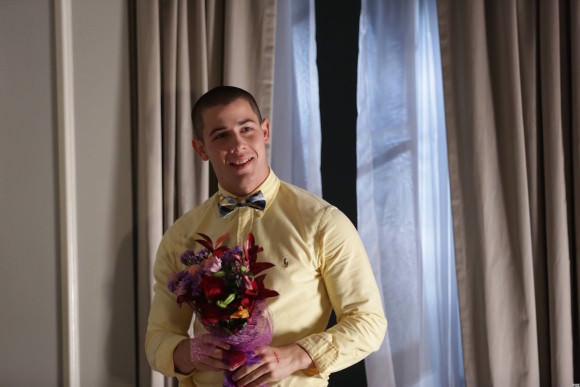 We could have had it all, Scream Queens fans. We were so close to more Nick Jonas, only to have him beautifully stabbed away from us. In this week’s episode, we got closer to unmasking the third Red Devil. Things are also getting intense at the Kappa house. Boone (Nick Jonas) almost blows his cover when Chanel No. 3 sees his Joaquin Phoenix facial hair fall off; lucky for him, she thinks he’s a ghost. He uses the slip to his advantage and “comes back from the dead” to seduce Zayday, revealing that he was the killer who kidnapped and fell in love with her.

We learn that Boone is not just the Bathtub Baby, but that twins were born to the deceased mother and then raised by none other than Gigi. Still, who is Boone’s twin sister? I can’t think of an option, because all of the other young women are either dead or have been trapped in the Kappa house with other living sorority sisters. Anyway, Boone’s love for Zayday completely blows his cover. His masked twin murders him as he confronts Gigi for not appreciating all that he’s trained himself to do in the name of ~cold-blooded murder~.

Meanwhile, at KKT, Chanel No. 6 (previously known as Neckbrace) pretends to be pregnant to steal Chad from Chanel No. 1. Chanel becomes viciously bitter, and pushes the newest Chanel down some stairs in an attempt to kill her. Of everyone on the show, Chanel No. 1’s death count is the most obvious, she’s now murdered two people, without a second thought and in front of WITNESSES, no less.

What’s next? I’m upset that Nick Jonas’s absence from the show is about to be very real, but I’m thankful that the suspense is thickening in an incredible way. Could Chanel No. 1 be the third Red Devil? If so, how? There are so many logistical elements that rule out all of the girls, but the Red Devil has to be someone we already know, right? RIGHT?!? –Brittany Spanos 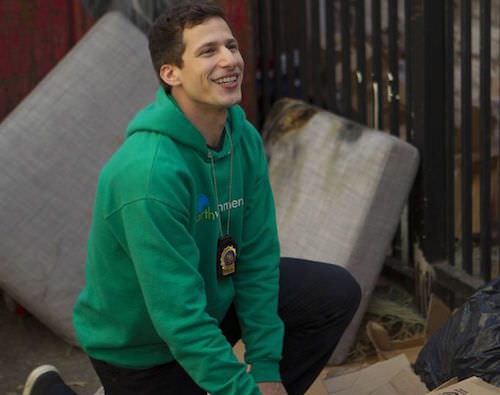 Can work and #romance mix? Yes, they totally can, and Jake and Amy’s relationship so far has been proof. But we’ve also never seen them pair up as partners, until now. This week, the two find themselves in a bad place over Jake’s terrible mattress, which ends up jeopardizing their case. Amy is both overtired and resentful of Jake’s unwillingness to compromise and get a new one. Fortunately, with the help of Holt, they avoid disaster. Amy and Jake realize that if your partner can’t sleep because someone’s mattress is so terrible, the fair thing to do is save up for a new one. —Anne T. Donahue 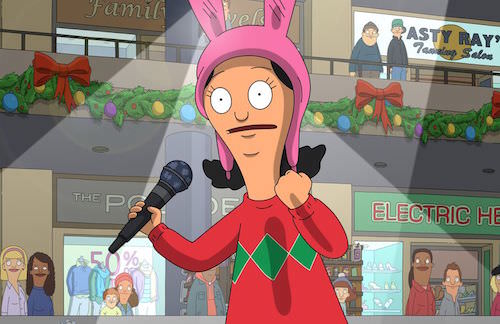 This week, the Belcher kids kicked a mall Santa out of his massage chair, and out of sheer selfishness. Haunted by the worry that they’d forever be on the naughty list, they organize the Nice-Capades, a celebration of talent, kindness, and proof that Gene, Tina, and Louise deserve to get presents this year. But alas, collective conscience pulls through and Louise realizes that parading faux niceties isn’t close to the real thing, making her nice and totally deserving of presents. –Anne T. Donahue 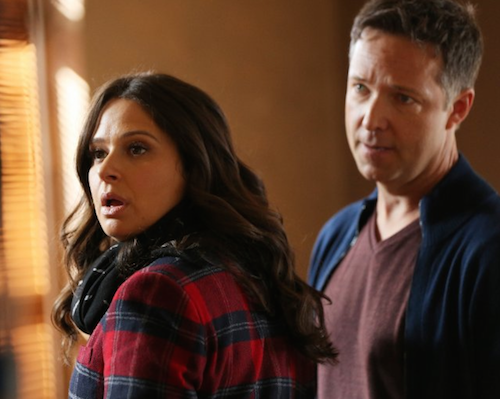 Katie Lowes as Quinn Perkins and George Newbern as Charlie.

Olivia Pope received a brand new couch and a brand new outlook on life. In
Scandal‘s winter finale, Liv had a startling realization that she can’t maintain a relationship that requires her to play the supporting role, even if it’s with the man she thought she couldn’t live without. Fitz and Liv were finally honest with themselves, and each other. They reached the end of a high-profile journey and called it quits on Christmas Eve, the same day Olivia got an abortion. I didn’t see that scene coming. But, while this relationship burned out, another partnership reignited. Papa Pope and Jake are back in business. After Huck had a change of heart and freed Command from captivity, B613’s former leader teamed up again with his predecessor. Senator Mellie Grant also had a shining moment after she stuck to her guns to make sure Planned Parenthood received the proper funding. There’s no telling what next season will hold, especially since there were no cliffhangers to keep us holding on until February 11. –Camille Augustin 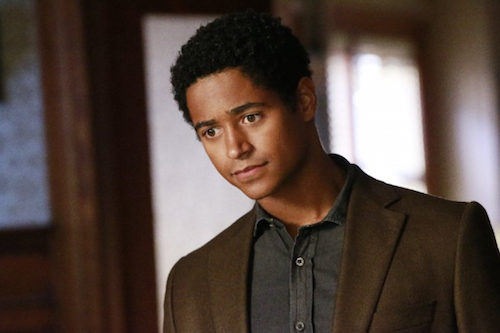 This show deserves all of the trophies next awards season. The characters’ secrets came to light on this week’s episode, and the flashes forward that have teased us all season helped connect the dots. To begin, Asher killed Emily Sinclair, the prosecutor, after she said a few things about Asher’s father, who had just committed suicide as a result of his dirty laundry being aired. Bonnie and the frightened students helped cover up Sinclair’s death to make it look like a hit-and-run.

But it’s what happens next that made me throw in the towel. To divert the blame from Asher, Annalise tells the police that Catherine, her former client, shot her. Annalise has that fib down pat—now all she needs is a gunshot wound to make her lie look real. She asks each of her students to shoot her in the leg; they all decline. To goad Wes on, Annalise confesses that his ex-girlfriend Rebecca is dead, which makes him see red. He shoots her in the stomach, and before he can shoot her again, Annalise croaks out the name Cristof. The name rings a bell with Wes, probably because that’s his real name. Cue a flashback of a younger Wes in an interrogation room, where he supposedly recounts his mother’s death. Annalise and Eve, while in Wes’s flashback, utter, “What have we done?” It’s safe to say that Annalise has been ruining her students’ lives way before they enrolled in her class. –Camille Augustin 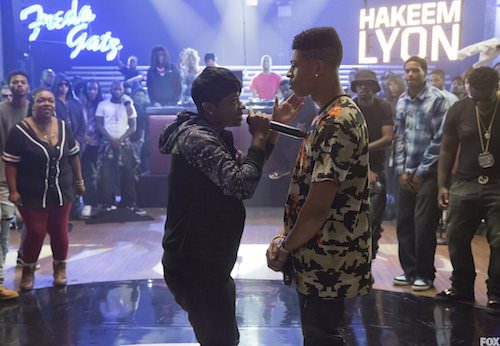 Until this Wednesday, I thought Empire was slowly phasing Boo Boo Kitty out of the series: I was wrong, but I’ll get back to that in a minute. Jamal landed a major deal with Pepsi! Frida ether-ed Hakeem in a rap battle, but somehow he won?! Lucious and Cookie are still fighting for the attention, love, and affection of their kids, while trying to profit off them. We finally met Cookie’s sister Candy, portrayed by Vivica A. Fox. She referred to Cookie by her government (Laretha). Our time with Candy will be real.

Now, back to Boo Boo Kitty. I’m still wrapping my head around the fact that Anika thinks she’s pregnant with Hakeem’s child. Also, when she went to tell him, he confessed that he was in love with someone else. She then disguised herself as an UBER DRIVER to either kidnap or scare his new love. For real, is Anika that crazy and desperate?

Oh! Is Rhonda really pregnant or nah? I will ask this every week until it’s confirmed. I think she’s faking it to pull on Lucious’s heart strings and keep Andre from himself, but I’ll remain optimistic. –Taj Rani ♦