Life Skill: How to Get and Give Constructive Criticism 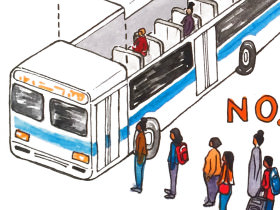 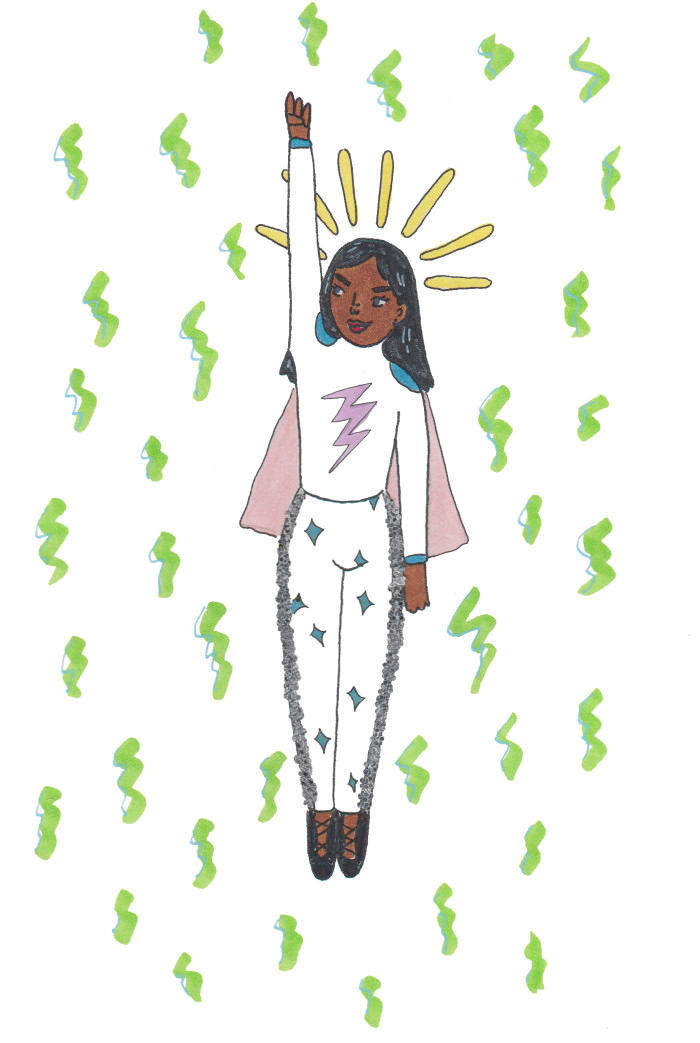 We are all creators. Whether it’s an essay for school, a poem, a killer layup, a drool-worthy caramel-apple pie, a secret YouTube channel, or our LIVES, every one of us is hard at work on something. Often, other people have opinions about whatever it is we’re doing, and they share those opinions, whether we’ve asked for them or not. This kind of feedback can be super helpful, but even when that’s the case…it can be so hard to hear. Why? Because in general, it is much, much easier to pass judgment on something than it is to create something, and when you’re the one toiling away at the thing AND the one getting criticism—no matter how constructive—that (understandably) can be very difficult to reconcile. On the other side of the fence, it’s also tricky to give someone constructive criticism, even when they’ve requested it, because you don’t want to hurt their feelings.

TBH, criticism—whether giving it or getting it—can seem like a hard-to-navigate lava field full of red-hot bubbles of wounded pride and gushing steam-geysers of insensitivity. But there is a way for everyone to get from one side to the other without getting burned. Follow me!

1. How to Get Constructive Criticism

Let’s say you have a zine, and you wrote or drew everything in it. It took a few weeks, and you’re really proud of it. You want to show it to your best friend to see what she honestly thinks of it. Before you do, pause for one second: Are you ready to hear anything less-than-positive about the zine that you’ve worked so hard on? Or are you looking for some fortifying praise? Either option is OK (there’s nothing wrong with asking for a boost when you need it, especially to push through a project), but know what you want going in. If it’s constructive criticism that you seek, keep in mind: It is not fair to ask someone for their feedback only to get upset if the feedback is not what you were hoping to hear. Then, here’s what you do:

Allow me to demonstrate how the same scenario can go two totally different ways!

Fictional Friend of Mine: [Flipping through zine I made] This is really cool. I like the collages.

Fictional Me: Did you read the poem?

Friend: …yeah. [Silence] I dunno about this poem.

Me: [Instantly annoyed] It’s supposed to be intense. That’s the whole point.

Friend: I know, it’s just kind of a lot. Like I didn’t know you were thinking that stuff.

Me: OK, sorry it’s too much for you. Give it back, I shouldn’t have shown it to you. It’s really fun to spend forever making something and then have someone hate on it.

Friend: I wasn’t hating on it!

Me: Whatever. It’s fine.

Heyyyyy there! Fictional Me directly asked Fictional Friend about the poem, but then jumped all over her for having an opinion! And I didn’t really hear her out or try to find out why she felt that way. NOT COOL, Fictional Me! Let’s try again…

Fictional Friend: [Flipping through zine] This is really cool. I like the collages.

Fictional Me: Did you read the poem?

Friend: …yeah. [Silence] I dunno about the poem.

Me: Yeah, I know. I wondered what people would think about the poem, to be honest. What about it feels intense?

Friend: It’s just kind of a lot. Like I didn’t know you were thinking that stuff.

Me: Thanks for telling me. Is there a part of the zine you really liked?

Yay! This time around, there was the same potential for hurt feelings, but Fictional Me listened to Fictional Friend, then gently dug for more details. Then I thanked her and directly asked for praise, which I—I am not afraid to admit!—needed.

If you approach someone for their feedback about something, it’s helpful for everyone involved to guide them toward whatever you’re especially interested in getting feedback about, then open yourself up to what they have to say. If they like something, ask for details about what, exactly, works for them. If they don’t like something, still ask for details, but resist the urge to jump all over them. Getting really defensive or firing back with all the reasons why you did what you did every time someone offers an opinion that is less-than-positive may make the person you asked think twice about offering it again. You don’t have to like the feedback you’re getting, but, as long as someone’s being constructive, try to find a way to discuss what bothered them without turning it into something negative. What they’re saying may be hard to hear, but you trusted this person enough to ask for their help, and they offered—give ’em the benefit of the doubt.

2. How to Give Constructive Criticism

Now it’s your turn to dole it out! Let’s say you have to do a report with a partner and—yes!—it’s your friend. This will be great. You divide up the work, choosing who will do what, and agree to have everything ready on Friday. The paper is due Monday. When Friday rolls around, your friend hands you her portion of the work, and it’s…wow, it’s pretty bad. She did her research but could not have spent more than 30 minutes organizing and writing it; the citations are a mess, and she’s a page short of what the assignment asked for. Your portion of the work is polished, and (if you do say so yourself) pretty good, actually. But what do you do about your friend, who you’re relying on? It’s time for constructive criticism! Don’t be nervous! You’re not going into this unprepared. You see, you have a tasty treat/tool in your backpack: the Constructive Criticism Sandwich. Delicious!

So what’s this Constructive Criticism Sandwich? It is a time-honored classic, beloved by good teachers and bosses. Here’s how you make it:

When you serve someone this sandwich, the criticize-y part goes down a lot smoother. Watch!

Fictional Me: Hey, can we talk about this project for a sec?

Me: [THIS IS THE TOP PIECE OF BREAD ON THE CONSTRUCTIVE CRITICISM SANDWICH] You found awesome sources for your part of this paper—the research is super solid, and it’s definitely going to help our argument.

Me: [THIS IS THE CONSTRUCTIVE CRITICISM FILLING] There are just a couple things left to do, to make this really strong. I think we should move this sentence up here, so it’s clear—it’s the thesis statement—and we definitely need to make sure we’re citing all our sources. I can help you with your citations, if you need it. Also, we for sure need this to be at least a page longer—is there another solid example from your research that could be added to your part? We can brainstorm about what to pull from it for that last page now, if you want.

Friend: ::frowning vaguely:: I guess? I mean, I thought I was almost done.

Me: [THIS IS THE BOTTOM PIECE OF BREAD] You are! You’ve done most of the work, and the info you have is really good. I love how clear the idea is! We can move that sentence I mentioned now, and you’ve got so many notes already. One more page, citations, and you are done! Our report is gonna be awesome!

And there you have it! Not only did I praise the work my friend had already done, but I explained what she needs to do to bring her part of the report UP TO THE LEVEL and offered to help.

What if she got defensive? Well, hey—she’s only human! Like we talked about before, this is hard for everyone! I would have gently reminded her that we have the same goal—to make the thing we’re working on together as good as it can be. Because that’s the secret, really, to constructive criticism: It’s not personal—it’s friendly, helpful, respectful feedback about work. Hey, look at us: all the way on the other side of that lava field, and no one got hurt! ♦