John Heart Jackie: If All I Want Is Love

A song premiere by the folk-pop duo. 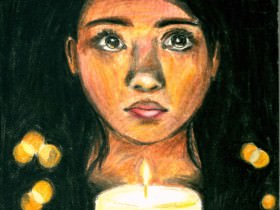 The Ways We Grieve 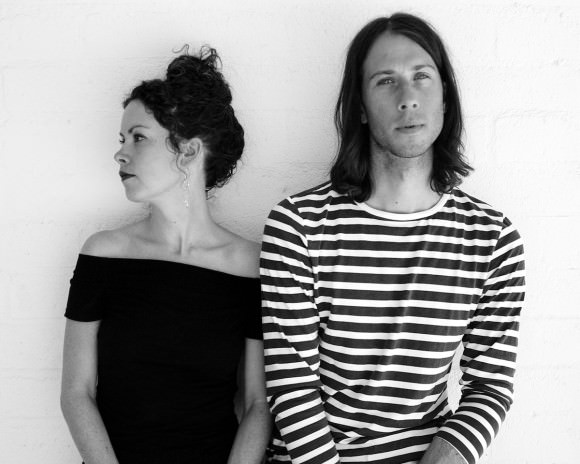 John Heart Jackie–the duo comprised of Peter M. Murray and Jennie Wayne–has a way of spinning their vulnerabilities into folksy, low-key pop songs. Their upcoming sophomore album, Episodes, out January 22, comes with all the feels: ones that tackle love, life, and loss. Below, we get a sneak peak with the premiere of “If All I Want Is Love.”

I spoke with Jennie and Peter about collaborating, creating personas, and how to retain an IRL sense of self.

ANNE T. DONAHUE: Tell me about “If All I Want Is Love.” It sounds like it’s about the bargains we tend to make with ourselves, and the bargains we make with the other person we fall in love with. Am I right, or am I totally in left field?

PETER M. MURRAY: There are a few themes in this song, one certainly being the concessions we make in falling in love with a person. Relationships are a constant navigation of the best and worst parts of both ourselves and our partners. But, the song is definitely sung from the place of desire.

JENNIE WAYNE: And while the song is blatant in declaring that desire, it’s sung by a very confident, feminine voice. The protagonist of this song is a strong woman.

You describe the album as a survey of a human relationship, and a depiction of characters you created. Would you say Episodes is a work of fiction or non-fiction?

PETER: I think the idea with Episodes, and John and Jackie, is to explore that space where fact and fiction overlap. I don’t think you can write about something you haven’t experienced. All of our initial ideas are based on our own experiences, but what we seem to find most interesting about this project is how our initial, autobiographical ideas always become something so much more when we explore them in the context of the character study of John and Jackie. It’s as if you’re looking at yourself through the eyes of someone else.

Where do Peter and Jennie end, and John and Jackie begin?

PETER: I think this is something we’re continually trying to figure out. We’re not really quite sure ourselves. We remain interested in the question itself.

JENNIE: When I listen to the lyrics I wrote for this album, it’s nearly impossible to disregard the event or feeling that inspired the song. It’s all so personal. Simultaneously, however, when I listen with a more open and analytical ear, this other narrative emerges. Again, it’s that idea of looking at your own life through the eyes of a character you’re exploring. When I explore my own experiences through the lens of Jackie, I’m always amazed at what parts are filtered out. On some level, John and Jackie might simply be more concise, acute versions of ourselves.

I think a lot of us tend to create personas for ourselves, regardless of our industries or what we do–whether it be our Internet self versus our IRL self. How do you differentiate between your personal and private selves?

PETER: I think this band is a constant exploration of just that. In the pre-internet age, it was only public figures and performers that were able to present different personas. You look at people like Tom Waits or Grace Jones, [and] you forget that they eat toast for breakfast just like you.

Today, each of us have both a public and private self, and the line is very blurred between what’s acceptable to share and what isn’t. Whether you’re Kanye West or my mother, you have to make decisions about your public self versus your private self. I do think, however, that the private self can learn from the public self in some weird way. The public persona allows you to present only the best parts of yourself, and if done correctly, it can really allow us to manifest some of those things in our real lives. For years, I wanted to be a musician and by putting it out into the world, it became reality.

How have each of you helped bring out something new in the other, creatively?

JENNIE: I think the functionality of this band exists largely because of our creative differences. Every song, video, photo, and letter is a product of that dichotomy. I grew up listening to my parents’s ’60s folk records, and I usually gravitate toward what’s major. Peter was listening to modern rock radio and can tolerate things that are a little more abrasive. But, that creative tension and aesthetic differences always seem to get us much farther than we would ever get on our own.

What’s the scariest part of collaborating?

PETER: There’s a lot of vulnerability in working this closely with someone. We are continually presenting ideas to each other, many of which are shot down by the other person. You’re often putting your ideas and yourself on the line much of the time, only to have them rejected. Collaborating can be a good exercise in falling down and getting back up again. ♦