It’s About Equality: An Interview with GRRRL PRTY 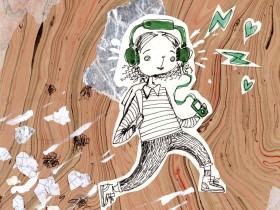 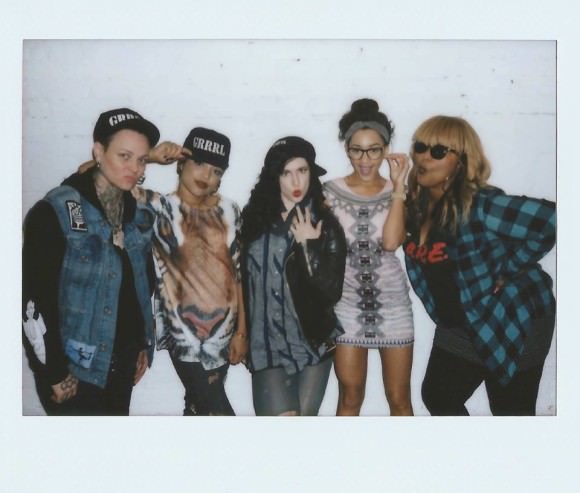 I spoke with some of the members of GRRRL PRTY about feminism, Destiny’s Child, and standing up for yourself.

SYDNEY GORE: Growing up, which groups inspired you to create music?

LIZZO: Beyoncé and Destiny’s Child really helped me when I was younger. [Manchita and Sophia agree in unison.] I was always forming groups with my friends—R&B groups with one rapper, like TLC. There are obviously other influences, but when it comes to GRRRL PRTY, making music with my friends, who are talented and also happen to be women, the [inspiration] came from Destiny’s Child, the greatest R&B group of all time. [Laughs]

You take such a strong stance on feminism, in your music and in real life.

MANCHITA: [While] I think feminism is the belief that men and women are equal, it reaches further than just gender and equal rights for men and women. It’s about equality for everybody. Right now, movements are divided. We need to really fight for individual rights like Black Lives Matter, [gay rights], equal pay for women, and the general ideological transformation of our society.

LIZZO: I’m at a point where I’m like, “What about fairness?” We’re talking about equality. Why don’t we make [things] fair? If you’re not going to shoot a little 11-year-old white boy, then don’t shoot a little 12-year-old black boy. If I look cute and you want to ask me about it on the red carpet, [also] ask a dude. At the same time, it’s not fair to make THAT the only thing about me. Once we get people to start thinking about [what’s fair], I think we’ll make some strides.

Do issues that you’re all passionate about come through on the new EP?

LIZZO: Yeah. “Klank Klank” is flirty; [we’re] like, “You’re never gonna get it.” But, we’re also saying, “Listen, to what we’re saying. Listen underneath that, and get it through your mind that just because I am a woman, does not give you the right to [go] beyond desiring me. We’re writing these verses to get our own personal demons and problems out. At first, artists are trying to get the words off their chests, because we don’t always get the opportunity. As our music evolves, the message will evolve. It’s hard to start off being like, “We are the world,” when we’re like, “Why am I in this world?”

MANCHITA: There’s a lot of power in our delivery and anger in our messages. There’s this boiling up of stuff that we are just letting go. It’s all coming from this place in our guts that’s just pissed. I consider every GRRRL PRTY song a battle song. We write fight songs. [Laughs] We’re charged, and [our music] is inseparable from who we are as people.

SOPHIA ERIS: There’s a song called “Can I Live?” on the EP. At the time, there was a lot of turmoil in Ferguson, and a lot of really bad things were happening. We felt an angst inside. We were thinking, “Can I live?” And, we went off that feeling.

MANCHITA: On “Klank Klank,” we’re laying claim to our bodies. We’re like, “I see you looking, but I don’t care. Back up, it’s not for you. This is my body.” The truth of the song is taking control of our physical selves and being in charge of our bodies.

LIZZO: On “Can I Live?” I say “you make me sick” because I just don’t have any other words, you know? “Klank Klank” is about—and this happens a lot—[when] dudes come around a group of women that’s killing it, and they think they can cruise through with the crew and try to [hit] on all of us. When men do this, it’s annoying. It’s not even cute. On the EP, I’m able to express myself. ♦