The legend of a super-creepy flying thing. 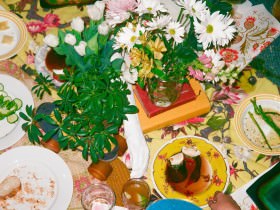 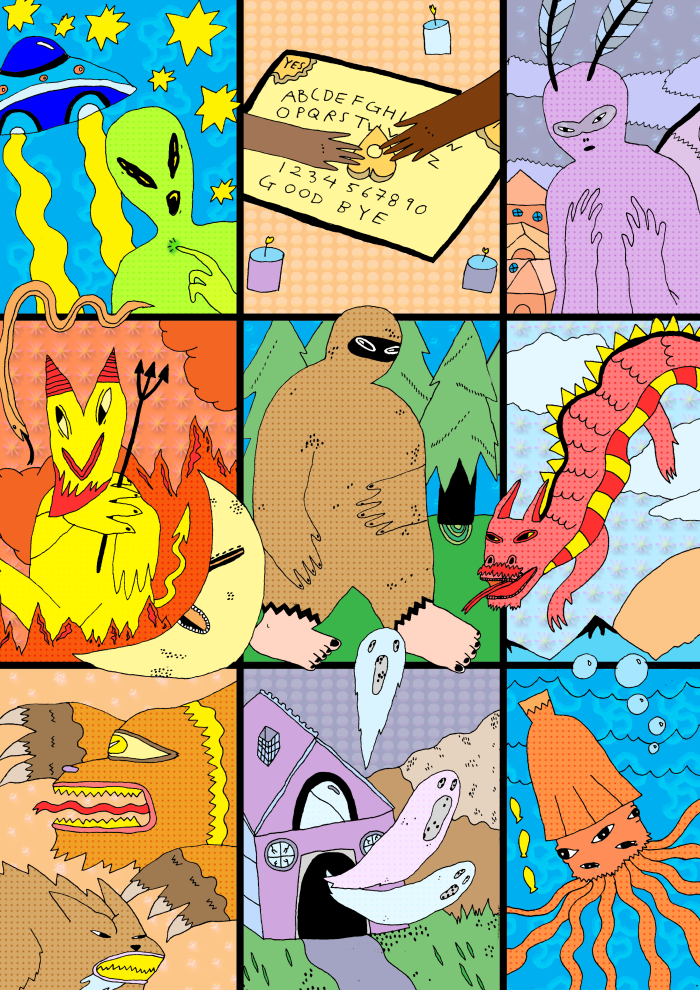 Warning: Today’s Eerie Update, about a mythic figure known as Mothman, is so creepy that I had trouble sleeping after I wrote it! Proceed with caution if you are easily freaked out.

Legend has it that Mothman—a creature resembling a moth and a man, as its name nicely summarizes—roams the state of West Virginia, near a town called Point Pleasant.

Depicted here in this goosebumpadocious artist’s rendering, Mothman is generally considered to be a cryptid, which is a creature whose existence is believed by some, though not proven by the scientific community due to a lack of evidence. (Sasquatch and Chupacabra are other examples of cryptids.) There are some people out there, though, who believe Mothman is an alien, or an incarnation of evil. Yikes!

The first sighting of Mothman is believed to have been in a cemetery in Clendenin, West Virginia, on November 12, 1966. Five dudes were preparing a grave when they saw a large, human-like figure fly over their heads. They were convinced it wasn’t a large bird—it was some sort of humanoid creature. Three days later, on November 15, Roger and Linda Scarberry and Steve and Mary Mallette were driving around in Point Pleasant, West Virginia, about an hour away from Clendenin. As they went past the West Virginia Ordnance Works, an abandoned ammunition plant from World War II that locals nicknamed the “TNT Area,” they claimed to have seen a large, human-like creature with glowing eyes and 10-foot wings. They took off but saw the creature again, staring at them from atop a hillside. They sped away at over 100 miles per hour, but Mothman was able to keep up. Once they reached Point Pleasant, he disappeared. “It was shaped like a man, but bigger. Maybe six and a half or seven feet tall. And it had big wings folded on its back,” Roger Scarberry told police at the time. Linda Scarberry explained, “But it was those eyes that got us. It had two big red eyes, like automobile reflectors.” OH NO HE BETTER NOT WITH THOSE EYES!

More Mothman sightings were reported by other concerned citizens. Newell Partridge was in Salem, West Virginia when he had his reported encounter with Mothman. He said he was watching TV when the screen suddenly went dark. His dog, Bandit, started howling like crazy, so he went outside and saw Mothman’s glowing red eyes in the distance. Bandit ran across the yard toward the creature despite Newell telling him to come back. Sadly, the dog was never seen again.

Rumors began to spread about what Mothman could be. Some people thought it was a mutant creature created from a nearby chemical dump, while others thought it was part of “the Cornstalk Curse,” a hex believed to have been brought upon the region after a Shawnee leader was murdered in West Virginia’s Ohio River Valley in 1777. Local authorities wanted to attribute the Mothman sightings to an actual bird, a large sandhill crane that had just strayed from its migration route.

Paranormal writer John Keel heard the stories and traveled to Point Pleasant to gather information about Mothman from the witnesses. He ended up publishing a book in 1975 called The Mothman Prophecies, which subsequently inspired the 2002 movie of the same name. It was this movie that first got me interested in and fully freaked out about Mothman!

To me, the creepiest part about Mothman is how people believe he is connected to tragic events that have taken place after his sightings—almost like he is a harbinger of tragedy or an angel of death. On December 15, 1967, Point Pleasant’s Silver Bridge collapsed during rush hour, resulting in the deaths of 46 people. The incident caused Mothman believers to link sightings of him to the tragedy. Some believed he caused the bridge to collapse (that whole harbinger of death thing), while others believed he was trying to warn people.

People from around the world claim to encounter the mysterious Mothman to this day. YouTube is littered with questionable “Mothman sightings” such as this alleged sighting in New York and this incredibly long Easter egg hunt video that concludes with either a glimpse of Mothman or some kind of bug. As for Point Pleasant, the town has embraced its local legend with a Mothman Museum, an annual festival complete with a “Miss Mothman” pageant (imagine winning that title), and even a statue made in the creature’s likeness. It makes me wonder, just WHAT did all of those people actually see flying around in West Virginia in the ’60s? We may never know! ♦