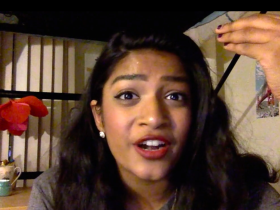 Upasna Asks: What Are My Squad Goals? 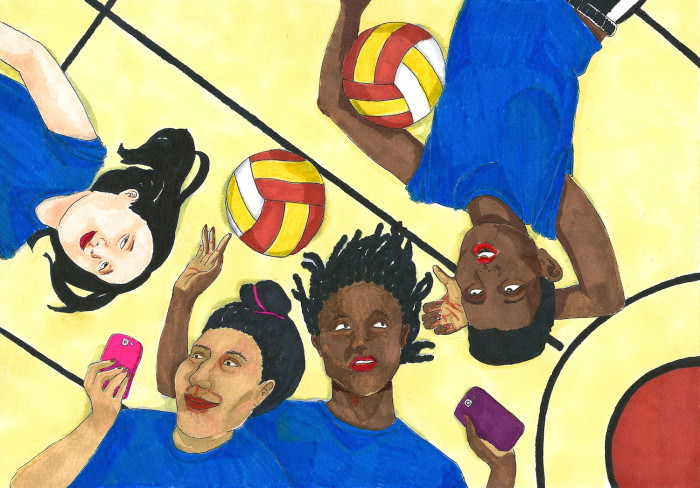 November’s theme is ASSEMBLY, inspired by the quiet sense of unity that wells up after the initial shock of how ginormous the world is, that your teachers are real people with problems, and that your friends’ families are messed up, too. I feel constantly overwhelmed by the knowledge that I am different from other people; not that I’m this huge outcast, but that everyone is alone with themselves. On most days, though, this elicits a wave of compassion, because if my inner world is this odd, then theirs must be, too, like, even if this guy in the waiting room is being a monster to whomever is on the other end of his phone call, I am mostly sure it comes from a sad little pocket that resembles my own reservoir of insecurity and fear. Maybe not. Some people are actual monsters, robots, and vampires. But it is healthier for the heart, as David Foster Wallace articulated here, to presume otherwise. This confinement to ourselves is, in fact, shared, and probably the one thing we all definitely have in common.

The tension between not wanting to be alone but not wanting to join the group was always magnified for me by school assemblies that were stupid but painfully sincere, like the speaker was usually trying to do a genuinely decent human thing by talking to us, and I sympathized that students were giving them a hard time, but I was certainly not about to like, DEFEND the assembly or anything like some herb! Last November’s theme was about everlasting marriage-friendships, but Assembly is about the groups you don’t choose, where the circumstances force you to become super close, but the bond could never carry over into real life. School, camp, sports teams, plays, clubs, youth groups, group assignments. You feel both enabled to become someone other than yourself, and finally allowed to be who you truly are, knowing no one will speak of it ever again.

Mosey on over to the Submit page to see what kinds of stories and art we are looking for this month, and stuff to know about sending it in. Tell us about your experiences with connections that were forced but became real, or with school assemblies that prompted whole inner crises! Say, the Assembly feeling is quite relevant to the upcoming holidays, too, and so maybe you have thoughts on family, the original forced-connection-that-becomes-real. We want to hear about any ideas that get you remotely excited, even if they are not perfectly November-esque, and we know that you will ASSEMBLE something GREAT! (Unless I scared you away with that terrible joke, just now.)