Self-diagnosing on the internet and thoughts on the European refugee crisis. 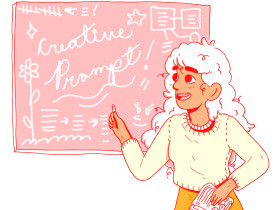 The other day, I woke up feeling stressed out. But I decided to get over it and start my day with a smile. So I cleared my head, put a smile on my face, and headed toward school. I didn’t know how my day would unfold, but I was hoping for a good one. As I was waiting at the bus stop, a barefoot woman in her forties arrived. She was screaming and yelling at an imaginary person. Some people were scared of her, while others showed sympathy because they knew her and her story.

Some of the bystanders explained that she had lost her whole family, that they were killed in front of her, and since then, she had lost it—her mind had become another victim of this bloody conflict. I tried to forget about her, and to continue with my day, but it was futile. Her face and her voice haunted me wherever I turned.

The traffic was horrific, too. Checkpoints were everywhere, adding hours to already prolonged commutes. Many people walk to work now in order to arrive on time. But however they get there—walking, on the bus or in their own cars—people arrive and they are already exhausted. How could anyone expect them to be productive?

On one corner right before school, there was a little boy, not older than five, sitting on the curb, begging for money. People begging for food and money are everywhere these days, but seeing a little child doing it, instead of being at school or playing with friends, breaks my heart. When I got to school, my friends showed me pictures of displaced Syrian families stuck at the borders of European countries, trying to find new lives illegally. Their faces show humiliation and exhaustion. How could I continue with my day after all of this?

I try. We all try to pretend that we have normal lives, but everything around simply fails us. Some people say that we should just get used to the situation. Why should one get used to pain? Sometimes we give up, and other times we console ourselves with empty and false words.

Don’t all human beings deserve to have one day—one normal day—when if they decide to face it with a smile, they are not beaten down?

What happened that day repeats itself in one way or another every single day. I am drowning in sadness and pain. The bitterness of my reality has even found its way into my own dreams, and my nights are now even worse than my days. The strangest thing is when people ask me, “What’s going on? You look exhausted!” But, isn’t everyone exhausted? Why do people ask? Don’t they know the answer already? It’s inscribed on the face of every Syrian.

I am still thinking about leaving and starting my life somewhere new. But what if my dreams of a decent life abroad are illusions? I am not sure, but I will try anyway. I feel that I’ve become a statue: I cannot work, study, or even make a decision. I am overwhelmed and exhausted and desperately looking for a way out of this abyss. ♦