Being a minority on campus is harder than we thought. 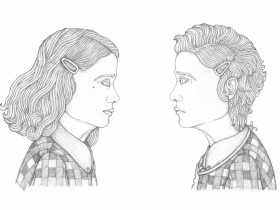 Doing What I Thought I Wouldn't 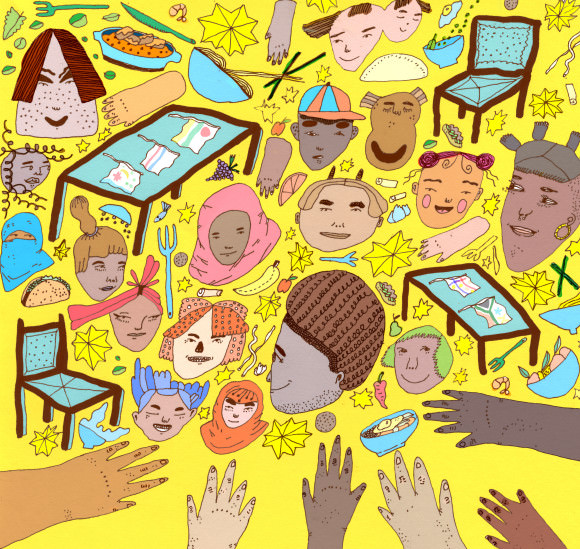 When I met the girl who runs the “diversity club” at my college, and I asked her why she started it, her exact words were: “It was either start this club or transfer out.”

I am Indian. I’m a freshman at a very small college—enrollment is roughly 3,000—in an affluent suburb that’s about 40 minutes from Chicago. It takes only 10 minutes to get from one side of campus to the other. It’s a safe, cozy, and already-familiar environment. However, our campus is mostly white—77 percent to be exact. I knew I would be a minority on campus, but I wasn’t prepared for the lack of people of color to be so overwhelming. Move-in day was a culture shock. As I walked to my dorm with my parents, I could count the number of people of color we passed on campus. One. Two. Three, maybe? No, two.

I was worried about making friends; I was worried about people asking me where I’m “actually from,” or where I was born, or if I have a nickname because my real name is “weird.” These thoughts ran through my head as I unpacked my clothes, as I met my peers in my orientation group, and as I called my mother that first evening and wished her goodnight.

My roommates are Nicole, who is white; Leonor, who is Mexican; and Nancy, who is Vietnamese. Leonor, Nancy, and I are part of the 23 percent of minority students at school; Nancy and I are part of the 2 percent of Asian students. We take pride in being in what we’ve been told is the most diverse dorm room on campus, and one of the most exciting parts about living with each other is the integration of our cultures. When Nicole and I were sick, Nancy offered us her mother’s citrus-honey home remedy. When Leonor was craving Mexican food, Nancy and I took her to a Mexican restaurant and watched her eat a gordita in peace. Food cravings and curiosity led my roommates to try the Indian fried chicken I had in my fridge, and they loved it. Leonor, Nancy, and I talked about how we are very lucky to have each other to relate to because we feel the discomfort of being a person of color on a campus where there is a “token minority” label. Without their support and understanding, I’d be more than ready to transfer, too.

It’s a tricky situation. I remember talking to a friend, another person of color, my senior year of high school, expressing my stress and worry about college applications. Their reply was, “At least we can apply. There was a time when we couldn’t have. I mean, schools want diversity now. So we’ll be accepted.” But being accepted into college shouldn’t negate anyone’s feelings toward white privilege. Just because I can attend college alongside white people doesn’t mean white privilege doesn’t exist anymore. When I tried to explain this to a boy I was sitting with at the cafeteria during dinner, he brushed it off. He shook his head and said, “White privilege isn’t a thing. I mean, you’re here with me right? That’s proof.” And he didn’t stop there. When I heard, “Racism doesn’t exist anymore,” I couldn’t help but leave the table. What else can I do in an environment like this?

I started to question what I believed to be true about the social issues I was so passionate about: racial inequality and gender inequality, issues that are so prevalent on this campus, and in my life. I asked myself, Am I imagining the indifference I feel from my peers? Am I overreacting about my situation? Does my race matter? Is it wrong of me to even think about my place on this campus in relation to my race?

Recently, I was with a group of girls, all of whom were white, at a drugstore, where we were trying to pool cash to buy, among other things, chasers for alcohol. (Typical college, right?) One of the girls groaned and said, “I fucking suck at math,” turned to me, and asked me to add up a bunch of numbers. Unfortunately, I am awful at math, and I told her. But I had to stop myself from saying, “You had to ask the Indian girl for help with that?”

I don’t want to avoid making friends, aside from my dorm-mates, because I’m afraid of being the “Indian girl” in the group. I find myself sitting at football games looking for someone Latino or Asian or African-American in any of the cliques huddled together on the bleachers, and I find myself disappointed that in groups of 10 or so people, there isn’t one person of color. Even knowing my campus’s demographic breakdown, I don’t understand why. I end up hating myself for even asking that question, and feeling the lump in my throat when I realize I think I know the answer.

During the third week of school, the Director of Multicultural Affairs held a “Multicultural Student Welcome BBQ” for students of color, and anyone interested in multicultural affairs and social issues. She emailed the entire school. I was excited for this step toward awareness and appreciation and understanding. At the barbecue, my hope was crushed when I overheard a football player tell his friend, “Nah, I really don’t care, dude. I’m here for the food.”

The idea that multicultural issues are only for minority students is one that my friends have noticed, too. But this idea is so, so wrong. My friend Tommy, who is Mexican, and I were talking about this, and he said, “I’ve heard slurs being thrown around by white people, from the ‘N’ word to the ‘F’ word, but I don’t think the campus is aware of issues like racism, unfortunately.” We agreed that the college’s administration seems to be trying to make the minority student population more comfortable. But it can feel like the only students who care about discrimination are the ones who experience it firsthand.

I joined the diversity club—along with minority student unions, one of the on-campus havens for students of color—a couple of weeks after the barbecue. There were 10 or 12 of us at the meeting, and we all sat in a circle. The president set ground rules: mainly, that it was important for us to listen, to keep an open mind, and understand that everyone’s words were valuable. We talked about the racial discrimination that Rini Sampath, student body president of the University of Southern California, faced at her own school, and we related our own stories back to it.

We had all faced or witnessed some type of racial discrimination, which was unfortunate, but it was a relief to find people who cared about the issues I cared about, and who understood. When I met the club’s president, the only thing that came out of my mouth was, “Thank you, thank you, thank you!” The club made me feel like I had a place on this campus, and an important role to fill as an activist. My worries about the lack of POC visibility started to evolve into determination to spread awareness and acceptance.

Being a minority has been hard for me. Thinking about my place in society and on my college campus leads to me stressing out about things that I wish weren’t a big deal—or a deal at all, like making white friends and worrying about their acceptance of me. Flirting with white boys and wondering if they even find me attractive. Overhearing racial slurs and fighting the urge to go off on a rant. I don’t know what to do when drunk people at parties react negatively—or at all—to my cultural or religious or social beliefs, or when (white) students openly disagree with my feelings about racism. I wish that there was more I could do to eradicate ignorance, and there are times when being in the diversity club and making my voice heard during class discussions doesn’t feel like it’s enough. It helps to know that there are people who understand what it’s like to be a minority here, and what it’s like to be afraid of speaking up about it. It helps to know that there are people who will listen, no matter how small the group. ♦