Some ideas for channeling your anger about police brutality. 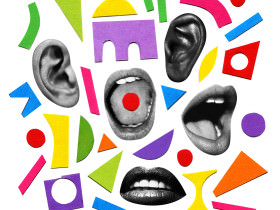 Friday Playlist: All Together Now 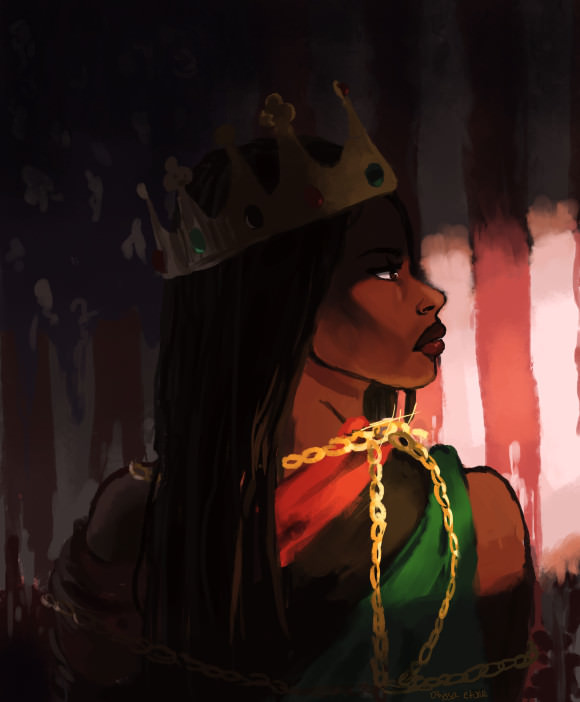 When I watched the video of Shakara, a black 16-year-old, being viciously attacked by former officer Ben Fields in her South Carolina classroom in October, nothing could stop the acid from rising in my throat. In response to Shakara allegedly failing to leave the classroom when she was asked, Fields choked her, overturned her desk, and flung her across the classroom.

While TV pundits debated whether a teenage girl deserved to be tossed around, I thought of the injuries to her body—according to her lawyer, she sustained carpet burn on her forehead, and a broken arm. My mind was fixated on her anguish, and the less visible psychic scar tissue that creeps up and lingers for years: trauma. What I knew, despite my disorientation, is that because she is a black girl, some perceive Shakara as a threat instead of what she was in that moment—a human victim of a crime.

I was born just 20 minutes away from Spring Valley High School, Richland County—where Shakara attended high school. It occured to me that Dylann Roof, who shot killed nine African Americans in a church, is also from Richland County. The images of Roof being generously escorted to Burger King after his arrest played in my mind alongside the loop of Shakara being brutalized. James Baldwin’s writes, “The children of the despised and rejected are menaced from the moment they stir in the womb.” My heart ached with the striking normality of this inequity.

The only difference between Shakara’s experience and the countless other black girls who have endured excessive punishment and violence in school is that it was recorded and posted online. Examples of incidents and attacks such as this one are extensive. An 8-year-old girl in Illinois was arrested for “acting out,” and a 16-year-old girl in Alabama who suffers from diabetes, asthma, and sleep apnea was hit with a book by her teacher after she fell asleep in class. The teen was later arrested and hospitalized due to injuries she sustained in her interaction with the police.

Kiera Wilmot, a 16-year-old in Bartow, Florida, was charged with a felony after her science experiment with a mixture of household chemicals caused an explosion. But, unlike Ahmed Mohamed, a student in Texas whose homemade clock was mistaken for a bomb due to racial and religious profiling, Wilmot received neither an invitation to the White House, nor the same level of media coverage.

Racial bias and violence from police officers has also impacted my life. I grew up watching my father get pulled over repeatedly for driving “a nice car,” and heard stories about my mother being repeatedly assaulted by the police as a teenager during the Civil Rights movement. I experienced my own altercations with cops in college, who tried to detain me (the only black girl in our group) for being a minor in a bar while ignoring the majority of my white friends who’d used fake IDs. Shakara’s encounter with police violence is a horrifying example of that tragically inevitable rite of passage that I call “black girl lessons.” It’s a part of a legacy and present reality that causes daily harm, to us and to our communities.

What is “zero tolerance” discipline?

Ben Fields’s title was “school resource officer,” which implies that his job was to protect, serve, and offer support instead of brute cruelty. No matter what euphemized names schools use to sugarcoat the presence of police officers in schools, the presence of law enforcement perpetuates the criminalization of classroom conduct (like refusing to put away a cell phone) that could be handled in more educational and rehabilitative ways.

Oakland Unified, one of the largest districts in California is known for their trailblazing restorative justice work in schools and colleges. Since 2012, the district has worked to decrease the kinds of racial and class-based discipline inequity that affect a third of the school population. They even received $750,000 from Google to help support African-American boys in their school. Obviously that is great, but it also underscores the need for more support for black girls and young women who are also deeply impacted by systemic oppression in schools nationwide.

In an educational environment where a quarter of a million students are suspended and then arrested each year, schools are moving away from being safe spaces for learning and personal growth. Instead, a disproportional number of black and brown young people and teens with disabilities are exposed to or on the receiving end of excessive physical force, public humiliation, and other indignities in the name of discipline. Research is limited about why black cis and trans girls tend to be punished more frequently and aggressively by school officials and law enforcement, but the data that does exists suggests that “implicit biases, stereotyping, and other cultural factors” play a role.

The most wretched part of this form of “discipline” is that it hurts more than it helps. The majority of the young people affected by “zero tolerance” have survived abuse, live in poverty, lack the mental health and learning support they need, or are in foster care. Too often, young people of color are more susceptible to the most aggressive and biased enforcement of these policies, which results in the siphoning of mostly students of color out of educational institutions into youth detention centers or prisons for even the smallest transgressions.

Contrary to what our media tells us, girls and young women are as harshly affected by the criminalization of blackness as men. The reality is that black girls are suspended from school six times more than white girls, and African-American women are incarcerated three times more often than their white counterparts. When the safety of black women and girls is often ignored—or at best, an afterthought in our culture and politics—it is no surprise that acts of violence, like the police aggression Shakara experienced in her classroom, keep happening.

Black girl suffering is so normalized that our stories are too often dismissed, undermined, made invisible. It’s sad but foreseeable in a climate in which a white, former police officer named Daniel Holtzclaw was assigned an all-white jury in his trial for sexually assaulting 13 black women; pregnant women in prison (who are predominantly of color) are shackled during labor; and in July alone, five black women, including Sandra Bland died in police custody.

What you can do.

I passionately support the movement for black lives and campaigns that combat “zero tolerance” in schools and barriers to black girls’ freedom and education. If you want to get involved, here are some ways you might consider taking action:

Actions like these, of witnessing injustice and being righteously indignant about it, build community and will begin to change the way that our schools work. Just as importantly, they signal to black cis and trans girls that we will stay fighting to defend their lives and freedoms. ♦