How the Music Sanctuary—a non-profit that sends teens to concerts—came to exist. 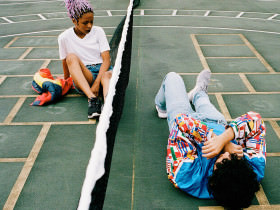 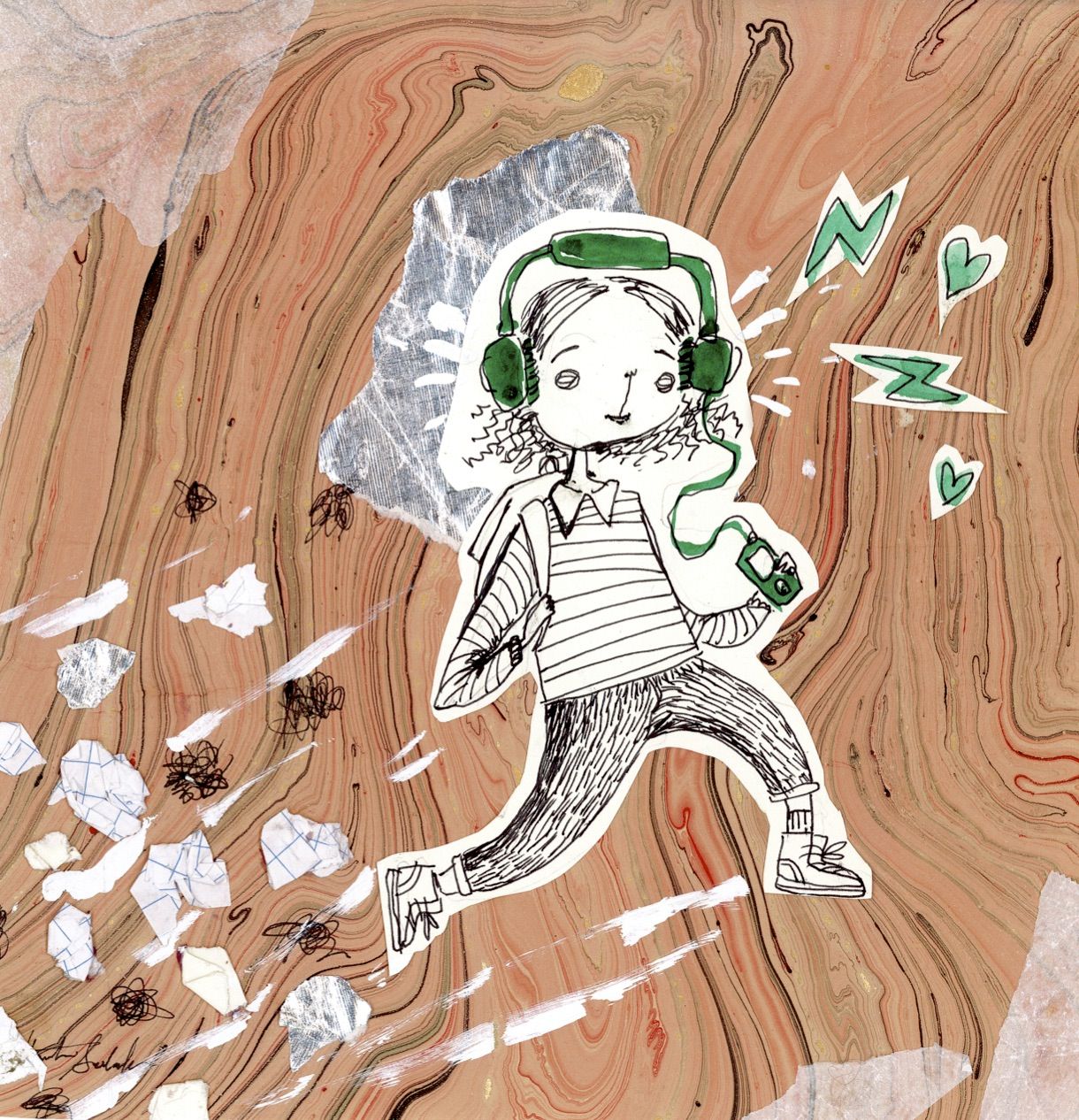 The Music Sanctuary is a non-profit organization that I set up with my friend Mollie earlier this year. We connect teenagers living with mental illness with the band or artist that has helped them make it through their toughest moments. In the future, we also aim to help end the stigma that comes with having a mental illness.

In my freshman year of high school, I was dealing with depression, anxiety, and self-harm. I was also very seriously considering killing myself. I felt alone, like I had no one to talk to, despite having a group of friends. 5 Seconds of Summer’s music meant so much to me during that time; listening to it was an escape. The band never failed to make me laugh, whether it was something they said in a long interview or a 30-second keek. They just made me feel a bit more comfortable with myself.

Mollie and I met through our mutual love of the band 5 Seconds of Summer. We both had Tumblr accounts dedicated to 5SoS and we followed each other. One day, she posted something about wanting someone to talk to, so I messaged her saying she could talk to me. We exchanged numbers, and soon we were texting all the time. Although it was sometimes hard to stay in touch—I live in the U.S. and she lives in England—we became close. I began to feel less and less alone.

Although I still struggle with anxiety, I’m no longer depressed and I no longer have any intention of killing myself. 5 Seconds of Summer is the reason I’m alive and the reason I met my best friend. My personal experience is part of the reason that creating Music Sanctuary is so important to me. But the idea to create was sparked by a tweet the musician Halsey wrote:

Someone should start a foundation that raises money for concert tickets for depressed kids who owe their lives to their favorite band.

She tweeted this back in 2013, and I had seen it many times on Tumblr, but when I saw it the night before her debut album was released I thought, Why can’t I do that? I skyped Mollie to talk about my idea to actually create this foundation and she was really excited about it.

The night we launched, we created a WordPress blog and created a GoFundMe campaign. A few days later, I made a Tumblr post about it and the post EXPLODED. We’d hoped to get, maybe, 500 notes by the weekend (it was a Thursday), but we got way more than that. Our excitement skyrocketed. The positive response inspired the project’s slogan or “mantra”: “It’s not a me thing, it’s a we thing.” That everyone wanted to help or to get involved in some way meant that it was no longer just my project; it was for everyone. The Music Sanctuary has become a community of people wanting to help other people, and it’s a beautiful thing. People have donated to our GoFundMe, and someone wrote an article about what we were trying to. We were so excited we literally did not know what to do with ourselves!

As people from across the globe continued to email, send us Tumblr messages, and comment on our posts, we began to feel a little intimidated. We needed a website and we wanted to start making merchandise, but neither of us really knew anything about all that. A girl named Gabrielle reached out to us wanting to help make us a website, and to just generally get things in motion. We now have a website up and running—it includes our motto!

It’s only been two months since all of this started, and it’s still going full speed ahead. Besides the website, there have been a ton of logistics to figure out and questions to field. People have asked how exactly we’re going to choose who receives concert tickets, and how they can apply. Others have expressed concern about how we will discern whether the person applying has a mental illness. We have decided that the best way to go about this is to have an adult—a parent, guardian, or a counselor (college, guidance, therapist)—“nominate” someone before we consider them. The adult will contact us, and tell us about the teen in need and which band or artist has helped them.

When the question of giving teens money for medication and therapy (or just buying it for them) came up, Mollie and I considered the idea for a long time. For the moment, we’ve decided to remain focused on our initial idea. There are other foundations that do that kind of work, and we hope to partner with them in the future—they could even refer us to teens who want help. And, of course, we will always encourage families to get their child help, if they haven’t already. In our best dreams, we can help every single depressed teen. We know that may not be possible but we’re going to do our best to help everyone who is nominated, even if it takes us a while to do so.

Mollie, Gabrielle, and I are also excited about the possibility of having professionals go into schools to talk about the realities of mental illnesses. We know there’s stigma, and we’d like the Music Sanctuary to be part of the movement to end it. However, that part of the plan will come later. At the moment, we’re still finding our footing as a non-profit, and we’re in the process of making Music Sanctuary tax deductible so that we can use all the money we receive to help teenagers.

When we started out a few months ago, neither Mollie nor I knew what, exactly, we were getting ourselves into. We knew nothing about the legality of non-profits, nor how to even apply to become one. As a result, we lost the initial donations made on GoFundMe. I felt like I had ruined the whole thing! It was really frustrating because everything had been going so well, and in a single moment, everything was going wrong. Thankfully, my cousin, who is a lawyer, was kind enough to help me through the process of becoming a legal non-profit in the state of Kentucky, which is where I live. Now that I’ve filled out the forms for my state, I’m just waiting for the state office to file them. Once that’s done, we will complete 501c forms and begin planning fundraisers such as 5K runs and selling merchandise.

If you’d like to start a nonprofit, talk to a parent, or an adult you’re close to about your idea. They can help you walk through the process of making your dream a reality. It’s a good idea to find someone who knows legal things to help you fill out the various forms. Make sure you know exactly what you want to do with your non-profit, so that people aren’t confused when you talk about what you’re trying to do.

The best advice I can give to anyone who has a passion for something and wants to start a non-profit is to not give up on it. It will slow you down, you will (probably) get stressed out, but don’t forget why you started it in the first place. Surround yourself with people who have the same vision you do, and never give up on your idea. The saying “where there’s a will, there’s a way” is true: You just have to work it. ♦