Laughs, cries, and Halloween costume inspiration courtesy of Empire, Scream Queens, Brooklyn Nine-Nine, Bob’s Burgers, Scandal, and How to Get Away With Murder. 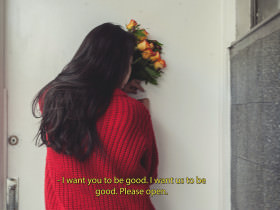 Look for the Window

It seems like only yesterday that we were holding our laptops/TVs tight, eagerly awaiting the return of our regularly scheduled television programming. And now, we’re a whole month in. We’re also a week from Halloween—meaning that if you’re dressing up as Tina Belcher, Cookie Lyon, or any other beloved TV character, it’s time to get inspired! So without further ado, here are our recaps of this week’s episodes of Empire, Brooklyn Nine-Nine, Bob’s Burgers, Scandal, How to Get Away With Murder, and Scream Queens. 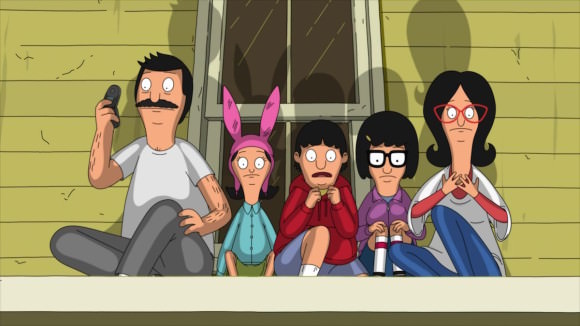 Bob’s Burgers delivered what may be my favorite Halloween episode ever. Determined to scare the un-scareable Louise, the rest of the Belcher family bands together to pull off the ultimate haunted house, which was so effective it made me nervous. (Yes, it made me, a human person who knows she’s watching an animated comedy, nervous.) In Louise’s defense, Tina, Linda, Gene, Bob, and other participating pals made it seem like everybody was seconds away from cult-sanctioned death. –Anne T. Donahue 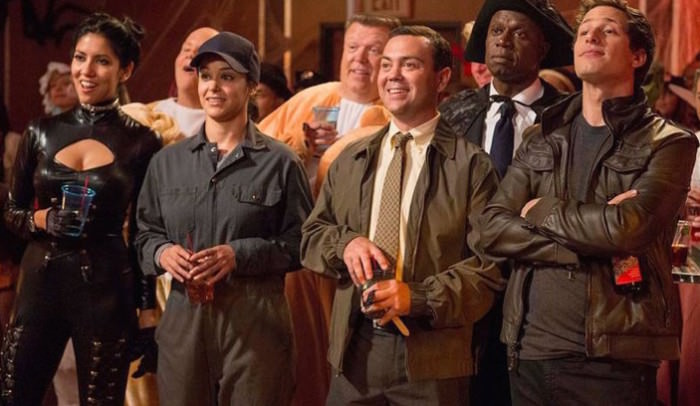 In moments of strife, it’s important to remember the lyrical prose of a man named Ice Cube: “You can do it, put your back into it.” And man, did Nine-Nine ever live by that code on this week’s episode. First and foremost, Holt and Gina are back in the precinct–after Jake joined the trifecta to help apprehend an age-old serial killer–thus pushing the Vulture out. Also, our favorite captain is back in. After being forced to plan his birthday party, Amy and Rosa exposed the Vulture for who he really was: A terrible rock band front-man who’s biggest joke is arguably himself. (Whew.) Finally, Boyle helped Terry overcome his penchant for cacao nibs (which triggered his tendency to overeat when stressed), by enlisting the rest of the gang to help Terry at home, while his wife is on bed-rest. –Anne T. Donahue 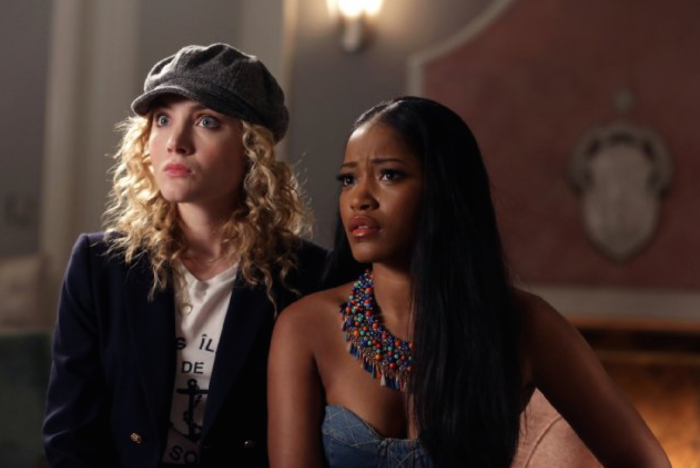 This week’s episode of Scream Queens was the perfect balance of humor and fright. The show is becoming an enrapturing saga. Things are getting political at KKT as Zayday and Chanel Oberlin fight to be president of the sorority. Their tie proves to be a unifying event, especially later in the episode when, together, the pair fights off the Red Devil. The Zayday and Chanel versus Red Devil moment is just one of several scenes exploring the girls’ relationships that I really enjoyed. Whether it was Chanel No. 5 and Chanel No. 3 banding together against the more vicious Chanel Zero, or Chanel No. 3 exploring her sexual feelings for Sam, there was heart in this episode without, surprisingly, getting too gushy.

The Red Devil is getting more intense as the season progresses, but I’m really interested in how he’s (or she’s?) so quick to violently kill some, as opposed to others. When he offed the last remaining boyfriend of Chanel No. 5 in front of her, he just left her there! Why was he so intent on not killing Zayday last week, but now ready to chop her head off? It’s making me ITCH to know who is behind the mask…Although, as Chad Radwell pointed out, there were TWO who came after his bros. Here are my Red Devil guesses: Nick Jonas (I do not care to learn his character’s name since they have taken him away from me on-screen) and Gigi (played by Nasim Pedrad). But who knows? Everyone on this show is super-sketch! –Brittany Spanos 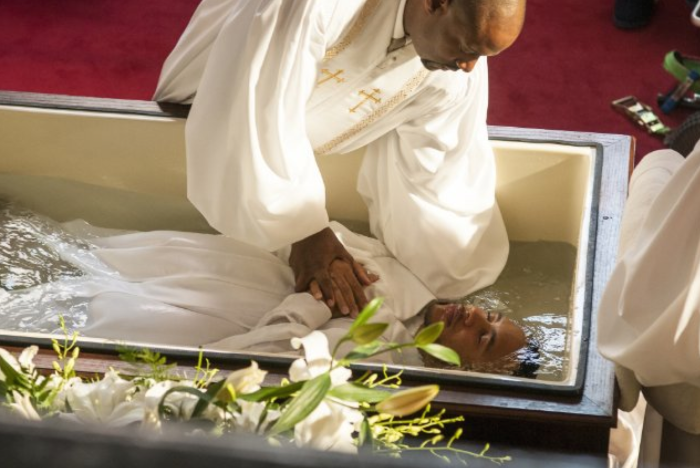 Get ready for the Heartbreak Hotel to open after renovations: Hakeem got shut down by Empire’s latest recruit, Laura Calleros, but he decided to try again, this time courting her like a gentleman. Meanwhile, Jamal is in a twisted love triangle.

Andre got baptized to rid himself of his sins, which mostly include him hiding Vernon’s body. After saying he wouldn’t show, daddy Lyon ended up watching his son recommit himself to God. The baptism sparked flashbacks for Lucious of his mother, who had a mental breakdown while baptizing him in his childhood home bathtub and almost drowned him. The flashbacks were so bad Lucious bolted, leaving Andre thinking, yet again, that his father hates him.

Oh, one more thing: Kelly Rowland may have the longest-running cameo in Empire, and she’s earned EVERY COIN she was paid for her role. –Taj Rani 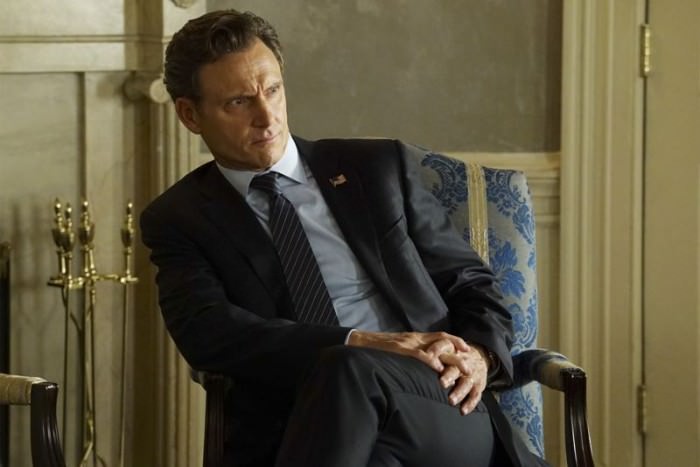 Olivia is the latest client of Pope & Associates. The quick-thinker had to let fast-talker Leo Bergen take the lead and clean up her public image in the wake of her confirmed relationship with Fitz. Leo was an unlikely ally, and Liv surprisingly revisited old flame Edison. After giving her a piece of his mind once she asked him to appear on television to sing her praises, Liv realized the house of lies that she’s built will eventually come crumbling down. During her first on-screen interview, she admits her desire to fall out of love with Fitz, even though she just can’t seem to shake him off. While Liv was intricately piecing her image back together, another relationship was undergoing a necessary repair: Cyrus and Fitz are back in action, but there’s still something sly about Cy, especially with his likely allegiance to Mellie. –Camille Augustin 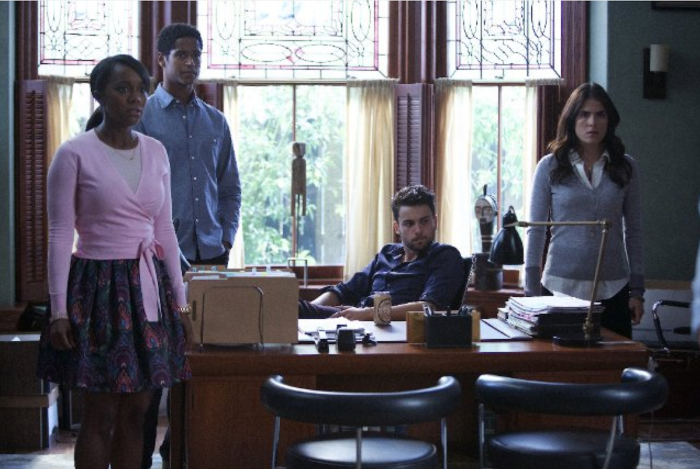 How to Get Away With Murder
ABC

Asher can’t seem to take one for the team. After Bonnie put her neck on the line, admitting to the conflicted law student that she killed Sam, Asher is still hellbent on telling all to law enforcement officials. The truth was a hard pill to swallow. Annalise tearfully confesses to Nate that Bonnie was the reason for her husband’s death. Is he buying that? Maybe, maybe not, but Annalise can surely convince anyone to believe just about anything. Wes is having a harder time persuading people. He reveals Rebecca’s foster brother’s identity to his peers, then announces that he thinks his girlfriend is dead. The group is led down a “rabbit hole to hell” that ends at a desolate garage where they find a large piece of luggage. Wes thinks it’s Rebecca’s body in the suitcase—but it isn’t. Things are getting stranger and stranger. –Camille Augustin ♦