Brooklyn Nine-Nine, Bob’s Burgers,The Mindy Project, Scream Queens, Empire, Scandal, and How to Get Away With Murder: Let’s recap, shall we? 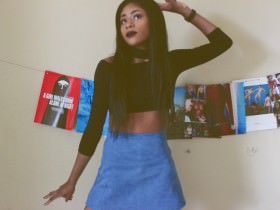 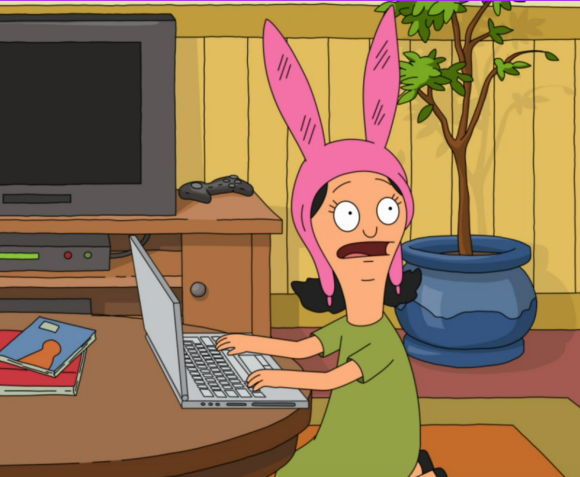 TV keeps rolling out new series and seasons, and this week in This Week in TV, our thoughts will linger over a specific syllabus: Brooklyn Nine-Nine, Bob’s Burgers, Scream Queens, Empire, Scandal, and How to Get Away With Murder. It’s still early in the semester, so some shows may be added or dropped next Friday. But now, please get your snacks ready (Hi, who wants chips?), and let’s recap!

***If you haven’t watched new episodes of the shows mentioned above yet and do not want to know what happened on said episodes, please save this article for later! This is your spoiler alert!*** 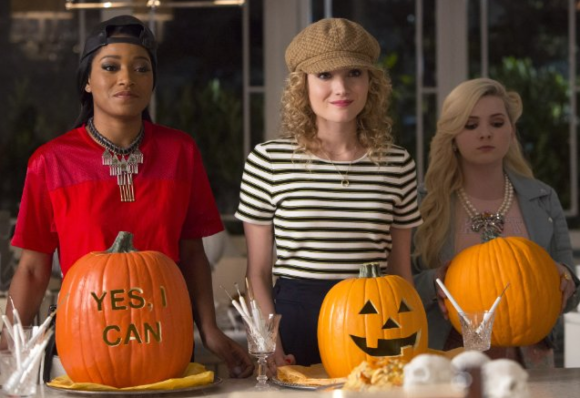 Keke Palmer as Zayday Williams, Abigail Breslin as Chanel No. 5, and Skyler Samuels as Grace Gardner.

On this week’s episode of Scream Queens, the campus is still reeling from the handful of murders, both actual and assumed, that occurred on campus. Chanel No. 2 (played by Ariana Grande) is still “missing” and Boone (played by Nick Jonas) is still perceived to be dead. The third episode felt a lot less over-the-top than the first two, which is GREAT. I think I could really enjoy this show. Maybe? Honestly, nothing is better than a quintet of frat bros wearing all-white golf clothes and walking down the street to Backstreet Boys’s “Everybody (Backstreet’s Back)” as they attempt to “avenge” their frat bro Boone’s death. Denise (a security guard played by Niecy Nash) is ALMOST my ideal foil for the show because of her logical explanations for everything: the blood stain on Chanel No. 2’s floor and Zayday Williams’s tweets to Shonda Rhimes about How to Get Away With Murder. But, it feels like Niecy barely believes her own logic, which is kind of a letdown within the whole camp-y atmosphere. Another big disappointment: Where is Nick Jonas?? What is the point of keeping his character alive if he’s not in every scene?? Overall, the third episode of Scream Queens was better than the two-hour pilot as a whole, and it’s made me believe that anybody could be the Red Devil. –Brittany Spanos 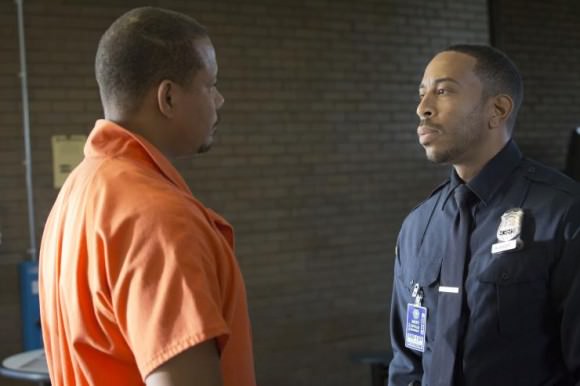 Terrence Howard as Lucious Lyon and Ludacris as Officer McKnight.

Now that the second episode of Empire is behind us, I’m going to keep it real. The music biz-driven soap opera wore me out with celebrity cameos during the season premiere, and even though they went easier on me this week, I still couldn’t take Empire seriously. Ludacris plays an unconvincing prison guard​ Officer McKnight. Lucious morph​ed into his character Djay from Hustle & Flow. I got flashbacks as he rapped in a makeshift jailhouse studio alongside a convict portrayed by rapper Petey Pablo. And no, the flashbacks weren’t good ones. Hakeem has a new chick named Valentina, played by singer Becky G. She seems to be the Kylie Jenner to his Tyga. Tiana is back serving some Rihanna circa 2005 realness, but I’m waiting for her to hit that post–“Umbrella” swag soon. Cookie’s retro looks are cute–as always. Jamal is still fighting for his dad’s approval, but we all know that once Lucious is home, he’s kicking his kid to the curb (again). Everything on Empire is starting to feel predictable. The once piping-hot coffee is going ice cold right before our eyes.​ —Taj Rani 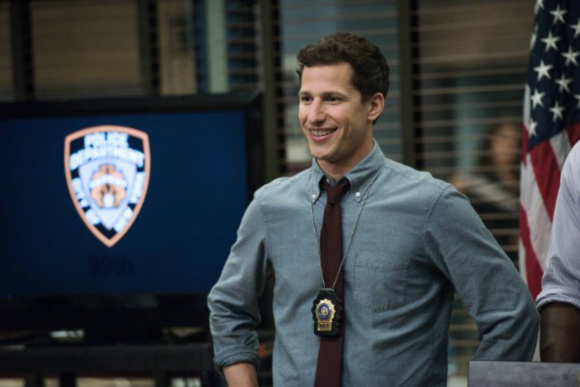 Ch-ch-ch-changes! They’re miserable and magical. During the third season premiere of our beloved B-99, we see how change can embody both words, simultaneously.

Jake and Amy try to figure out the new dynamics of their relationship: They like each other (yay!), have kissed (wicked!), end up on a date and then hooking up (rad!), and then cause their new precinct captain to have a fatal heart attack after he catches them making out in the evidence room (not great). But, if something’s worth it, you stick with it–which is why I loved how Jake’s BFF Charles tells him the exact same thing…just as Amy shows up at Jake’s to echo those sentiments. –Anne T. Donahue 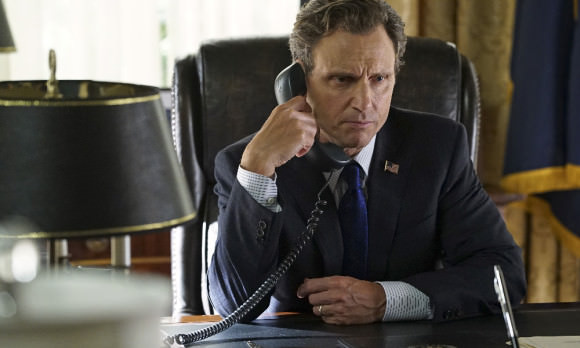 Just when we THOUGHT we knew what Olivia Pope was thinking, she proves us wrong. While Olivia runs away from the White House after leaked photos of her and President Fitz surface, and avoids all craziness by diving into a new case, Fitz readies himself to speak on their love affair publicly. That is until Abby steps up as the “adult,” advised by Cyrus to do, and reminds Fitz that Olivia ran away, which can only mean that she doesn’t want “this.” Fitz turns around and gives Olivia a call to say, “You don’t want this…I don’t want you to throw away your whole life for me. I love you too much for that.” His words prompt her to do something we didn’t expect: SHE ADMITS TO BEING FITZ’S MISTRESS. What hurt my heart, though, is how Olivia uses Jake to cuddle, while she rambles on about Fitz. Ugh, save yourself Jake! –Erika Ramirez 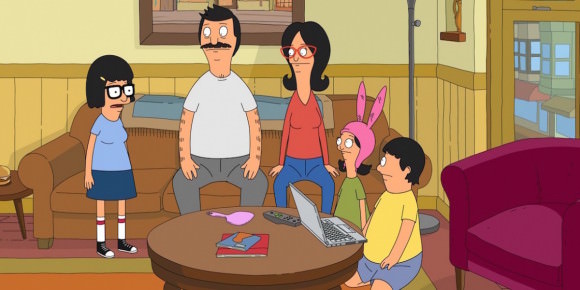 When Bob realizes that his mustache is thinning (the horror!), he’s forced to answer the most difficult question: What would’ve happened if he’d never had a mustache? According to Gene, the world would be a different place: Linda would’ve never got her then-engagement ring stuck in Bob’s mustache at a bar. And, Bob would’ve eventually become Robo Stache, who is certainly not a person who cooks burgers for a living.

Louise, on the other hand, believes her mom would’ve never given a mustache-free Bob a shot–which is why a love-struck Bob makes a wish for facial hair and ends up turning into a werewolf. (Inevitably leaving their relationship doomed.) Even Tina loses faith, imagining an alternate universe in which Linda marries Hugo and they have three blonde kids. But, we learn that regardless of whether you believe in fate or not, sometimes things just, well, happen. And if you overthink it, you’ll imagine yourself in an alternate universe where Louise wears a princess hat. –Anne T. Donahue 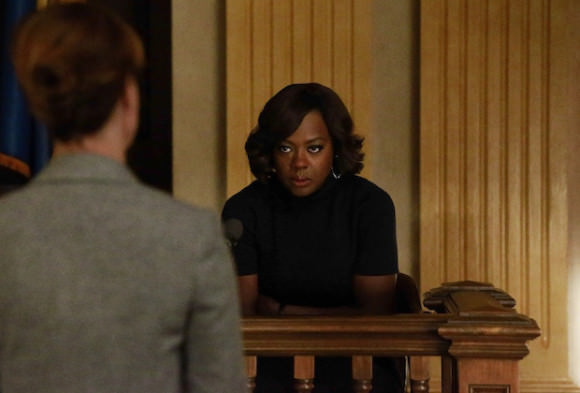 Viola Davis as Annalise Keating and Sarah Burns as Emily.

There are too many murders and steamy relationships on this show—it’s hard to keep up. But, one thing is clear: Annalise is at the center of the most tantalizing ones. For most of the episode, Annalise is on the stand, making herself look guilty of killing her ex-husband while being cross-examined, ultimately proving her ex-boyfriend Nate is innocent. And when he wins, thanks to Jean Grey, I mean Eve, Annalise and Eve rekindle their love in between the sheets.

But, the most interesting scene that screams trouble is the flash-forward that continues to unravel episode by episode. We saw Annalise bleeding on the floor in the first episode, but now, we also see Prosecutor Emily (played by Sarah Burns), who will be prosecuting Annalise for murder, dead. –Erika Ramirez 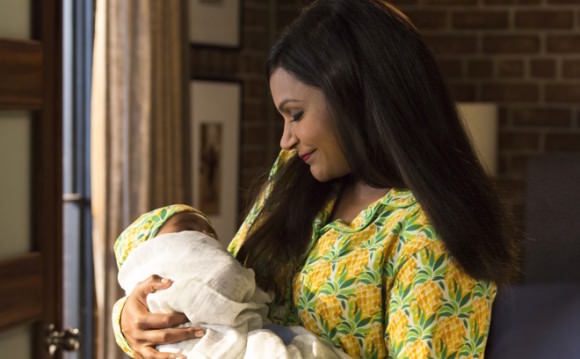 After bringing baby Leo home from the hospital, Danny morphs into an overprotective dad who won’t even let Mindy leave the house until their son’s been vaccinated. On the flip side, Mindy finds herself morphing into a woman who slut-shames her neighbor for being “too loud.” Fortunately, both Danny and Mindy end up talking through their respective issues. (Although, honestly, I’m more interested in Mindy’s neighbor and why, out of nowhere, she says she wants to settle down after having told Danny and Mindy how happy she was being single.) –Anne T. Donahue ♦