October 2015: A cover of the Yeah Yeah Yeahs’ classic “Skeletons.” 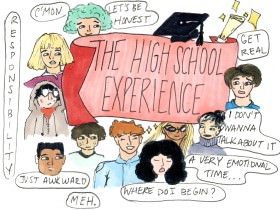 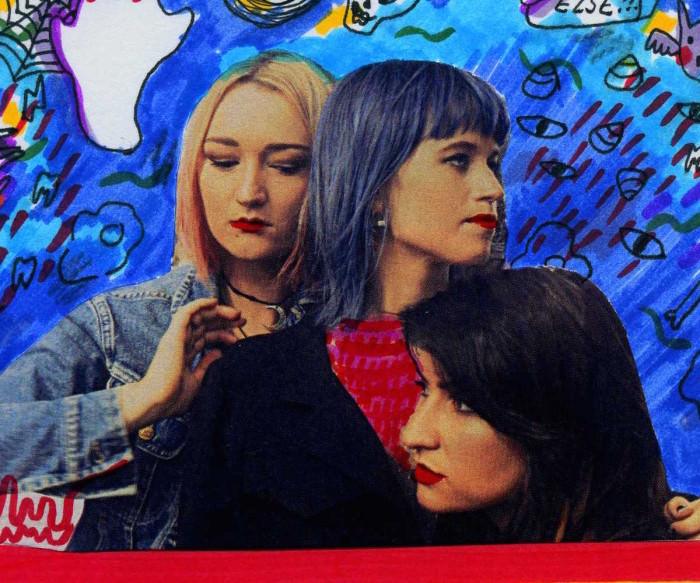 Collage by Isabel Ryan, using a photo by McLean Stephenson.

Annie Hamilton teamed up with her former schoolmate Liz Drummond and pal Hannah Field in 2012 to form Little May–a band that’s been hustling ever since. And today, we’re premiering their cover of the Yeah Yeah Yeahs’s “Skeletons” as October’s theme song!

The Sydney, Australia–based trio offered their interpretation of the majestic classic by adding haunting harmonies (happy Halloween!) and their own melodic interpretations:

I recently spoke with Annie, who talked about friendships, defeating self-consciousness, and creativity.

ANNE T. DONAHUE: You covered one of my favorite songs in the world! When did you first hear “Skeletons”?

ANNIE HAMILTON: It was a few years ago. The Yeah Yeah Yeahs are just such a good band, and that song had such a good melody and vibe—it takes you away. When we did the cover, we didn’t want to drastically change anything, because it’s a beautiful song. We didn’t want to overcomplicate it. We took what we loved, like the melody, lyrics, and the dreamy feelings, and did what we’d normally do with those melodies. We wanted to make it our song without taking away any of the beautiful parts of the original.

Definitely. A lot of the lyrics are abstract. It’s not like they’re telling a literal story, but there’s so much imagery that comes through.

You and your band members came together while in high school. You’re in it to win it. How do you keep boundaries as a group?

It can definitely be very hard, because we’re together 24-seven. We’re sharing beds while we’re on tour. We’re in a van, and it’s exhausting and stressful. When you’re working all day, it’s tough. But, we figured out how to do things that mean everyone gets space, how to respect each other, and how to have fun, because in the end, what we’re doing is fun.

Is that how you stay creative? I think creativity can come from a place of feeling safe.

Definitely. When you’re feeling self-conscious, it’s paralyzing. If there are times when I’m feeling self-conscious or worried about what other people might think about what I’m doing, and I’m trying to come up with something on guitar, draw something, or make something, I really struggle. If everyone is in a space where they can be having fun and letting ideas flow, that’s when you get the best creative result.

In what ways have you looked for somewhere to belong, creatively speaking?

I’ve always loved music. From a young age, I played saxophone and clarinet in a school band, and then I started playing guitar when I was 13. I always wanted to be in a band. But, I didn’t know anyone else who played. It was really sad to me, because I really wanted to play with other people, but none of my friends were in bands. It ended up being a very private thing to me. I became very self-conscious about playing in front of people, and embarrassed, nervous, and shy about my music. I always wanted a sense of being in something alongside other people.

How did you overcome that?

I think it was just a matter of time and practice. I still get self-conscious about my abilities, but now I have the confidence to do my thing. You have to push through it, keep going with it, and don’t let it stop you. You have to be like, “I’m just going to do it, because no one else can do what I want to do better than I can.”

Did your bandmates help you?

The three of us have always had times when we’ve felt nervous about our abilities, but, in the end, it’s nice to have each other. It’s like, “What’s the point of not doing it?” We’re all very supportive of each other. We help each other out and give each other the confidence to do our thing. It’s not about being the best mechanically, it’s about putting as much of your own personality into it. If you can do something unique, that has got your own personal stamp on it, then that’s more effective than someone who’s doing technical things without their personality. The three of us have tried to help each other express ourselves, and what feels right to us. ♦