A new column in which this website will encourage you to get off the dang internet. (But not, like, forever or anything!!!) 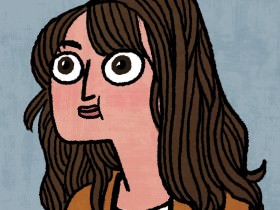 Step Aside, Pops: An Interview With Kate Beaton 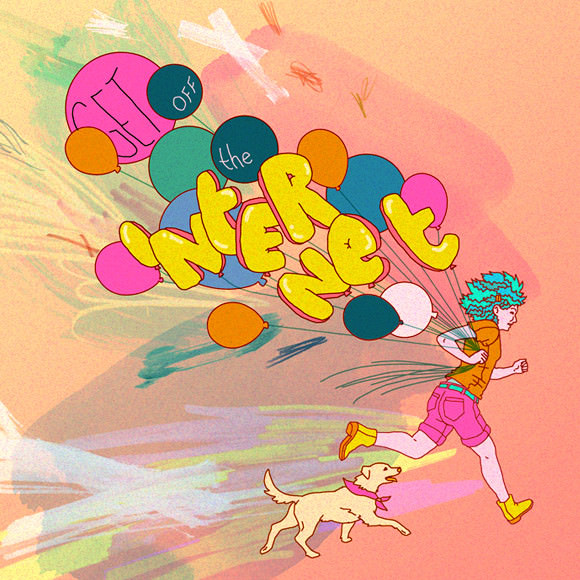 Welcome to The Disconnect, a new Rookie column in which all sorts of people will share their best and brightest ideas for when you’re so burnt out from looking at a screen that you want to throw your phone/computer/tablet into an untouched natural reservoir. Don’t do that! We’d miss you. Plus, there are plenty of other ways to restore your capacity for the internet without “checking to see” if expensive technological devices can float.

The goal here is not to impart some alarmist fake TV-news report–style message like [evening news announcer voice] “’Netting out.’ ‘Getting down with Computer’s Delight.’ ‘Seeing the sites.’ ‘Today’s teenagers’ code words for going online, like all slang, each translate to DANGER. Is this ‘web’ ensnaring YOUR child in a cyber-net?'”

Truly: The internet is a wonderful place to visit, but if you find yourself idling there longer than your intended stay, here are some ideas for ESCAPE. And I don’t mean the button on your keyboard!!! (Man, that joke alone should be impetus enough to put down the Computer’s Delight immediately. I’m a natural at this already!)

Invent a sandwich worthy of bearing your name. You know how at some delis, they’ll have menu offerings that are called “The Anthony,” or “The Octavia Special,” or whatever have you? That is the exact level of notoriety to which I aspire: I want to be Sandwich Famous. Since fame is a useless construct, though, I made my sandwich-based stardom happen on my own a few years back by devising my own dreamwich, for which I adapted one of my favorite foods, chicken parm, into something EVEN BETTER. Here is what I came up with:

So: What’s your ideal meal? Sandwich-ify it, make it your namesake, and take pride in the knowledge that you have graced the world with a legacy worth its Sandwich Fame.

Form a society, of any variety, based around doing cool shit. My absolute most favorite friendships find their foundations in making things, or at least hanging out inside a shared goal or activity, with people I like. When you have an idea, sometimes it’s just yours, but other times, the very most gratifying and bodacious feeling OUT is to watch what unlikely and brilliant ends other people can take it to. To this end, I have started:

The cabal you organize can be inspired by anything you love—sports, clothes (CLOTHING SWAPS are a great one-off version of this concept), music, volunteering, and food. Whoa. That last idea just made me think of starting CLUB SANDWICH, a think tank where my pals and I trade our recipes from the suggestion just prior, and now I am STOKED to form my new society.

The only rule to this? You gotta name your assemblance, or at least its initiative, if you’re making something concrete, like collages or a homemade circuit board. This is one of the most fun aspects of an already-very-fun thing! Pick something that pays loving homage to what it is you’re doing—the writing group my friend and I started is called Test Subjects, for example, because we are picking a theme we wouldn’t normally write about and trying to think about it and make something from it in a way that is very fresh to our brains. This will make you feel like you truly belong to something, and it to you, and that it is also cool as hell, because all rad collectives usually seem to have accordingly rad titles to ’em. Just ask, like, The Lavender Menace or Honey Power.

Embroider a word in cursive onto an article of clothing that you think is cute, but also slightly boring. I began this practice a few summers back, when an unremarkable denim vest became a banner reading “HEART ANIMAL” across the back. I like sewing words in cursive because it makes the fact that you’re essentially graffiti-ing your clothes look like an act of sophistication and skill—although I am also an enormous supporter of the scrappier cousin of this practice, aka writing on clothes in permanent marker and calling it a day.

I winged/wang/wung embroidery and chose to teach myself—it’s not that hard to stab your clothes. (Please try not to do like yours-clumsy-truly and also stab your fingers!) That being said: It’s also really nice to be taught something cool by a person who’s good at that thing, so if a friend, family member, or loved one is a total hotshot with a needle and thread, ask them to show you!

Write a fan letter. I do this at least once or twice a month, depending on how much I’ve found to like. Think about it as a kind of reciprocation: They did or made a rad thing, and, as a result, are being traded your kindness and encouragement! Don’t expect or ask for anything; say honestly what you appreciate about that person or their work, and be specific: It’s so nice to be reminded, or to parse out in the first place, exactly what it is you loved about the thing or person provoking your spectative Valentine. Recent among my fan-letter recipients: A sportswriter from Kentucky, an expert cross-country motorcyclist, my boyfriend, an urban historian, a web cartoonist, a parody-astrologist, my mom.

Essential to this: End by telling them that you do not expect a response—just enjoy writing out all the reasons you love a person’s work, which will fill you with RENEWED ZEAL 4 THE WORLD, in all likelihood. That feeling is what you’re after in doing this, truly. And if they DO write you back, it’ll feel like winning a lottery you weren’t even playing.

Memorize your favorite poem. As a teenager, I wallpapered the hallways of my brain with “The J Car” by Thom Gunn, “Leda and the Swan” by W. B. Yeats, “Supernatural Love” by Gjertrud Schnackenberg, and a hefty portion of “The Ballad of Reading Gaol” by Oscar Wilde (not the whole long-ass thing, though, or I wouldn’t have room for remembering what day it is, et cetera, which I already have too much trouble with).

Sit down with a book or a printout of the poem you like most in the world. Repeat the first line until you own it. Recite it again and move on to the next. When you’ve got that two-set down, say it all again, then do the next line. And so forth. If this sounds hard: You know the lyrics to tons of your favorite songs, right? Same concept. You got this. Here’s an easy one to start with:

Your absence goes through me
Like a thread through a needle
Everything I do is stitched with its color.

I love having access to my secret, self-selected poetry collection. When I’m bored, I test myself. When I’m walking, I hum them in my head. It’s nice to have a beautiful thing close when you need it—and to feel like you can claim it as yours, because it’s part of you now. A beautiful thing that you have chosen to love becomes a fact of your body, and you carry it with you always. Isn’t that cool? (…She asked about memorizing poems.)

Illustrate a taxonomy of local park animals. Drawing birds and squirrels = perfect when I need to calm the heck down and involve my head in some useless, pretty nonsense that takes my brain away from me for a while. It’s also nice to put yourself in a non-human biological context: I live in a city and I do this to remind me that, even when everything seems like one blurry swath of PEOPLE ’N’ CONCRETE ’N’ GARBAGE, so much of Earth is…not that! Be your own scaled-down Charles Darwin, why don’t ya? ♦

exploration poetry the disconnect the internet