How to Talk About Yourself (Without Feeling Gross)

Let that light of yours shine. 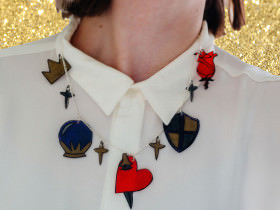 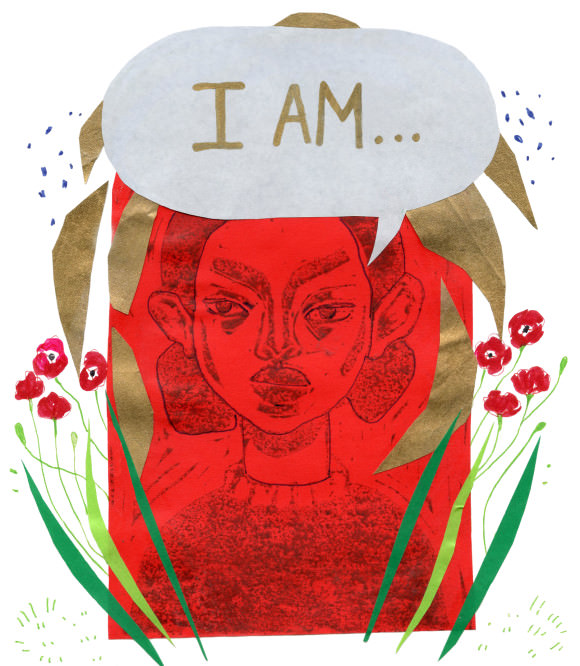 Number one: I was raised a Catholic. Strictly no talking yourself up, says the Old Testament: “Let another praise you, and not your own mouth; a stranger, and not your own lips”—Proverbs 27:2. While the saying “Do not keep your light under a bushel” derives from the Bible, too, the “light,” in that context, refers to faith in God, not how great you are.

Number two: My parents are Chinese. In Chinese culture, modesty is highly regarded. Confucius said: “He who speaks without modesty will find it difficult to make his words good.” Hear that? You’ll have no good words.

Number three: I grew up in Australia. There we have something called “tall poppy syndrome.” What does that mean? Oh, well: People who are visibly talented and successful are “tall poppies” who need to be CUT DOWN if they do too well. Cool! (Just kidding, it’s weird!)

Number four: There’s an argument that women are less confident than men despite there being no proven difference between their respective ability levels. Perhaps because women are so often encouraged to be quiet and submissive, while men are pretty much fine to wave a flag that says “I’m amazing.” BOOOOOO.

I first noticed these pressures affecting how comfortable I felt talking about myself when I moved to a new country and began meeting tons of new people. When these new peeps asked me even the simplest things about myself—like what stuff I thought was cool or why I’d moved overseas—I floundered, while strangers regarded me with quizzical kindness. My “light”—my personality, my passions—was under, like, four industrial-strength bushels. I’d fallen deep into the rabbit hole of modesty, only to discover that at the bottom was a strange silence muting anything I wanted to say about myself.

People have different and very valid reasons for feeling reluctant to talk about themselves. For me, though, it became important to address my reluctance because it got in the way of making friends and connecting with others through even the simplest exchange of personal factoids. Here are some helpful things to remember in situations when you need to talk about you:

1. Simply talking about yourself is not inherently immodest.

There’s a big difference between saying, “I am the best skydiver in all the world” and saying, “I like skydiving.” (Not that the former is bad: jump to point three.) But thanks to all the cultural reinforcement of modesty around me while I was growing up, I had erroneously concluded that saying anything about myself that was at all special or different was wrong.

This taboo extended to even the most straightforward things: If someone asked me what my ideal job was, I’d say, “Oh, I don’t know—it’s so difficult to get a job in my area of interest that I think I would be happy just doing whatever! Anything! Ha ha ha! Wow, that’s a big tree over there. Look at it, don’t look at me, please.” Which is a pretty weirdly self-effacing thing to do when deep inside, I knew that I wanted to make a living working with books and writing. My brain had coded this simple desire as a kind of brag: Because I thought that writing and publishing were sacred, I thought that only spectacular people could do them. Therefore, if I said I wanted to do these things, I thought I would be calling myself a shining star.

WRONG! All wrong. When I told friendly inquirers I didn’t really know what I wanted to do, it felt like I was lying or erasing a part of myself. In his book Memories, Dreams, Reflections, the psychoanalyst Carl Jung writes: “The meaning of my existence is that life has addressed a question to me. Or, conversely, I myself am a question which is addressed to the world, and I must communicate my answer, for otherwise I am dependent upon the world’s answer.” That is, the meaning of me was an open question that either I could answer—or others would answer for me. By saying nothing, I would give the impression that my answer would be…nothing. I’d be handing others the opportunity to decide what they thought of me, without my being a part of that process.

On top of that, not being able to talk about myself often left conversations hanging awkwardly and gave people no opportunity to get to know me. Telling people that I liked books and writing was not really some kind of “***Flawless”-inspired bluster or overblown opinion, but just a fact about me, pure and simple.

This led me to an easy way to discern whether I was comfortable making a certain statement about myself. If a statement I needed to make was a fact, then that was completely and utterly fine. And while it applied to basic details about my life, like whether I had ever been born (spoiler: yes) or whether my hair was black (uh-huh), it also applied to things I wanted or liked. There is nothing “over-the-top” about stating facts: Modesty needn’t come into it at all.

2. Saying a positive thing about yourself is not necessarily boastful if it’s true.

Because our cultural beliefs reinforced modesty, it was the done thing to gossip about, rather than celebrate with, people who unabashedly talked about their triumphs. Consequently, I learned that taking credit for my achievements or even talking about them would be poorly regarded.

But refusing to take pride in my accomplishments is a truly horrible way to undercut my own happiness, ambition, and hard work. It makes me sad when I see my friends pooh-poohing their successes, as if they didn’t work incredibly hard or take the opportunity to wonderfully showcase their talents! I encourage them to accept and honor their wins, and I encourage you to treat yourself in the same way—be your own friend and remind yourself that you rule.

Boasting is frowned upon in many cultural contexts, because of the arrogance and over-inflation associated with it. And it’s true that if you said you were a better singer than Beyoncé but couldn’t actually hit a note, I would be skeptical. But trying to avoid bragging doesn’t actually preclude saying anything good about yourself. I checked our trusty old friend the Oxford Dictionary, and modest means “Unassuming or moderate in the estimation of one’s abilities or achievements.” So, if you are really great at darts or making blueberry grunt, or writing poetry, there’s no reason not to say so: You’re just being truthful! You deserve to enjoy the satisfaction you get from having done something great. Plus, what if I had a darts team that needed JUST ONE MORE MEMBER? How would I have known to secure your sure hand and eagle eye for the Dartz Queenz Team if you didn’t tell me????

Here, the “fact” test applies, too. Do you look good today? Are you the very best at remembering pirate shanties? Are all dogs always excited to meet you? If you’re not exaggerating, you’re not really boasting.

3. Guess what? You’re allowed to take pride in your accomplishments.

One of the provisions of modesty that always rubbed me up the wrong way was the idea that you shouldn’t celebrate your own feelings and achievements or be satisfied with hard work you’ve done. Who’s to say how hard or how often you should high-five yourself? Sure, if I only talked about how stupendous I am at everything, that might be grating—it’d be boring and inconsiderate. But saying you’re happy because you pulled off a recipe, magic trick, percussion exam, long con—whatever—without being arrogant is altogether possible.

Here’s an example of something that might seem over the top according to the modesty rubric: When Tinashe sings, “We the best, we the best / We the best in the West,” is she really saying that all other couples in “the West” pale before her and her boo? Well, perhaps—Tinashe is pretty tight. But using the superlative like this is classic hyperbole, a literary technique in which the speaker or writer pumps up the emotional volume by exaggerating what they’re saying. “We the best” is about Tinashe’s feelings rather than her objective assessment of her romance—her and her boo are the best to her because they make her feel the best. And that puts her claim totally on the level.

As far as I’m concerned, if you’ve done something you’re proud of, you should talk it up. You are the one who has performed to perfection, and being thrilled about it is a reward that no one should take away from you. Shine on, gorgeous diamond.

There you have ’em: Three ideas for letting that light of yours shine. Working these tips into your life won’t necessarily “cure” feeling bashful when talking about yourself, but keeping them in mind will help put that feeling in perspective, when it comes. ♦