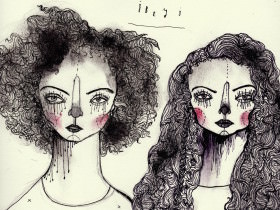 Find Out About Yourself: An Interview With Ibeyi 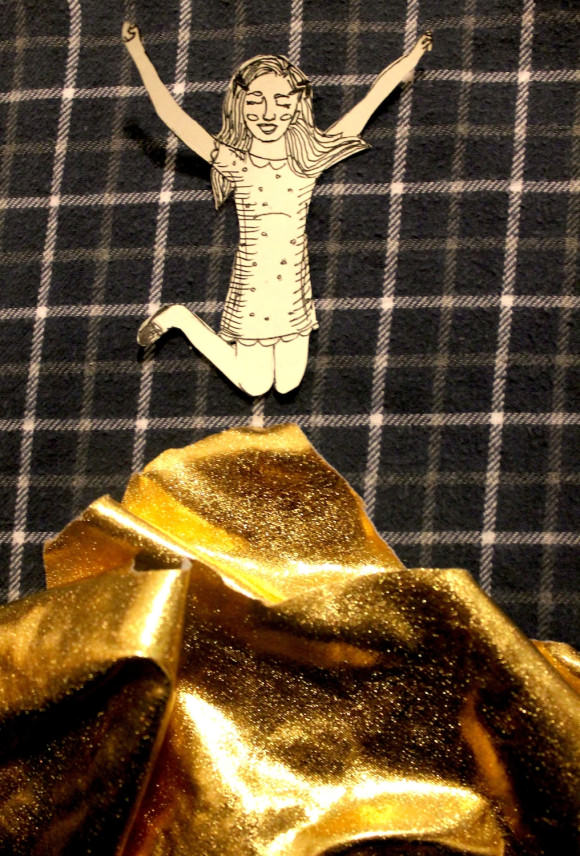 When I first started making art, my lack of time, money, experience, resources, and an audience were incredibly discouraging. I didn’t know a lot about what I was trying to do, and the idea of putting work out into the world was scary. I was making music and visual art in my own bedroom and at friends’ houses, and gradually publishing it on the internet. Despite the often lackluster results of my first attempts, I learned something each time I failed to create what I wanted to. Often, I didn’t have the equipment I believed I needed, but it was around me, once I figured out where to look. My friends and I taught ourselves to use whatever we found, and the amount of knowledge I’ve gleaned from YouTube tutorials over the past few years probably adds up to what I’ve already forgotten from my high school classes.

Instead of viewing my obstacles as a deterrent, I began to look at them as an opportunity to make something that came uniquely from my position and perspective. When you’re starting out, learning how to approach making your own work is the most important thing, since doing so will help you develop your own voice and vision. Here are some ideas on how to make art in a way that uses your disadvantages to your advantage.

It’s totally natural to have a long period of sucking at something before you become better and more confident at it. I think people tend forget this as they get older, since once you’ve mastered your motor skills and made it through school, they forget what it’s like to do something for the first time with no previous experience. That’s why it’s so much easier and more comfortable to learn how to play a clarinet as a child, rather than as a middle-aged adult. Older people are easily discouraged when they feel incapable at something, since they’re so often capable at most of the things they do, which is why it makes sense to start learning while you’re still comfortable with not knowing stuff.

Another benefit of starting young is that you have time to mess things up and work toward getting better while there isn’t as much at stake. Each time you attempt a project you learn something new, so starting early means having experience and intimate knowledge about whatever it is you’re doing by the time you’re an adult. For a lot of people, being young also means your time and effort doesn’t have to turn into profit, which allows some room to experiment without the anxiety of making a living or becoming “successful.” Put as much effort as you can into each attempt; you can learn from the mistakes you make and grow from each experience. If perfecting something is your goal, and you have a hard time seeing yourself produce subpar work, try documenting your progress and take time to reflect on your growth.

Instead of looking at your practical limitations, like low-quality materials or lack or resources, as a fault, explore the possibilities of working alongside them. The experimental film movement, Dogme 95 was entirely designed around making art in tight limitations. Together, the Danish directors Lars Von Trier and Thomas Vinterberg wrote a manifesto including rules for creating a film in an effort to eliminate the complications and “filler” of high-budget filmmaking. The 10 rules stipulated that shooting should only be done on location (using no sets or outside props) using only hand held cameras, and no sound should be produced outside of what’s recorded during filming. Each rule was chosen to force directors to make films that focus on acting and storytelling.

Recently, I watched Harmony Korine’s Dogme 95 film, Julien Donkey-Boy, and was blown away by what came out of such tight restrictions. All of the dialogue is improvised (minus one scene) and the entire film was shot on cameras designed for people to use at home, rather than those typically used for feature films. What emerges from each of these weird obstacles and limitations is a film that celebrates elements like low video quality and unconventional performances—typically discouraged in cinema—and which looks and feels unlike any other film.

Beauty exists in every medium and format, and sometimes your intentions or message can come through even stronger with lower-quality materials. When you sacrifice the sparkle and polish of something done “correctly” you can dig deeper into the core of what you are trying to communicate through your work.

Find someone who’s doing what you want to do, and study the steps they took to get there

It’s always great to have someone to look up to, especially if they’re making the kind of work you want to make. Sometimes, admiring the enormous artists and writers of the past who produced historically important work in their field can be alienating, especially if you attempt to mimic their career path, since the worlds they were working in are very different from the one we live in today. The creative world has changed so much, even in the past 10 years, so learn about people who are currently are doing what you want to do. And even if someone is doing the kind of work you’d like to do, remember that there’s still totally room for your approach and perspective.

When I was 16, my aunt showed me the film Beautiful Losers, a documentary about a group of friends and artists who met in the ’90s, through a small independently run gallery in New York called Alleged. The film follows the artists Ed Templeton, Margaret Kilgallen, Barry McGee, Mike Mills, Geoff McFetridge (and more), on their path to prominence in the art world. Although each artist starts out incredibly modestly, through continually making work together, “legitimate” galleries and companies start reaching out to them with opportunities. Still, the film shows the artists as primarily concerned with making art that is important to them and their small audience of friends.

I had the opportunity to meet Geoff McFetridge, one of the artists in the film, at his show opening in Chelsea last month. While speaking to him he reiterated how important it is to just “make cool shit” and keep producing as much stuff you’re excited about as you can. Eventually someone will take notice, and people will start asking you to make cool shit for them! It’s not impossible to make a living in a field you’re interested in, plenty of people do. Examine the different paths various people have taken, and see how you might do the same.

Expensive professional materials are great when you have a focused idea of what you want to do, and the skill to make something just as you envision it. When you’re starting out though, reuse and repurpose stuff you find around you. Thrift stores can be a trove of materials, tools, and inspiration, and you’ll often be able to leave with something you weren’t even searching for.

If you want to start making your own clothes, or you need costumes for your next film, check out the clothing section. If you’re looking for something to be able to paint on, almost any surface can be repurposed into your canvas. If you’re about to start your rad new bedroom recording project, you can find all sorts of instruments and recording equipment at your local junk store or pawn shop. You can find almost anything at thrift stores, and the search is half the fun! As you get better and better you may end up wanting to start practicing on more expensive and precise materials. But you may even discover that the uniqueness of something you experimented with is totally lost when using more traditional tools.

If having an audience is something you’re concerned with, there are a few different ways to go about it. Producing work on the internet means that the number of people who like or follow something is pretty transparent, and it’s easy to assume that quality of your work is proportionate to the number of eyeballs that are on it. But that’s not true! Success can be understood as achieving your own personal goals and making yourself happy, or it can be viewed as affecting as many people’s lives as possible. Either way, working to elevate the quality of your art will afford you satisfaction, and an audience that cares deeply about what you’re making.

Back in 2014, I saw the band Porches for the first time. I knew very little about them, so I was astounded to see the entire audience totally light up and sing along to every song they played during their set. This one little band was so unbelievably important to all of these people crammed into this tiny venue, yet I’d never even heard of them. The internet means that individuals can find artists whose work speaks specifically to them, and reflects their experience. While that doesn’t mean every single artist will have an enormous following, it does mean that people care more strongly about the work they find and connect with. Focus on the quality of your work and how personal it is to you before worrying about how many people know about it. Once someone does find your work, it’s going to stick with them and make them want to share it with others. From that night on I became really into Porches and pretty much anything Aaron Maine had done, so I made a point to share it with everyone I could, in the hopes that it would affect them as much as it had affected me.

I’ve made visual art and played music for as long as I can remember, and now that I’ve had a lot of time to practice those things, part of me even yearns for the naïvety I had when I was figuring things out for the first time. When your skills and resources are limited, and not many people are seeing your work, you have true freedom to grow and develop without preconceived notions about how something is supposed to work or expectations about what should come of it. As an artist, no matter how long you’ve been doing making work, you’re always in the process of figuring things out, and it’s wonderful to recognize that even the people you look up to are changing and growing as they learn more themselves. Looking at what you don’t have can make you feel discouraged or confused, but sometimes looking at what you don’t have can liberate you to make work that reflects your perspective and position, and guide you in a direction you would never have imagined. ♦