“In the best friendships, you can just really get each other without trying.” 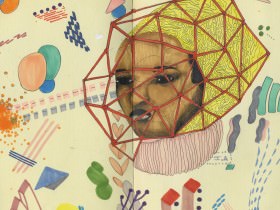 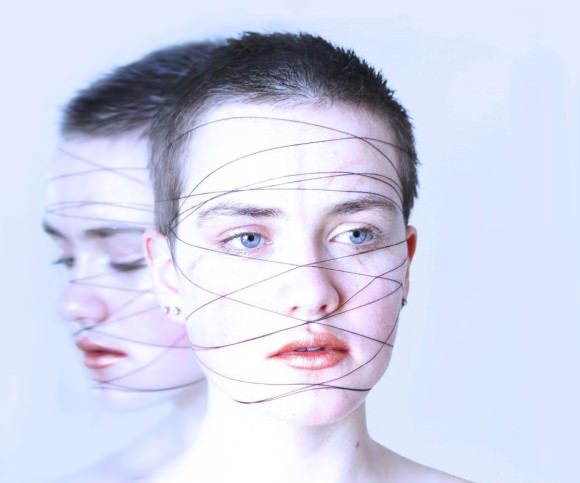 Lupa J–otherwise known as Imogen Jones–has sort of lived two lifetimes in 17 years. The Australian music student is a self-taught electronic artist and producer, but up until she was 15, she played classical violin. While shifting styles, Lupa J would fill up journals with haunting, bewitching stories and songs, such as “Dirty Skin.”

Her new song, which we’re premiering right below, is about the demise of a friendship:

I talked to Lupa J about the story behind “Dirty Skin.” She also gave me tips on how to stay practiced and disciplined, and what makes for a healthy friendship.

ANNE T. DONAHUE: How old were you when you started taking classical violin lessons?

LUPA J: I was six when I joined the violin ensemble in my primary school, but I didn’t start having one-on-one lessons until almost a year later.

When I was four, I started taking piano. I stuck with it until I was 12, but my heart wasn’t in it and practice was intense. How did you maintain discipline?

I completely understand that–it’s so hard! That’s actually why I stopped playing violin as seriously, and decided to focus on songwriting. I’d had this dream of joining an orchestra for a long time, but from playing in school and youth orchestras, I [found out] how competitive it was. I knew that in order to be able to play professionally, I’d have to practice for hours a day. When it got to the point where I was expected to practice three hours a day, I started to realize it wasn’t really for me. Songwriting and composing made me much happier than playing violin. I switched from [being] a violin major to a composition major, at school, which meant I had fewer violin lessons, and more intensive classical composition lessons. When the pressure and competitiveness that came with playing violin went away, I was able to actually enjoy practicing and playing violin much more.

How do you make practicing a little more fun? For me, I rewarded myself: Every time I studied and did something well, I’d have chocolate.

I’m a real chocolate addict, so that sounds like something I’d do. Good idea. The main thing that’s made it better [for me] has just been the pieces I learn. If you’re aiming to become a professional violinist, there’s this “ladder” of repertoire you have to climb: Everyone plays mandatory particular solo violin pieces at particular points in their development. The thing is, most of those kinds of pieces are designed to really push the violinist to their technical limits in order to showcase their skills–it’s like they’re almost composed purely for that purpose. But then, a lot of the time, the musicality and creativity of the piece is sacrificed. I had major performance anxiety and could never pull them off, and I never really liked the music. But recently, I’ve been learning more modern pieces that I really like and aren’t as technically demanding. They allow you to form your own interpretation of how the piece should be played.

At what point did you start working on electronic music?

I started experimenting with GarageBand at the end of 2013. My bandmate Mara [Schwerdtfeger]–who plays violin, sings [background] vocals, and samples–introduced me to Grimes. Grimes was definitely the catalyst for my sudden enthusiasm for electronic music. I instantly loved her music, and after watching her live and video interviews, I really identified with a lot of the things she said–as well as how she seems introverted and awkward, but in a cool way! She led me to believe that what she was doing was entirely possible for me to do, too. I think from the outside, electronic music often seems really male-dominated, particularly EDM. To see Grimes vehemently produce and perform her music entirely herself, made it appear completely achievable and accessible to me.

Did you keep a journal when you started focusing on songwriting?

When I was younger, I would try to fill up exercise books entirely with fantasy stories. I never managed to finish them, but I loved it. As I got older, it turned more to personal writing–like keeping a diary. After a particularly emotionally stressful period where I was constantly writing my thoughts down, I began to transform the writing style into songwriting.

“Dirty Skin” is very powerful. Is it about a particular event?

It’s based around a very intense past friendship–one that ended up being quite damaging. It’s quite an angry song, really, about knowing that someone who’s significantly hurt you is trying to convince themselves that nothing they did could have had an impact on you. But, it’s also about trying to rise about the situation; recognizing that even better things have come out of the relationship ending. I think friendships that fall apart can be just as painful, if not more painful, than romantic relationships, and people forget that.

I completely agree. I feel like friendships can sometimes take more work than relationships.

You’re absolutely right, friendships can be really demanding sometimes. From my experience, I’ve learned that to have [healthy] friendships [you have to] find someone that you really understand and identify with, not on a superficial level. You need to be excited and passionate about the same things you consider to be important. In my opinion, the best, most genuine friendships are the ones where both friends help each other’s ideas about the world grow; where they help each other become the most authentic and uninhibited versions of themselves. I don’t think it’s enough to just be friends with people who are “funny” or “nice”–not if they make you doubt yourself and the things you care most about. It can be really damaging to stay in friendships where you have to try and be someone else to feel accepted. In the best friendships, you can just really get each other without trying. ♦