The Dead Weather frontwoman schools us on the art she loves. 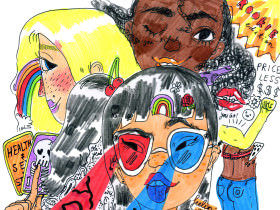 Body Talk: "I'm Pretty Sure I Have Anxiety"