Songs that the Brooklyn-based trio can’t get enough of. 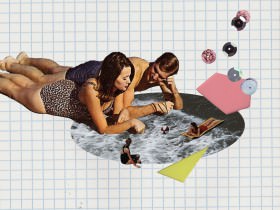 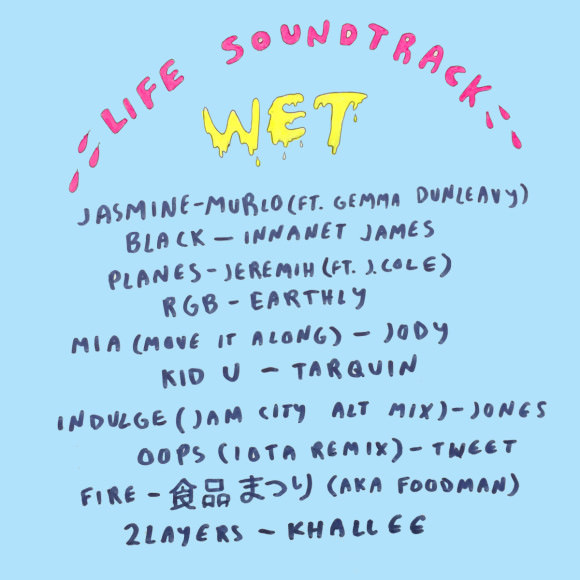 For our series Life Soundtrack, we’ve been asking some of the musicians we like best to curate playlists that will give us a glimpse into their lives. Two of the three members of the Brooklyn-based trio Wet, Joe Valle and Kelly Zutrau, told us about the underrated boy bands and mysterious SoundCloud artists that they’re deep into.

JOE: A friend of mine recently introduced me to Murlo’s music. Murlo’s a producer based out of London. When I first heard this, it felt like it was out of left field, like it was a throwback song. It’s just so refreshing.

JOE: This song is so good. We were just in London for three weeks and doing shows. We were DJing a bit after the shows, and this was one of the songs I would always play.

KELLY: It’s my favorite song right now. [Laughs] I’ve always loved Jeremih. There’s something about the tone of his voice, it just shakes a little bit when he sings. I’ve seen him play piano and sing, and that sort of won me over. I just love the way he writes songs, there’s something dark and sexual about everything he does. I press repeat every time I listen to it.

JOE: This song is representative of the music I’m most drawn to, at least right now. It’s built around odd, real-world samples, and I think it such a nice little piece of music. I like people who make instrumental music that is a little off-kilter and strange, but also that’s feel-good and easy to listen to. I find that balance interesting and important when it comes to Wet.

JOE: JODY are friends of ours, we met them at the FADER Fort a few years ago, and they’re all from Chicago. I think they’re a band that should’ve been the biggest
band ever. They’re like a weirdo R&B boy group sort of thing.

KELLY: I love JODY, I just think it’s so cool that they’re a boyband and I don’t feel like a lot of people are doing boy bands in that way. The songs are really good and the production’s so good and weird.

JOE: Tarquin was DJing some of the shows we had in London, playing in between bands. I like this song a lot. It reminds me of PC Music–that sound is taking hold in different ways in London. I found that in London, the community of people making music feels tight-knit.

JOE: I love this song a lot, especially the Jam City mix version. I really like Jam City as a producer and an artist; he’s one of my favorite people making music right now.

JOE: When you’re remixing a song that’s so good on its own, the important thing to do is let the core of the song shine through, and this one really does that. This remix updates “Oops,” yet the original version, which I loved in the 2000s, is still amazing.

JOE: He’s another acquaintance we’ve made through music, although I don’t know him personally. Foodman has been messaging us on SoundCloud: We had a very brief interaction through messenger in which he sent music over. This is was one of my favorite songs from his EP.

JOE: Khallee’s a member of JODY who put out a solo EP recently, and this was my favorite song off of it. The producer Bobby Swan, who’s also from Chicago, is great.

KELLY: Khallee and I have been working on music together a lot recently. We’ve been having a lot of fun working together. I just think he’s such a talented songwriter and singer. ♦