Gilmore Girls showed me that the band doesn’t have to fall apart just ’cause you tell your crush how you feel. 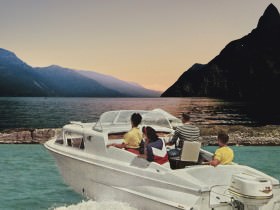 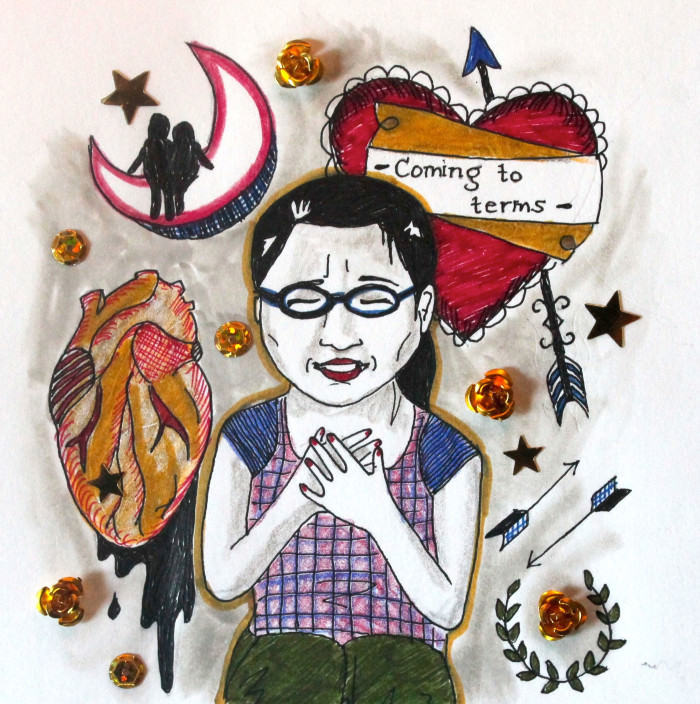 In an early season of Gilmore Girls, music-obsessed character Lane Kim develops a swift and complete love affair—with percussion. She’s never picked up sticks before stumbling across a cherry red drum kit in the local music shop, but soon enough she’s found her rhythm and sets out to find the band that will let her live out her Rilo Kiley dreams. That’s how Lane meets Dave, a guitarist who is totally on her wavelength musically and, eventually, romantically.

But Lane and Dave have to keep their relationship a secret, not just from her super-strict mother, but from their bandmates Zack and Brian. As music history nerds, Lane and Dave know all too well that the annals of music history are filled with stories of what she calls, “The rock & roll casualties from intra-band dating.”

A few seasons later, after Dave has moved away to college (i.e. when Adam Brody, the actor who portrayed him, left Gilmore Girls to play Seth on The OC), Lane is still in the band—the music survived, the relationship didn’t—and her feelings for Zack begin shifting from platonic to romantic. Trying to determine whether telling Zack how she feels is a wise decision, Lane weighs the pros and cons. She considers the bands that managed to successfully combine love and music—Lux Interior and Poison Ivy of the Cramps and Ira Kaplan and Georgia Hubley of Yo La Tengo were founding members of their respective bands—as well as those that survived after members fell out of love—No Doubt, the White Stripes. Bands whose work suffered when their members’ relationships dissolved, like Fleetwood Mac and Jefferson Airplane, are Lane’s worst-case scenarios. It’d be great if all musical breakups were amicable, but sometimes they cause a wider split, and Lane was right to be kinda nervous about that.

Joining a club or group can be a great way to meet new friends; doing so also presents exciting new crush opportunities. Unlike meeting someone at a party, in a club, or at the supermarket, when you’re spending concentrated time with a cool person doing something you both really enjoy, you already have a strong foundation to build upon. (I’m sure there are people who bond over their mutual love of supermarket check-outs but I can’t speak for them!) That band, club, or project is great not just because it’s indulging in your passion, but because it lets you hang out with your crush and get to know them better over time. But when romance is added to the mix, stuff can become kind of unsteady and hard to navigate and categorize.

So often when we’re tossing up whether or not to be open with our feelings, phrases like “what’s the worst that could happen!?” provide comfort, because “the worst” is usually something like, it’ll be awkward the next few times we see one another, or they’ll say they don’t like me back. It encourages us to take a chance and hope for the best that could happen instead. When it comes to opening up to someone you’re sharing an activity or project with, though, the post-confessional awkwardness could really threaten something you value.

Lane’s fear of risking the band’s future—a band that offered her the freedom to be creative and travel and do all the things she’d always dreamed of doing—because of a crush is a super real and valid one. When you find yourself in this situation, it can feel like your heart is in a tug-o-war with one side saying, “Tell them how we feel in this big ol’ heart! Maybe they’ll return your mad love!” while the other is more like, “Whoa, whoa, whoa, let’s not forget about this project/ band/club we both love though! What will we do if that ends?”
When grappling with these feelings, it’s natural to be kind of scared: Feelings Are Weird. Sometimes it’s hard to talk about them or deal with their consequences, which gives them the power ruin something great. Playing it cool can feel easier than being vulnerable, but it can also leave you in a perpetual state of “what if?” To remove yourself from that zone, you have to either wait in the hope that your feelings dissipate, or do something about them.
I’ve had TONS of experience developing crushes on classmates, friends, camping buddies, and project pals. I’ve also had some pretty intense blowups with totally platonic friends over feelings we’d tried to avoid dealing with altogether. My approach to emotion-chats has always been one of the following:

Option A: Withhold my real feelings out of fear.
Option B: Tell half-truths that protect my heart/feelings/self.
Option C: Take control of those scary feelings by laying my heart-cards on the table.

All three are scary, but only one ever feels at all rewarding. (Guess which?)
I will never, ever condemn anyone for playing it safe with Option A. It’s OK to simply enjoy that swoopy feeling in your gut when your crush’s name appears on your phone or when they show up at band practice, without taking steps to turn it into something more. I took this route with the singer of the band I played in during high school, and it meant the fun of the crush played out for as long as I wanted it to. (You can interpret a “let’s hang out and practice singing the canon bridge from that Taking Back Sunday song” text a trillion different ways if you want it to mean something badly enough!). That said, saying nothing leaves you rooted in place singing, “Hoping for the best/Just hoping nothing happens” on a loop. There’s no going forward if you don’t do anything about the way you feel.

I explored Option B when I developed a crush on a guy I’d been friends with most of my life. We’d spend our weekend mornings together watching soccer games and our afternoons bowling, or at the movies with our friends. One day after school, we were texting back and forth when I decided to be bold and tell him I liked him. I wrote the text. Immediately after hitting “SEND,” I panicked. What if he doesn’t like me back? What if I’ve just blown years of awesome friendship? Before he could reply, I texted him again: “Oh my god, that was my friend Hannah! She stole my phone!” (I didn’t know anyone called Hannah.) The next time we went to a game we both pretended nothing had happened.

Option C is, spoiler alert, the one that offers the most potential for positive results in the long run. But it’s a route I’ve taken only once or twice before. I’d been friends with J for about a year before we began spending lots of time together working on a big group project that called for lots of meetings and communication. Any time we were in a big group, J and I would share a joke, or splinter off into a mini side conversation. My crush grew slowly, until I couldn’t ignore how I felt.

I weighed my choices. There were still months ahead of working together, in close proximity. A confession could make our version of Lane’s band practice very awkward. As the classic play-it-safe-r, my instinct is self-preservation. For as long as I could recall, I had been keeping myself from potentially great experiences because the act of asking for them was too scary. Saying “this is what I need or want or feel” felt terrifying because it meant releasing the power to control what happens. I didn’t know what might happen after a confession, because I’d rarely had the courage to handball my heart—it was safe with me, and I didn’t want to risk entrusting it to anybody else. But, after weeks of playing it cool, and trying to enjoy the personal jokes and sweet texts without crossing the invisible friendship line, I knew I needed to do something, as scared as I was.

I knew J well enough to know I could at least trust him to hear what I had to say and not run around telling everybody else, so that was a big tick in the “pro” telling him column. With Kanye’s words on bravery ringing in my mind, I composed an email laying it all out in the open, telling J how he made me feel and why the act of telling him was kind of a big deal. I made no ultimatums and gave him no responsibility for what to do with this information. Instead, I told him, “I don’t expect anything from you after you read this…I just want you to know.”

In that way, the moment felt similar to that episode when Lane owned up to her feelings for Zach, telling him, “I like you as more than a bandmate and more than a friend. I like you. I have liked you for some time now, and I don’t think this feeling is going to go away. I just thought you should know.” And like Lane’s confessional conversation, writing to J was less about creating a relationship, and more about me opening my heart wide and teaching myself one very important lesson: You can say how you feel and survive it.

J and I talked a little over email, and despite his not reciprocating my feelings, I survived, and so did the project we worked on together. We saw each other a little less and texted each other less frequently, but the hugs and conversations we had when we did hang out were there to remind me there was no weirdness.

A while later, I saw J at a gig. During his set, Wil Wagner premiered a new, unreleased song which included a line that turned my guts to jelly. “The last time I said I love you, nothing exploded and no-one disappeared.” The haze of worry and nerves dissolved because it was so simple and true. Nothing explodes. No-one disappears. All that happens is you remind yourself that your feelings are your own, to hold on to or to share with the universe. ♦