Always Do You: An Interview With Micachu & the Shapes

The UK trio advise on how to follow your gut instincts. 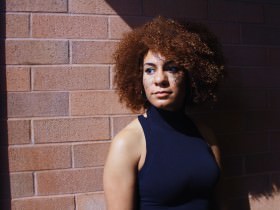