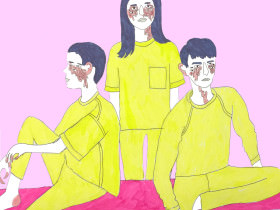 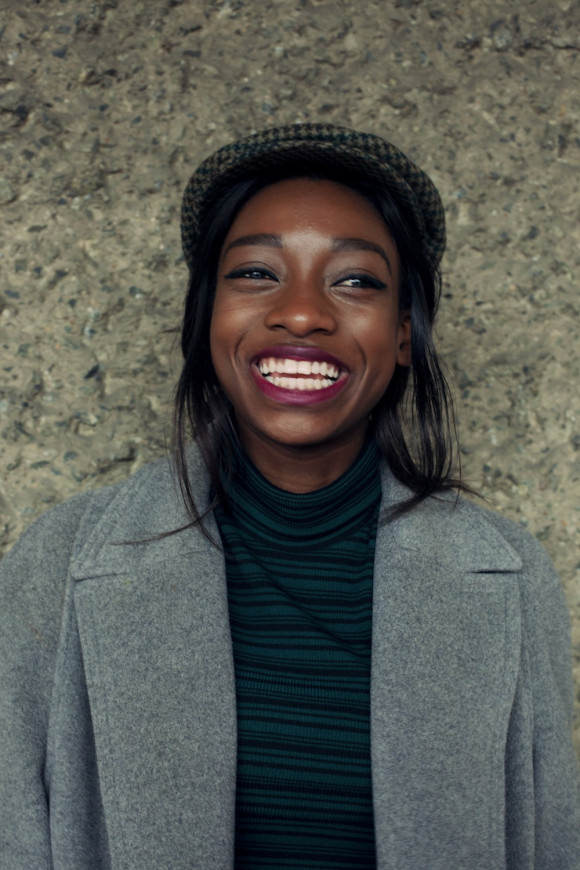 All photographs by Eleanor Hardwick.

After just a short conversation with the British rapper Little Simz, I feel my whole worldview changing. Whether it’s clothes, art, the education system, or the music industry, there isn’t a pocket of Simz’s experience that she doesn’t question with smart consideration, in a way that encourages me to do the same.

When I spoke to Simz (born Simbi Ajikawo), she was in LA taking a “very much needed” break and promoting her debut album A Curious Tale of Trials + Persons, which was a week away from release. In conversation, she’s as confident as she is on songs like “Age 101,”—where she delivers commentary on what it means to be a 21-year-old musician and head of her own record label—although a little more softly spoken.

There’s so much about who Simz is that makes her easy to describe as a role model, but that title doesn’t sit easily with her. She is a firm believer in everyone forging their own path, not mimicking those of others, and her lyrics inspire us to do just that. As she says of her peers in the track “Our Generation Rich,” “I don’t think we’re incapable of doing anything we believe we’re good at.”

BRODIE: It’s hard to believe A Curious Tale of Trials + Persons will be your first album, you’ve been so prolific. How long have you been working toward this release?

LITTLE SIMZ: I started working on the record, writing-wise and collecting beats, this time last year. Then, in February, I went to Red Bull Studios and just recorded for the whole month and went back in June to just tidy up a couple of loose ends. I had it mastered in July to put out in September. It’s been a strong year, heavy activity.

You’ve been releasing EPs in that time, too. When you’re writing, do you think of a song as being “for the album” or “for the EP”?

It depends. With the record I had an idea of what I wanted to talk about, so I was very precious and careful in choosing songs for it. I didn’t want it to feel like a body of work that was a bunch of singles and shit: I wanted it to be very cohesive.