Are you ready to party with your hormones? 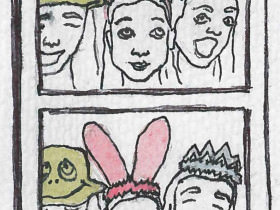 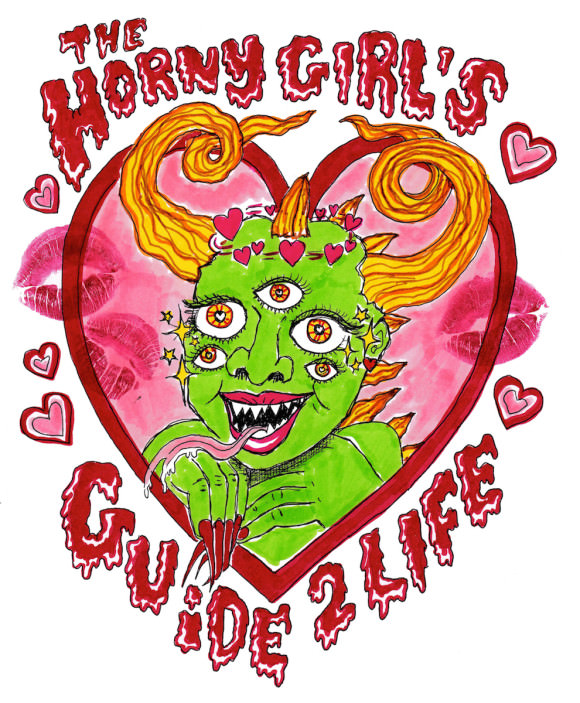 As your body goes through its wondrous changes, horniness (aka sexual arousal) can show up unannounced and ready to party with your hormones. What exactly ARE these horny feelings, you ask? Arousal varies from person to person. Your cheeks could get flushed. Tingles may rush through your bod. An achy, throbbing sensation might occur in your genital area. These are some of the ways the Horn—a presence that I imagine as the embodiment of horniness—basically knocks on your door to say, “Hello? I’m heeeere!” (At the same time, it’s also OK if the Horn passes you by: Some people don’t experience feelings of sexual attraction until after puberty, or at all.)

Where does the Horn lurk?

There are times when sexual arousal isn’t really a surprise. Let’s say you’re at the movies with the object of your affection, sharing a bucket of popcorn. As they reach down for a buttery kernel, their hand gently brushes against yours. Chills run down your spine and right to your sexy area, and you suddenly feel like a cartoon wolf with its eyes bugging out: AWOOOGA! You’re already super attracted to this person, so it’s no shock that your body is getting excited by being in close proximity to theirs.

Sometimes, though, horniness overtakes you when you least expect it. Like, you’re sitting in class and you suddenly get the intense feelings I just described. You ask yourself, How’d this happen, I’m just over here trying to learn some geometry and now I have an overwhelming urge to rub my body against someone or someTHING. You scream in your mind, WHO GOES THERE?!?! Don’t fret, my pet. This is totally common. It’s just the Horn lurking in the shadows.

Sometimes horniness will take over and make you attracted to someone or a part of someone in a way that, at first, makes no sense. The thing is: Sexual attraction is manifested in infinite ways. I tend to like smart, brunette weirdos who make me laugh, but I also went through a phase of being attracted to forearms. Once in English class, I caught sight of a classmate’s tanned arm, and this wasn’t even the “conventional” attraction to a muscular bicep. This was a random forearm. In an instant, I was really into this person when I hadn’t been even a minute before. What the HELL was happening to me? I didn’t know it then, but it was definitely the Horn. (It became a thing for a while, my attraction to forearms, but now I’m into the bicep. Thank you, Channing Tatum and the cast of Magic Mike XXL! Wait, I just watched the trailer and I’m attracted to Channing’s forearm. IT’S BACK!)

What to do when the Horn strikes:

Do a Jedi mind trick to stay focused on the situation at hand. Horniness has stricken me during inopportune moments, like at work, while I was volunteering, and when I was listening to a presidential speech. So what did I do? I’ve learned to put it on pause and forget about it for the time being. Usually, I’ll get amused at the awkwardness, and letting myself laugh about an uncomfortable situation almost always helps relieve tension. I might also tell someone about it! Texting a friend about the conundrum can help make the moment more hilarious. They might even respond that they’re horny, too, except in an even worse place, like in a restaurant with their family. GADZOOKS! Anyway, it might be hard to concentrate, but just say to yourself, “Don’t worry Horn, I’ll get to you later,” and maybe even use the Rock’s voice in your mind.

Consider space and time. If you’re spending a lot of time near someone—let’s say a study partner or a coworker—it’s natural to feel a sexual attraction toward them, even if they may not be your “usual type.” First of all, they’re more likely to be around when you get random sexual compulsions. Kind of like, a horn-crush by proxy. Or you might actually have a thing for them, which is fine, too! If you’re in a professional atmosphere, you’ll have to keep your wits about you, so the aforementioned Jedi-mind-trick may be useful again here. That being said, a random crush can make things more fun! An attraction to someone can just be an uncomplicated thing that happens…then goes away. Next week, you might be over them and getting googly eyes over someone else. That’s how unpredictable the Horn is!

Have sex. If sex with other people is something that you already do, one way to revel in these carnal cravings is to engage in fun, safe, consensual makeouts/humping/hand-holding with someone you trust. If the person you want to bump bods with is someone you already have an open dialogue with, then consider communicating your desires. Whether you’re ready to do so is something you’ll have to decide for yourself: Trust your instincts and comfort level. If you’ve both given and received the green light for some hot and heavy human-on-human action, then it’s time to have some fun. (Sometimes the Horn will also make you want to get creative during your sexual endeavors. When I was in high school, I decided to construct an outfit of seduction using Saran wrap, after watching a particular scene in the decidedly un-sexy movie Fried Green Tomatoes. I opted for yellow plastic wrap, which was also un-sexy, and then I got stuck in it, and my boyfriend had to cut me out! That mishap did not at all hamper hornytime.)

It’s nigh impossible to tame the wild creature that is the Horn, but we can, at least temporarily, RELIEVE it. Embrace that monster! ♦