Lip balm obsessions, breaking up with someone, and Buffy the Vampire Slayer. 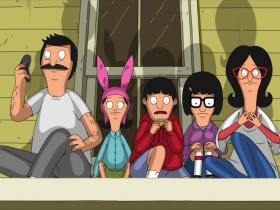 Buffy the Vampire Slayer changed the whole genre of horror and action, and aimed it at a teen audience. That’s not the only thing that made its concept so amazing. We usually see the small blonde girl as a victim to the monsters pursuing her, but Buffy would often turn around and say something witty to her pursuer, making it known that you didn’t mess with her.

Femme power shows up in a number of ways in Buffy. Buffy herself represents physical strength, as she often uses her own body as a powerful weapon, seen in her use of martial arts and just in general with her superhuman strength. Willow, Buffy’s best friend, embodies mystical and mental power. Willow is extremely talented in a mystical sense—her use of witchcraft—and she’s known to be a technology and science whiz. A love for technology and science is usually a trait assigned to male characters, the show turns these gender roles on their head by assigning these aptitudes to Willow. The character Anya, an “ex demon” shows that women can be monstrous in the same ways that men can be, and that women do not have to be sexual and extremely feminine in order to be dangerous and deadly. The character Tara represents the emotional strength that women embody, and the character Dawn Summers represents the power that ordinary, non-magical, non-slayer women have. Six of 12 of Buffy’s main characters are women—actually good representation for once! It was new and fresh and I don’t think we’ve had a show of its kind in a long while. ♦