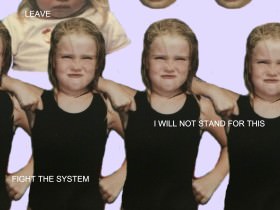 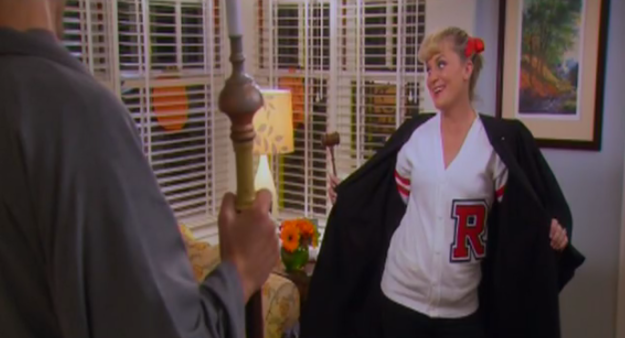 For Halloween, I want to do something like Leslie Knope’s AMAZING Sandra Dee O’Connor costume on Parks and Recreation, which combined some of my favorite things—puns, musicals, and powerful women! Do you have any ideas for something that is both punny and inspiring? —Michelle, 16, Los Angeles

Ooh, a federal government–themed Halloween! Sounds like you’re fixing to repair the relationship between costumes and the electorate/other sociopolitical luminaries that has been so viciously ravaged by people who think that wearing rubber Nixon and B. Clinton masks is funny. These people are also known as “me,” but I’ll put a little more thought into your outfit than I have, historically, my own. 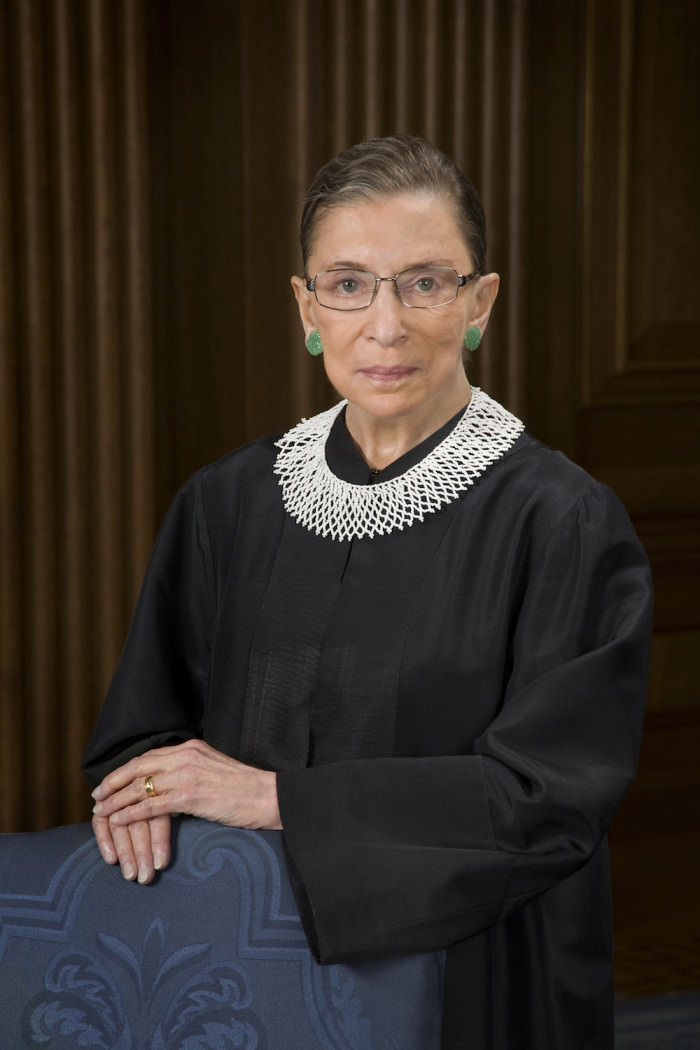 This costume is a marriage of two great forces—candy, and the second female United States Supreme Court justice, after Sandra Day O’Connor. You’re basically dressing as Leslie Knope’s protégé with this one! All you’d need is a judge’s robe (or a black tablecloth or sheet with arm holes cut into it) emblazoned with the candy bar’s colors and logo (easily done with fabric paint)…

…plus big glasses, clip-on earrings from the thrift store, and slicked-back hair. Bonus: This costume comes with a prefab fun size–based accessory—you can carry a prop gavel and a bunch of Baby Ruth bars. Then, act as a judge of other people’s costumes and award, if not landmark court decisions, at least chocolate, to others whose costumes you’d like to see as the standard by which all other costumes are based.

I feel like I just unwittingly took part in the candy-corny Halloween practice of changing your Twitter name to something sPoOoOoky/candy-based, but on the behalf of a history-realigning progressive woman. I feel real respectful right now, is what I’m saying. At least no one had to wear a rubber mask? Happy Halloween! —Amy Rose

This is my first Halloween with my boyfriend. I was thinking of doing a couple’s costume, but I want one that isn’t super clichéd or overused. Can you help? —Idea-less, 17, Toronto

I totally feel you about wanting to wear something that isn’t overdone. Sometimes I enjoy having a Halloween costume that most people can’t figure out—it can be pretty amusing when their guesses are totally out of left field!

When it comes to partner costumes, there are tons of tried and true classics, but it’s pretty easy to come up with some new, unique, maybe even obscure costumes that will make you and your boo/BFF stand out from the crowd. Fictional, cinematic duos make for great options because, even if the characters you love have been played out, you can almost always find a similar alternative.

Let’s say you adore the movie Grease, but you know three different pairs of peeps who have already portrayed the good-girl Sandra Dee and her rebel crush Danny Zuko. To get that 1950s greaser + goody two-shoes look, you could instead summon our dear Uncle John Waters and his movie Cry-Baby by dressing up like bad dude Cry-Baby and good girl Allison! 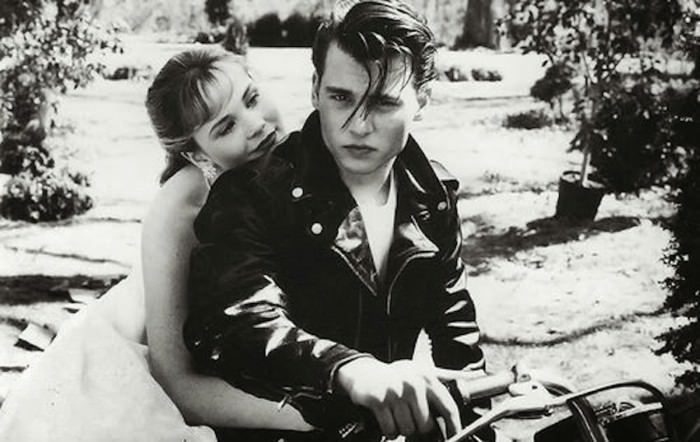 Amy Locane as Allison Vernon-Williams and Johnny Depp as Cry-Baby in Cry-Baby.

Impersonate the leader of the notorious Drapes, Cry-Baby Wade Walker, by slicking back your hair and throwing on cuffed blue jeans, a white T-shirt, and a leather jacket. Of course, you’ll need a single tear to complete the look. You don’t really have to cry, though! This “fake tears” tutorial just uses aloe gel:

Or you could also try a “sweat and tears” makeup liquid like this one.

As for the “square” Allison: Get her look by wearing a dress fit for a ’50s prom, like this getup from Heart of Haute. Then pull your hair into a ponytail and curl your bangs, if you’ve got ’em. See what I mean?

If you’re not digging Allison’s look and want something more Drapes-like, you can be Wanda Woodward instead. 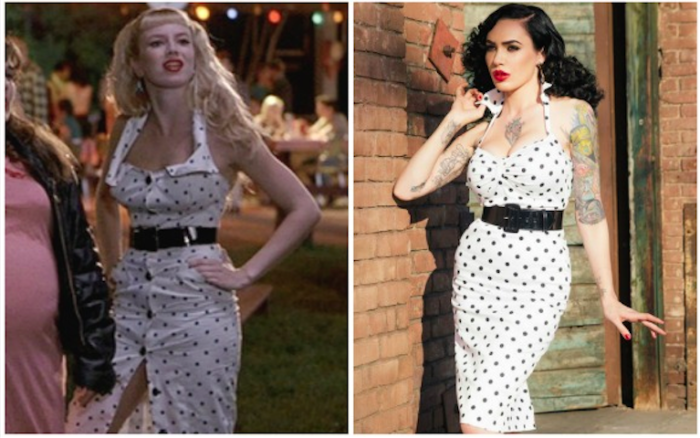 Wanda, a.k.a. my personal favorite Cry-Baby character, wears a 1950s dress, too, except hers hugs her bod. The polkadot number above is very similar to what she has on in the film. You’ll also need a leather jacket to match Cry-Baby’s, and a serious red pout.

Or how about Claire Danes and Leonardo DiCaprio in Baz Luhrmann’s Romeo and Juliet? It would be pretty meta, ’cause you’d be dressing in the costumes that Romeo and Juliet wore during the famous costume-party scene—a VERY romantic part of the movie that still makes me swoon:

One costume would consist of knight’s armor, which is usually pretty easy to find at dollar stores/toy stores or to make from cardboard. Throw it over a white thermal or long-sleeved T-shirt, and you’re done!

The other costume would be pretty simple, too: pair a long, white maxi dress (I love this one from Bluefly) with angel wings like these (or if you’re feeling crafty, here’s a tutorial on how to make your own!). To complete the look, this necklace is perfect.

Other ideas for movie-themed partner costumes…Justice and Lucky from Poetic Justice: 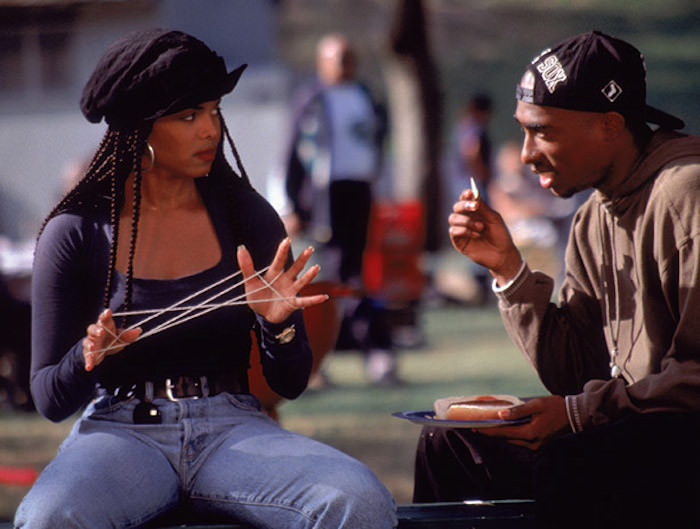 Janet Jackson as Justice and Tupac Shakur as Lucky in Poetic Justice.

Letty and Dominic from The Fast & the Furious: 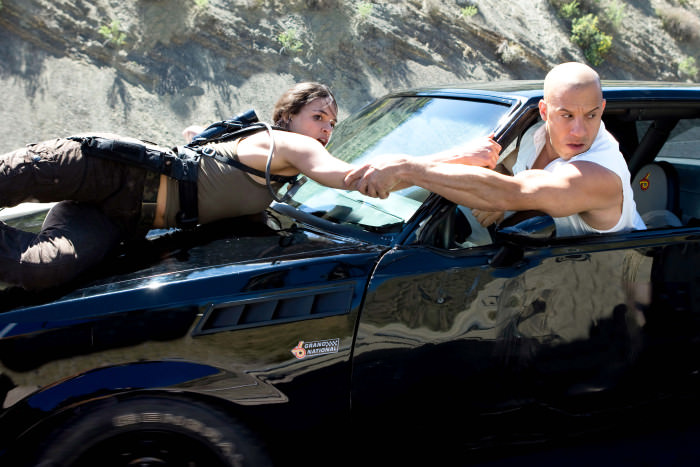 Michelle Rodriguez as Letty and Vin Diesel as Dominic in The Fast and the Furious.

Alabama and Clarence from True Romance: 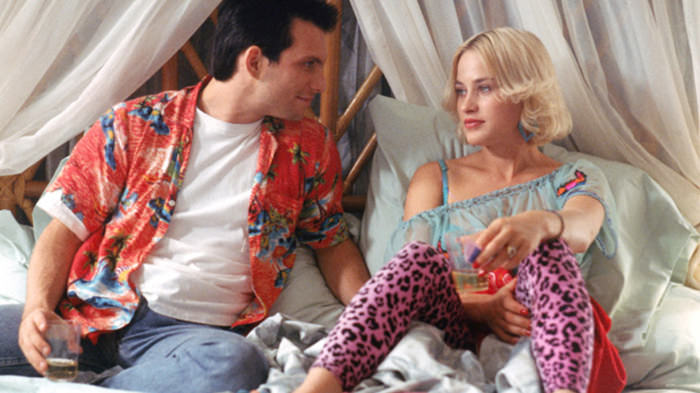 Christian Slater as Clarence and Patricia Arquette as Alabama in True Romance.

My friends and I are having our annual Halloween sleepover, and each year we choose a topic for our costumes. We have done YouTube videos, “gender-swapped Disney,” and more, and we have a competition that includes acting the costumes out and, sometimes, musical numbers. This year, we are having trouble picking a topic that is broad enough for all 15 of us to think of a different costume, but that is still funny and that we all like. Any ideas? —Antonia ,18, Chile

OH MY GAWD. That sounds like so much fun! I’m sure it’s hard to find something EVERYONE agrees on, so I’m going to dive right in with my ideas and hope you’ll be inspired! If all of you like comics or superhero movies, why not X-Men? There are plenty of mutant heroes to go around, and you can apply the gender-swapped concept to this, too. The only prob may be fighting over who will be Wolverine!

You could also dress up as characters from a movie director’s canon. The possibilities are endless: There’s Tim Burton, who has the most incredible movies, like Pee Wee’s Playhouse, Batman Returns, and Edward Scissorhands. Can you imagine Edward going head-to-head with Pee Wee? Think of all the crossover-themed skits you can come up with!

On a similar tip, you could also settle on an actor or actress with a lengthy film résumé, and each person would dress up as a character he or she portrayed. If you picked Kirsten Dunst, for example, you’d be able to choose from Interview With the Vampire, Bring It On, Marie Antoinette… 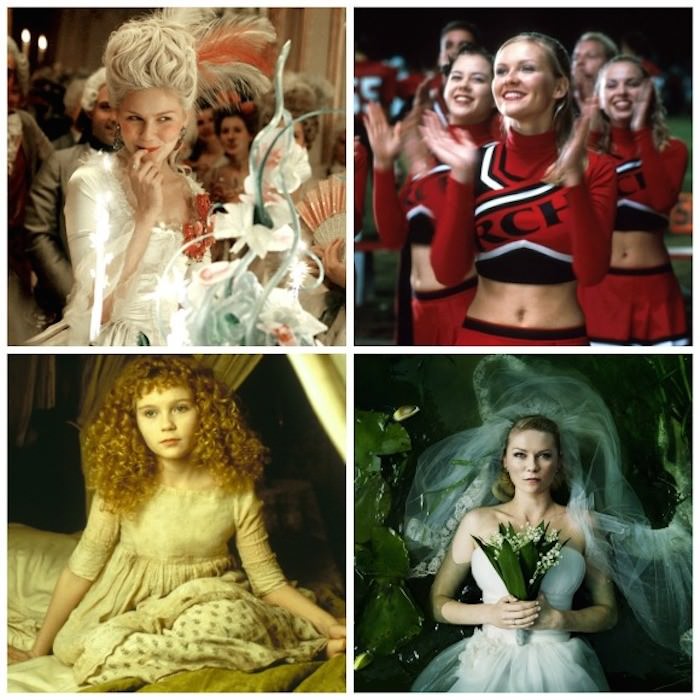 Clockwise from left: Kirsten Dunst in Marie Antoinette, Bring It On, Melancholia, and Interview With the Vampire.

Or, because you’ve already done YouTube videos, why not try memes? Imagine figuring out how to express “What are those?” through a costume! If you and your pals are into Greek mythology, why not channel your inner Persephone, Aphrodite or…Medusa! Who wants to wear a bunch of (faux) snakes on their head? I know I do! If there’s a particular book series you and your friends like, let’s say Goosebumps, you can get ideas from those characters, too. And one last idea: horror movie villains! There are PLENTY, such as Dracula, The Wolfman, or The Mummy, plus you’ll actually get to dress like something scary for Halloween, which is kind of a lost art, nowadays. Plus, your skits would be scare-larious! —Marie

I’m going to be at the Fest, a punk music festival in Gainesville, Florida, this year for Halloween, and I was wondering if you had any advice on costumes that are cool/cute but would still be practical for running around from show to show all day? —Katryn M., 22, Tallahassee, Florida

You lucky duck! I have only fond memories of the Fest. It is definitely possible to look both cute and totally intimidating in the pit, you just have to factor in a few things. (The following advice was written with Florida in mind, but applies to the muggy microclimates of any Halloween concert or basement show, too.)

It’s October, so you might need a jacket, but the sticky air will have your body feeling the same. Leave the polyester at home and opt for something more breathable. Plus, if you want your ghoulish zombie Joan Jett makeup to stay on your face, make sure you pack some setting spray. I recommend Urban Decay’s All Nighter Makeup Setting Spray.

You thought the humidity outside was bad? Wait until you’re inside, wading through a swarm of sweaty punks! That said, the less complicated the costume, the better. Try one-piece ensembles like rompers, catsuits, or even UTILITY JUMPSUITS?!?! All these are ideal for unlocking your inner comic book character as you leap from the stage, bounding into a glorious crowdsurf. And regardless of whatever girly-shaming you may come across, dresses/skirts are perfectly punk rock. Just try not to wear anything too dangly, like a long chain necklace or a lengthy cape, otherwise you run the risk of getting tethered to some clumsy kid who’s trying to pogo like it’s 1999.

Long lines and sometimes lengthy walks between venues calls for sensible footwear. I opted for this adorable pair of creepers, and threw in some cushy insoles (like Dr. Scholl’s “For Her Comfort” gel insoles) for good measure: 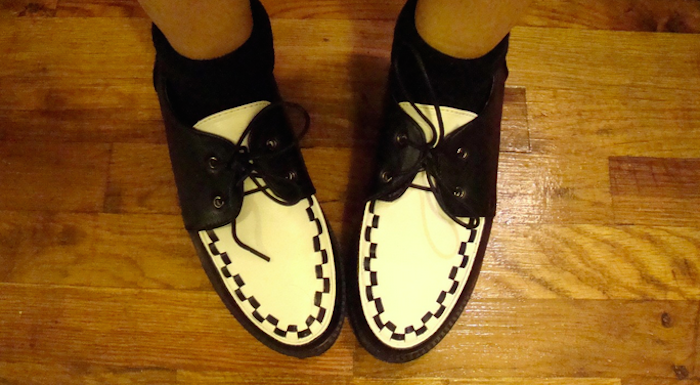 Wear something you KNOW is not gonna be An Issue when you got 15 other people waiting behind you for the restroom. If you’re wearing a leotard, make sure it’s got snaps in it. If you go the catsuit route—because I did just recommend a one-piece and all—try to find one with a no-fuss zipper.

The thing about spending Halloween at the Fest or any other show is that it is no ordinary Halloween. Whether you’re a ghost, a vampire, a banana, or your favorite punk singer of all time, you gotta give your look some extra oomph. Go for a totally ridiculous wig. Opt for the purple Manic Panic hair dye, if you should feel so daring. Throw on a crusty, studded vest over your Athena costume. ’Tis the season to be whoever the hell you want to be! ♦