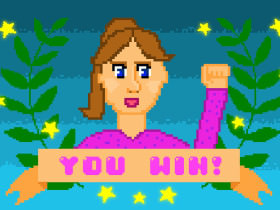 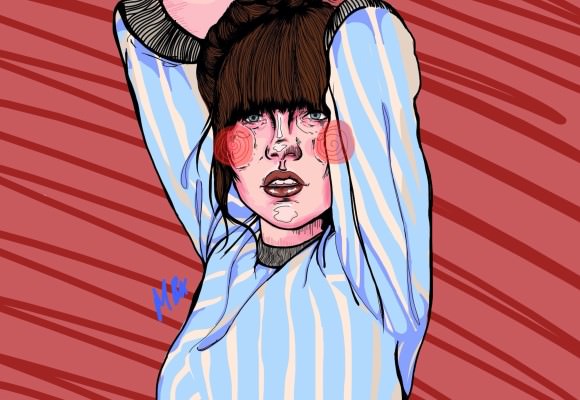 Interviewing Carly Rae Jepsen is kind of like being in a cartoon. Maybe it’s just because I’ve been encountering this ad on the subway for weeks, or because she’s in a floppy hat and Converse sitting criss-cross-applesauce on a chair at this sidewalk cafe, or because when she defers to me to give the waiter my order, she calls me “darling,” and I can feel my cheeks go solid red. I tend to get secondhand embarrassment when zest comes naturally to other people, only because my own enthusiasm has to jump through so many hoops to make it out of my mouth, where it will then be asterisked to death. For this very reason, I also become enchanted by the forthrightness of others, and so I’ve had Jepsen’s album Emotion on repeat ever since it came out this past June.

Emotion is everything I want from pop music. It’s jangly and earnest and intoxicating. Among bold declarations of love are admissions of insecurity, which feel even bolder in a way: “Did I say too much?” “Do you want me, too?” “Do you think that I want too much?” “I didn’t just come here to dance, if you know what I mean—do you know what I mean?” It makes you want to cheer for Jepsen when she can cut the internal monologue to take a guy out and get all, “I can show you the woooorld.” It makes you want to chime in when she asks “Boy problems, who’s got ’em?”, and not in spite of the First Wives Club/AMIRITE, LADIES? vibes, but because of them. Emotion is sometimes about sex but it does not lead with sexuality; at the same time, even as an almost-30-year-old in an industry and genre characterized by youth, Jepsen never seems infantilized.

This album has finally made Carly Rae Jepsen “cool,” with tracks co-written and produced by artists like Dev Hynes of Blood Orange, Rostam Batmanglij of Vampire Weekend, and Ariel Rechtshaid, who’s worked with Sky Ferreira and Haim. But what’s so cool about Jepsen is that she’s not trying to rebrand herself as edgy or avant-garde or anything but a pop singer-songwriter. (See: the unstylized but cute music videos for Emotion’s two singles.)

Talking to her about her process with Emotion resembles conversations with friends about whatever strange little creative projects we’ve been doing for ourselves, or with other Rookie editors about making sure an article is succinct and true to the writer’s voice. A lot of what Jepsen has to say about her love of songwriting is clichéd, but they are true clichés. She’s a theater kid and a nerd and that girl who gets really into what she’s making in art class but not because she wants to create an affect of artsiness.

TAVI GEVINSON: With your album Emotion, you took a lot of time and space that you didn’t necessarily have with Kiss. I’m wondering what that looks like for you. Were you keeping up with music that was coming out, did you shut it out, did you have a certain routine?

CARLY RAE JEPSEN: I became a workaholic. I think it was my way of removing the pressure—knowing that I was doing everything that I could be doing to get to the next adventure. I wasn’t really listening to radio music; I don’t find that I listen to the radio all that often, I never really have. Not because I don’t enjoy some of the music that plays there, it’s just I actually listen to music [that’s the] opposite to the music I make for enjoyment, maybe it’s a palate cleanser, or maybe it’s just something odd about me. I listen to a lot of ’40s on 4 and sadder music, but I have a desire to make quite joyful music. It’s a strange quirk, I guess. But when I was working on this album I wasn’t listening to much, other than the music I was creating, and then I needed silence.

I was working, at the beginning, with everyone who was willing, basically: I tried it all. It was the rounds, as they call it in Los Angeles—it’s a really intense way of doing it where you go with writers but I think that’s more made for people who aren’t actively writing the music themselves. I just found that I was getting really frustrated by that way of writing because it almost felt like mass producing a lot of stuff but nothing of real quality. You’re in rooms where you’re not actually getting to contribute [in the] way that it was important to me to be contributing. When I took a little hiatus, or a new adventure on Broadway in New York, that was a gift that I didn’t realize it was going to be. It stopped me in my tracks to look at why it wasn’t working and why I was frustrated, and to be able to articulate it to my team. I started making my own list of people I admired and loved and who sparked something in me, and having either my A&R man John Ehmann reach out or reach out to them personally and just say, “I’m not into making what I’ve already made, I want to try something new and if you’re open to that, let’s meet.” That’s when all of the good magic started.

Did you find that you had to dispel preconceived notions that any of those producers or musicians had of you?

It was an uphill battle to prove myself as a writer. I felt myself doing that too much, almost, at the beginning, when I was wanting to show all my ideas when you first shook my hand. I had to dial back and be like, That’s my ego. I’m a writer, I don’t need to prove it, and it’s equally important to listen and to hear other people’s ideas and to be ready to challenge that and have them challenge yours. That’s how you get to a greater piece of art, as opposed to it being like, a talent show, you know what I mean? I had to make sure my motivations were right.

At the beginning, whether I want to admit it or not, there was a very real pressure of having a song that was that big of a gift, [it was this] this ginormous elephant in the room. Whenever I walked in it was like, “How are we gonna top ‘Call Me Maybe’?” I was like, “Stop saying that!” I needed to at least be strong enough in my own sense that I wasn’t there to talk about “Call Me Maybe” or make another version of that. When I found people who were excited about letting that go and trying something new and letting that pressure dissipate, I knew I’d found the right people. I just kept re-booking with them, like, I love this group. We became friends and it became an amazing journey. Even the CD release day was more of a reunion—friends getting together and being like, “Remember when we did this?” It was less of a concert and more of a living room party.

Why do you think you gravitate toward sad songs as a listener?

There’s nothing better than a beautifully sad song. It almost brings beauty to your suffering. When that happens, it almost makes it easier, ’cause it’s almost a shared experience. At least, that’s my take on it. I can remember being a little girl, maybe seven and, throughout growing up, my dad used to play guitar for me. He used to play James Taylor covers and Leonard Cohen, these beautiful, almost story-like songs. I would get so lost in the story of the words of the song that I would feel it and I would cry and he’d be like, “Do you want me to stop?” and I was like, “No, no! It feels good.” And it really did. I wanted him to play it again so I could feel that sad feeling. You can go on YouTube and watch videos of babies who [are being played music] feeling things that they probably can’t even comprehend. It’s wonderful to have something that triggers a memory and can take you to a place that you know you’re visiting, to grow and come out of.

Do you find that you ever put yourself in situations where you’re welcoming more of that into your life for the sake of what you’re writing?

No. My life is already chaotic enough to draw inspiration from, I don’t need to cook up any chaos. But I know what you’re saying. A friend of mine recently broke up with his girlfriend, [and] I’m sitting [t]here like, “Think of the songs you will write!” He’s like, “That’s not really helping right now.” “But it will, it’s gonna help.”

I know whenever I have a breakup that music’s coming and I know when I newly fall in love that music’s coming. The only time that I ever really felt like I needed to get out of a relationship that was pretty good otherwise, was feeling completely, for the first time in my life, like I couldn’t write. There was something weird about that. It was almost like I was too self-conscious. I don’t know, it was an odd thing.

Was it that you were too self-conscious or that there was nothing to write about because things were good?

No, it wasn’t all good. I think it was more that I was too heady, and too worried about what he might think of it all.