The Blues of You 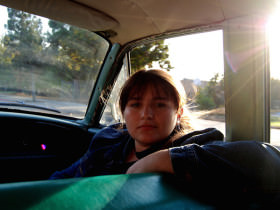 On waves, walls, and writer’s block

I fucking hate writer’s block.
I also fucking hate resistance.
There’s a clash, and ironically the two are more than a couple – one exists only in the presence of another. Resistance and a lack of inspiration can be compared to young lovers, inexperienced and attached at the hip

There was a poet, Ruth Stone, who explained the process of impending creativity:

She would stroll across the fields, open hands for inspiration and suddenly she would hear a distant rumble. A poem, flying across the farm wilds at an unimaginable speed towards her – like a catapult. She knew when it was coming, and when she sensed it; she also knew she had only one thing to do, which in her words was to “run like hell.” Run with all her might, back to her home where she could reach one hand out to a pen and the other to the air – to catch creativity and lock it down for their audience to see.

We, as creative beings, are the vessels for oceans of wonder. The problem with this, however, is that creativity comes in waves.

Sometimes, one feels as though they are stuck in strange transitional phases, and lost. I often scratch up my own internal walls, digging my nails under the paint for hidden traces of words, of images to transfer into my craft.

Other times, we go through phases of revelation – the jigsaw begins to make sense, things come into our lives through forces such as the law of attraction and higher power. i feel like I am going through a washing machine with fabric softener, and the universe is caressing my nerves, assuring me that everything is going to be okay – that my walls, which were bare, dry and void of inspiration will unravel their own neon light.

There is truth that stands with us through the shallows, and the creative storm: and that is, you.

You are at the centre of your work.
You are always more ready, competent and capable than you think you are.
You continue to be a creator even when it seems you can not create.

Humans are powerful, we have created everything from the light bulb to hip-n happen mini mags to fuel our alternative zest – what a miracle it is that you’re one of them.

When the creativity rumbles over the mountain, ensure you have braced yourself to catch it: and until it does, do not beat yourself up for a lack of production.
Do not claw at your cave.