Marah has a surprise. 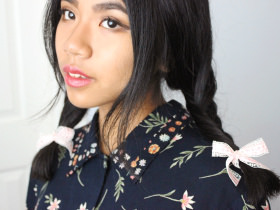 My only goal right now is to find dignity, which I have lost in my own homeland. I have, therefore, decided to travel. We heard that following the global interest in the story of the little Syrian boy who drowned, some European countries decided to send ships to safely transfer Syrians from Turkey to Europe for free. This news motivated me, and I raised the subject with my mother, who completely rejected the idea. She knows that no matter how we do it, it will cost us a lot of money. Additionally, she has heard many stories about poor conditions in the refugee camps in Turkey; she does not want us—if we fail for any reason to get on one of these ships—to end up living in one of them.

My mother’s concerns have not changed my mind, and after the recent explosions in Damascus, I am more convinced than ever that leaving is my only hope. The explosions and the severe security measures that followed turned life in the capital into hell.

The situation is deteriorating day after day. Everybody is exhausted and fed up. A few days ago, there was a huge explosion close to where we live. None of us was injured, but my mother, who was at work when it occurred, was frightened for our lives.

I have a surprise for you: I got officially engaged to the man I mentioned to you. He is my only way to get out of here and start a new life. The engagement is intended as a time to get to know each other and learn if we are a good match to start a family together. When I talk to him, I sometimes feel that I am talking to a friend, and sometimes like I am talking to a brother, or even a father. The whole thing is very recent, but I have a feeling that things will work out between us.

I went to apply for a passport and I was shocked at the number of people also applying. I waited from 8 AM until 4 PM, and it was still not my turn. It seemed like every Syrian was planning to leave, or, more accurately, was planning to escape. I do not blame them—life here is unbearable. Maybe people rushed to apply for passports when they heard about the European ships. We do not know how credible the news is, but people are devastated and looking for a way out.

My mother refuses to take any action because she is worried that the whole story might be a rumor and she does not want us to take any risks. She does not want to leave with me, so I have found my own way out: I will marry someone who can help. I cannot stop thinking of how crowded the immigration center was. Syria is losing its citizens and turning into a deserted country. Everyone is searching for the dignity that Syrians asked for at the beginning of the revolution, but we received more humiliation instead.

It is very strange how life has stripped us of our independent will, and is now leading us the way it wants—we make decisions we never imagined we could make, and take roads we never imagined we could take. The future does not scare me anymore, because there is nothing worse than where I am right now. I must take risks with the hope that I might save myself, my family and my future. ♦

Marah’s diary is produced in collaboration with Syria Deeply, a digital news outlet covering the Syrian crisis. It was translated from the Arabic by Mais Istanbelli.