An interview and song premiere by Chicago rapper Psalm One. 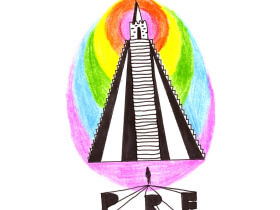 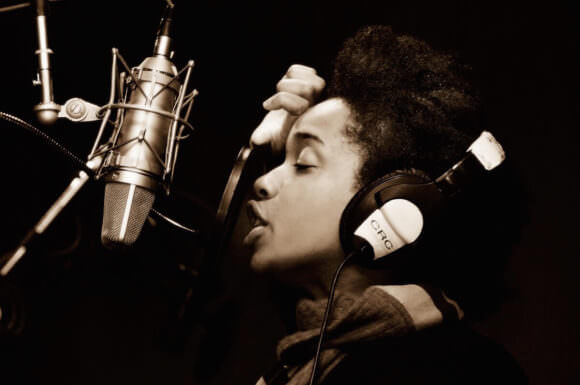 Photo courtesy of Psalm One.

Psalm One has many sides to her. Besides exuding confidence in her music as herself and her alter ego, Hologram Kizzie, the Chicago rapper also holds her own in a science lab (she has a degree in chemistry) and at a stove (she’s really into cooking). She’s a co-founder of the Chicago youth program RhymeSchool, too, where she guides kids through the process behind creating songs.

Her ominous new single, “Maybe Never,” premiering here and now, is just a taste of Psalm One’s upcoming album, P.O.L.Y. (Psalm One Loves You), scheduled to come out on September 25. She’s also working on a new EP with the rest of her collective, RAPPERCHICKS, which consists of herself, Angelenah, WhoIsFluffy?, and ill-esha.

A day before hitting the stage at Chicago’s Riot Fest, and embarking on an 11-day tour, Psalm One told us about “Maybe Never,” Hologram Kizzie, and taking creative risks as a way to escape boredom.

ERIKA RAMIREZ: Tell me about the creative process behind “Maybe Never.”

PSALM ONE: [Producer] Optiks and I have been working together for a long time now. When he sent this beat, I immediately knew it was different. It was special. It was this dark, rocky cave I could just crawl into. I’m very fond of the weird love song. I’m also very jaded and humored by love. Greta [Rochelle] and Jack [Armondo] of My Gold Mask are real friends of mine. It was a no-brainer to have Greta sing it and [have] Jack provide some vocal production. I think it turned out great.

You’ve explored different sounds throughout your career. What helps you takes creative risks?

For me, it’s the need to never be bored. I didn’t quit my job as a chemist to conform to rap. [Before releasing her debut album, The Death of Frequent Flyer in 2006, she earned a degree in chemistry from University of Illinois.] I will always challenge myself, and with challenging yourself on a public platform there is risk involved. I’m just doing what I know in my gut is right.

What would you say is the biggest risk you’ve taken?

A name change is a big risk.

Speaking of, and also going along with our month’s theme of Multiplicity, you have an alter ego named Hologram Kizzie. What’s the difference between Psalm One and Hologram Kizzie?

What’s the latest update on the Rhymeschool program?

When we’re not on the road, we’re building Rhymeschool. Partnering with [Chicago’s] Intonation Music Workshop is key, and allows us to find good matches with schools who really need us. We’re well into our third year now, and we show no signs of slowing down. We strive to be a blessing to kids in underserved areas.

Besides music, what other forms of creativity do you delve into?

I love to cook. It’s basically the studio for all the other senses [besides hearing]. Sight, smell, taste, touch—or mouth-feel. If it wasn’t chemistry it was philosophy, or [cooking]. I love making people happy through their tongues and bellies. ♦