Recreate these cinematic transformations at home! 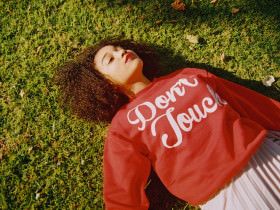 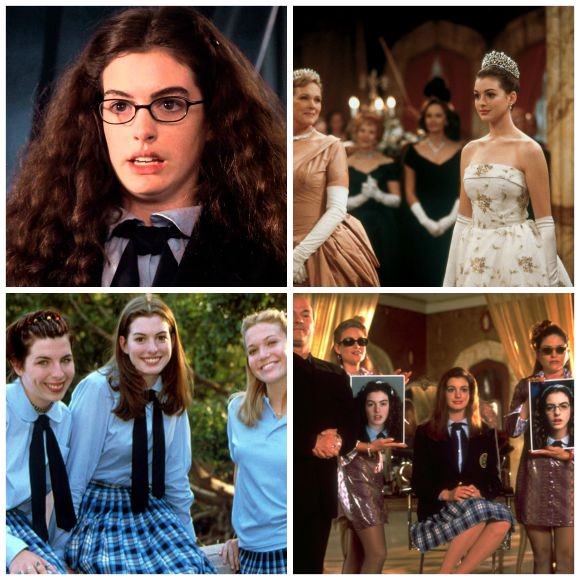 Looks from The Princess Diaries.

Makeover movies are the best, regardless of whether the transformation is as ridiculously simple as switching from glasses to contacts, or as dramatic as a surgically reconstructed face. The plots of these movies can be laughably predictable—oh, did a “geek” become popular with the right clothes and cool friends? Get real. Still, makeover montages are real real fun. The following makeover victims, including a secret princess and an undercover reporter, can inspire those among us who are not leading dual lives (including ones of the fake-o nerd-turned-popular variety).

In the The Princess Diaries (2001), Mia (Anne Hathaway) is a shy, unpopular teenager who finds out that her late father was the Crown Prince of Genovia—making her a princess. Since she is heiress to the throne, Mia must learn how to act like a true royal. Her grandmother, the queen, gives her “princess lessons” and enlists a makeup and hair team to transform her. Mia tries to keep her true identity on the down-low, even from her best friend, but the press ends up finding out, which results in Mia becoming popular at school. Mia must learn how to accept her new life as princess while also retaining her old friendships. 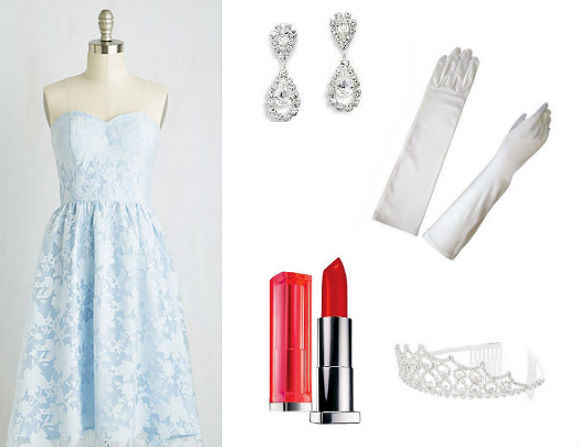 To add touches of Mia’s first-class fashion sense to your (most likely) non-princess life, play dress-up in a strapless gown, long opera gloves, and sparkly accessories. You don’t need royal blood to have regal style! 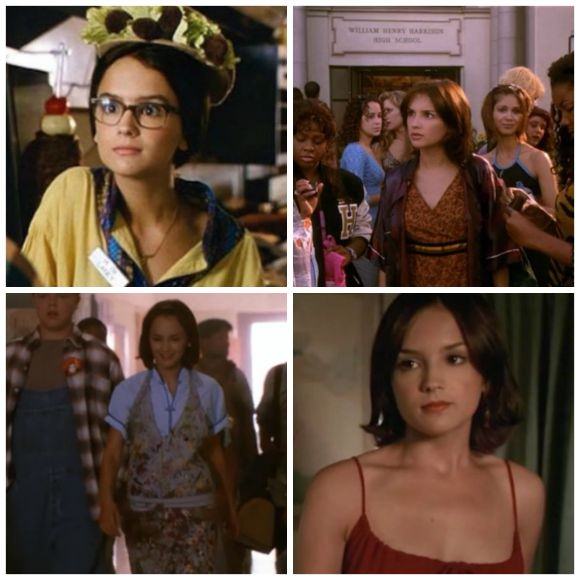 Looks from She’s All That.

She’s All That (1999) is about a girl named Laney (Rachael Leigh Cook) who cares more about art and self-expression than being part of the cool crowd at school. When the popular jock Zach (Freddie Prinze, Jr.) is dumped by his girlfriend, he boasts that she can easily be replaced. He then makes a bet with his friend that he can turn any girl at school into the prom queen in just a few short weeks. Laney unknowingly becomes the subject of that bet. First, Zach’s sister gives Laney a makeover and she quickly becomes a part of Zach’s circle of friends. Zach and Laney become for-real close and catch feelings for each other, but then she finds out about the bet! Uh-oh. 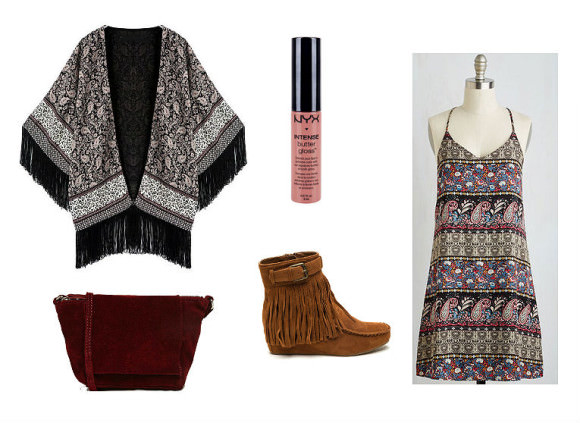 I liked the fashion in the film best when Laney started combining her old, artsy looks with her new, post-makeover style. In one scene, she wears a rich-hued outfit that consists of a textured dress with a kimono thrown over it. Easily acquire the same vibe by mixing colors and prints with your clothing, then accessorize your outfit with a suede bag in a complementary color. 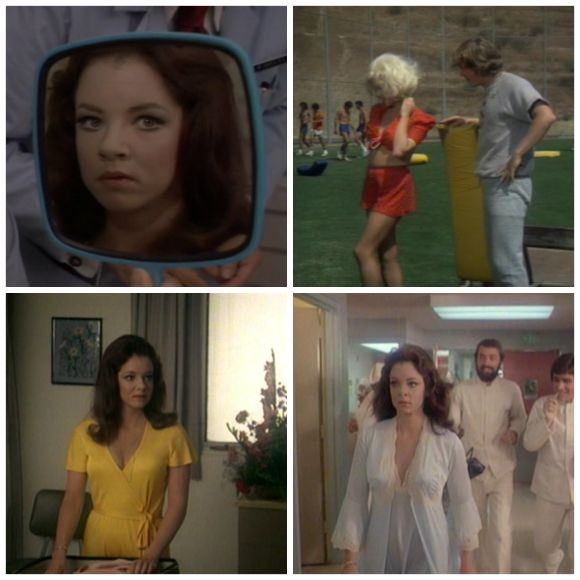 Looks from The Girl Most Likely To…

The Girl Most Likely To… (1973) is about a smart-yet-unpopular college girl named Miriam who is treated like crap by everyone around her. After trying out different colleges over the years, she starts attending a new one and gets a lead part in a play. Miriam’s roommate is jealous of her role and decides to sabotage it by placing roses—which Miriam is allergic to—onstage during Miriam’s big performance. Miriam’s allergy attack has her feeling embarrassed and humiliated, so she quickly drives away and gets in a car crash. Though Miriam survives the accident, she has to undergo reconstructive surgery, which results in her looking like a totally different person. She decides to use this as an advantage and get revenge on each person who did her wrong…with MURDER. 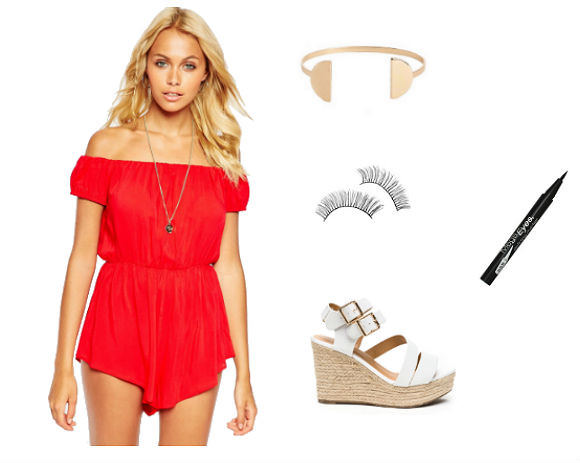 As twisted as she is, the new Miriam has some pretty amazing style! I was especially inspired by a scene where she dons a blonde wig and runs around the track in a red crop top and matching shorts set. Rework this quintessential ’70s look yourself with a red romper, platform sandals, and heavy eye makeup. 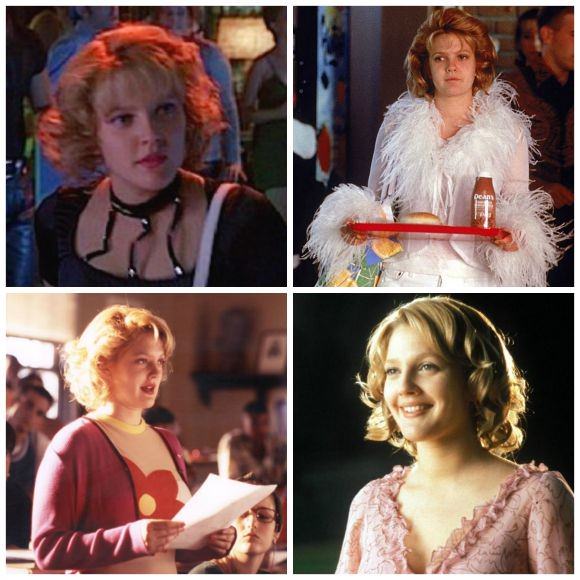 Looks from Never Been Kissed.

In Never Been Kissed (1999), a copy editor named Josie (Drew Barrymore) gets assigned to her first reporting gig: She has to go undercover in the WORLD OF TEENS by posing as one herself! To pass as a “normal” teenager, her first step is to perform a makeover on herself. While her all-white outfit embraces the era’s faux-fur trend, she appears awkward compared to the other teenage girls. Josie’s own history at high school wasn’t exactly the best, so when her first day working undercover doesn’t go smoothly, she’s reminded of past traumas. After some clumsy and embarrassing mishaps, Josie finds her footing and ends up also doing a makeover on her own personal high school experience. 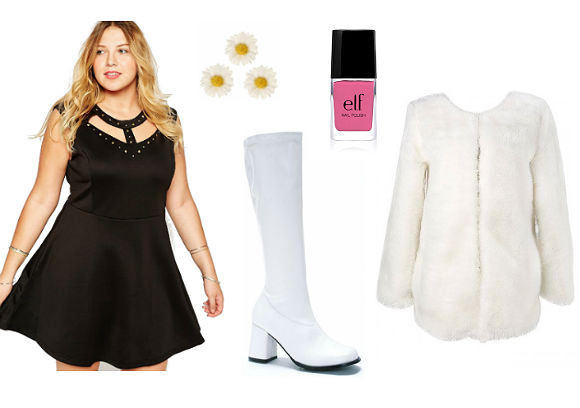 There are a few gems in Josie’s faux teen style that I really love. That all-white outfit I mentioned? Let’s take the faux-fur aspect and wear it as a coat over a cage-neck dress, like the one she wore during a magical brownie scene. Add some white go-go boots and daisy hair clips for a look that will make you queen of the halls! ♦

never been kissed she's all that style in movies the girl most likely to... the princess diaries