Life in Black and White

Why don’t any of my cinematic heroes look like me? 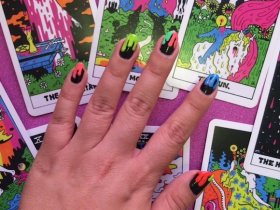 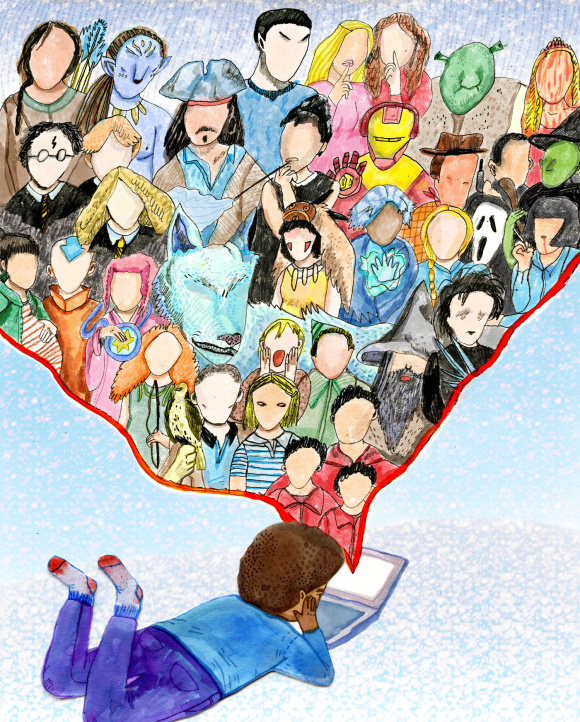 Growing up with two separate backgrounds has meant that my identity is something I’ve had to discover on my own terms. Having a black mom and a white dad was never tumultuous or even all that noteworthy growing up, but as I got older, alienation from the world around me became incredibly commonplace. Despite constant feelings of separation, I still loved and found resonance in a lot of the same films, music, and books that are important to white American culture. This has brought me to a question that I’ve reflected on a lot throughout my life: How do you relate to something that doesn’t represent you?

Wes Anderson’s The Royal Tenenbaums has been one of my favorite films since I watched my parents’ VHS copy in middle school. It was one of the first movies I remember seeing that made sadness and separation seem normal. Wes Anderson created this world that illustrated what it’s like to feel unhappy or distant from your own family, which felt truer to my life than most other films I had ever seen. Even today, as a college student in New York, The Royal Tenenbaums still affects my life, and even kindled one of my closest relationships with my friend Kira.

Pretty early on in my friendship with Kira, we made a pact to dress up as brother and sister Richie and Margot Tenenbaum for Halloween. October came around, and once I had assembled all of the pieces for the costume from various thrift stores, I went into the bathroom in my dorm and tried them all on together. Once I was dressed, the initial feeling of excitement slowly tumbled into a much deeper feeling of grief and realization. How many of the people who see me in this costume are going to see me as Richie Tenenbaum, and how many are going to see me as black Richie Tenenbaum?

Suddenly, all of these revelations started popping into my head. Although I connected to this film so much, none of the characters I wanted to embody looked anything like me. There was nowhere I was really represented in the film. Even though The Royal Tenenbaums did have a black male character, and a very well-written one at that, I was only given one character to identify with in terms of my appearance, when my white friends had a plethora of characters from the same film to see themselves as. I hadn’t even left the house in the costume, and already waves of anxiety about how I would be perceived trying to connect to something so “white,” which had plagued me my entire life, detracted from my initial excitement.

The Royal Tenenbaums was not so far from my actual life or the world that I lived in. I grew up in a sort of disjointed family, with ambitious kids and a father who was dying of a terminal illness. Despite these similarities, the portrayal of people within the film doesn’t include existence of someone like me. And that’s all right, to a certain extent! It’s not Wes Anderson’s job to create the most accurate depiction of life in New York City, and it’s not his job to make the protagonists of his film anything other than white. The issue is that most films and books surrounding American culture are so bleached. They filter out so much of the lives of non-white people that it’s hard to find any popular stories about the country I grew up in with people who resemble me. Every day, black Americans go to school and are told that the books they’re reading are “the great American novels” that encompass the history of this country and its people, yet their heritage has no significance to the characters within them.

Almost every character from a film that I connected with was white, and people made me feel awkward to want to dress up like them. Why should I have to be a black Theodore Twombly or a black Agent Dale Cooper or a black Richie Tenenbaum any time I wanted to embody one of them? All of these characters lead lives that I could relate to, yet there was such a shortage of characters who were black, or god forbid, multiethnic. When I was left with no one that really resembled me in the films and books I loved, I resorted to finding myself in the characters I could relate to emotionally. Still, as connected to those characters as I felt, I could never identify with them nearly as much as my white friends could. As I peered into the art of the culture I belonged to, all that was looking back at me was a foggier version of my identity.

In my senior year of high school, I found a vintage photo portraying a white American woman on Tumblr. It was similar to others I had seen there, and I very well may have come across it several times before, but for some reason, when I looked at it that night, longing and alienation washed over me. It was inescapable. At the time, I wrote out how I felt about it:

“Have you ever seen a photograph that seems completely devoid of any of your own personal experience? You feel as though your heritage—your life, as it exists—can’t connect to the people or context of the photo. What you’re looking at is so alien, but at the same time, incredibly relatable to most of your peers. The photo, instead, alienates you from everyone else. I get this feeling all the time when I look at at photos of pre-1960s white America. When you grow up in a community that has been so heavily dominated by white culture, and most aspects of that culture have totally filtered out all examples of other nonwhite cultures, you’re conditioned to believe that, ‘This is your past,’ and, ‘This is what everything used to look like,’ and, ‘This is your history,’ even if you’re not white. You’re totally conflicted as to how to assess all of that information about ‘your’ identity when you can’t really connect it back to yourself. It’s even worse when you’re multi-ethnic and everything about your identity is even more blurry and confusing. I still really love this photo for some reason, which is the really scary and humanizing part of all of this. Once you just realize that this is just another human being you’re looking at, you can have this weird sense of nostalgia for something not really related to you.”

Today, as an artist and curator, I’ve thought a lot about how to express my identity in my own work. I’ve wondered whether or not I should feel the responsibility to educate people about my experience and a perspective they’re not seeing, or if should I just genuinely make what I’m interested in. I’ve always looked at the work of Spike Lee and Richard Ayoade, and how both approach their roles as black directors in totally different ways. Spike Lee, on the one hand, is known for making powerful films about the black experience in America, and forcing the audience to confront racial issues that exist in society. Richard Ayoade, for his part, seems to work on very modest stories he’s interested in telling, whether or not they question the racism he faces in his own life. There’s certainly no correct path to take and both approaches can be equally fulfilling.

When I’m making work that I hope can reflect the world I live in, I know it’s important to not ignore everything that’s around me. The most pure art is art that’s genuine and expresses a personal perspective, but I know that If I’m only representing people that look like me or are similar to me in the work that I’m creating, I could be ignoring the people who are different from me in my actual life. Whenever someone is making art, they set the rules for themselves and decide what it is they’re trying to communicate with others. From my own experience, I’ve learned that the richest work comes from being sincere in my own intentions, and trying to fill the void of what I want to see in the world. Some days I want to watch something that express the struggles I face in my own life, but some days I just really want to watch something about some sad white guy who’s having a meltdown at a tennis match. ♦

Matthew James-Wilson is the Editor-in-Chief of FORGE. Art Magazine. He hails from Toronto and currently lives in Brooklyn. You can find him on Instagram, Twitter, or blocking your view at the rock show. Submit your art to his magazine at forgeartmag.com.