Some simple things the actress loves. 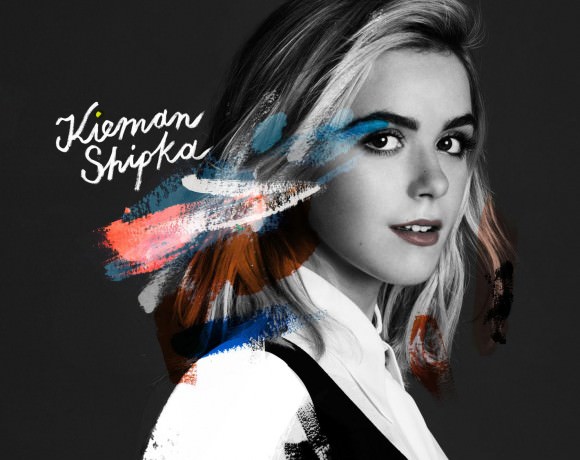 When we first interviewed Kiernan Shipka, she was still best known as Sally Draper, the kid (and then teen) hero of AMC’s series Mad Men. In One and Two, a new movie by Andrew Droz Palermo, Shipka plays Eva, a girl with supernatural powers. When we spoke with the actress, we discovered Shipka’s super-lovely knack for finding delight in simple things—witness her go in on the glories of bread and butter, right here.

1. Sneakers. I love sneakers. I wear them pretty much on a daily basis with anything—jeans, dresses. They’re comfortable and cute and fun, and they actually make an outfit look really spiffy, which is interesting. Sneakers with a lot of color in them always catch my eye. There’s a gray and really bright orange pair from New Balance that I’ve been loving lately because the orange part is so poppy. It adds some pizzaz.

2. Good books. Books are absolutely incredible. They’re works of art that I can put in a bag and keep around if I get bored at any time. I just got some new ones—a Sylvia Plath book, a Tao Lin book. I’m excited to dig into them. Recently, I read Franny and Zooey [by J. D. Salinger], The Night Circus [by Erin Morgenstern], which was really, really great, and After Dark by Haruki Murakami, which was such a highlight for me. I don’t really have an all-time favorite—a lot of books have gotten me into reading. I remember when I was really, really, really little, I loved those small The Princess Fairies books. I’d whip through them in a couple hours and feel like such a cool, young, independent reader. I remember feeling like, Yeah! I can read! This is exciting.

3. Trail mix. There are so many great, different variations on the classic trail mix, which I’m always on the hunt for. I have a couple brands that I really like, but I’m always looking for a new interpretation. It’s getting that salty-sweet ratio down, with just the right amount of both—that’s important to me. I tried this trail mix once that had little pieces of dates in it, and it was just great—it was a really nice touch. I always love when there’s something fun and surprising in a trail mix. And I’m always down for Chex or a sesame stick kinda vibe for the salty component.

4. Sunscreen. I use one from Control Corrective right now that’s the best because it is SPF 30, but is also an oil-free moisturizer. It’s just such a good product. It’s also a really great prep for makeup because it isn’t heavy—it feels light and nice. It’s essential. I put it on several times a day. A good sunscreen’s hard to find, especially if you have sensitive skin, but this one’s a keeper.

(As told to Lena Singer.)