I’m African-American, and my great-grandmother was Chickasaw. 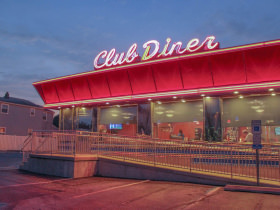 Castles in the Sky 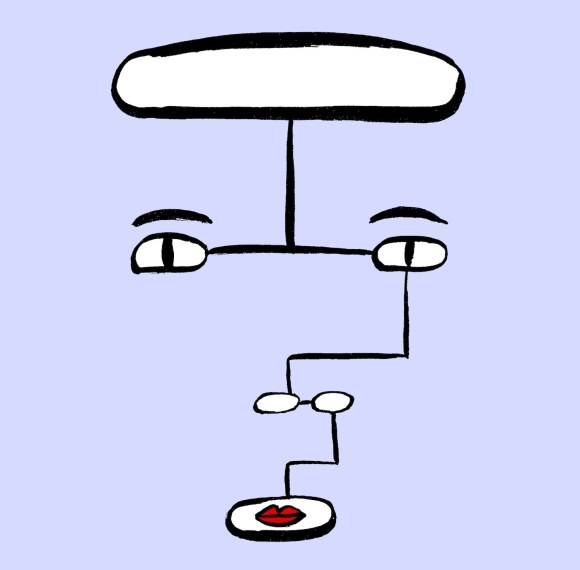 Whenever Ruby rattled off that litany of ancestral motherlands, it really just seemed like boasting. Yes, she was proud—and there’s nothing inherently discomfiting about that—but because she recited her cultural origins repeatedly (even to me, a close friend who she must have realized had heard all about “what she was” multiple times) and in situations where it really was uncalled for (over bag lunches in the cafeteria?), I always got this feeling that she was trying to make herself seem special and everyone else seem less special. She wasn’t just a plain ol’ whatever kid like the rest of us chumps, she was “black, Irish, Scottish, German, Swiss, and Dutch.”

What Ruby didn’t know, or maybe couldn’t see, was that my background was also multicultural. I identify as black: Most of my ancestors have been African-American and culturally, I was raised in an African-American family. While I would always check the “African-American or black” box on surveys or official documents, I know that doing so implies a genetic and cultural homogeneity that doesn’t truly exist for black people living in America. Just as Ruby’s white or European heritage encompassed a diverse number of cultures, the same is true for African-American or black heritage. Some self-identified black people have Caribbean or Latin-American heritage; some black people are Gullah (descendants of enslaved Africans living on the Sea Coast Islands of Georgia who’ve retained many of the traditions of their ancestors and have their own language); some, like me, have Native American ancestry. My family is black but we are also Chickasaw, which I can’t imagine anyone would ever be able to discern by any of my facial features. While Ruby’s European heritage was, by her own admission, distant, I knew my Native American ancestor. I loved her.

Mama Lena, my great-grandmother, was mixed race—her mother was Chickasaw and her father was of Chickasaw and black heritage. She had fine, blue-black hair and bronze skin. Although she had this Chickasaw heritage, she identified as black, probably owing to the “one drop rule” (a racial classification principle originating during the American antebellum period that stated that a person was to be considered black if they had just one drop of “black blood”). Perhaps this is why she never passed down any traditions that were uniquely Chickasaw. But she was always certain to make sure that I did at least recognize that I had Native American roots.

Despite having my great-grandmother in my life and being aware of my Chickasaw lineage, when Ruby, or really anyone I’ve met since elementary school, launched into a discussion about their “special” ancestry I didn’t chime in and discuss my great-grandmother. The first reason for my reticence is fairly simple: I don’t want to sound as arrogant as I always thought Ruby sounded. As I’ve gotten older, though, I’ve started to really think about what publicly acknowledging my Chickasaw heritage might mean for me, a person who isn’t just overwhelming not Chickasaw but who is overwhelmingly black.

The devaluing of black lives in America is pervasive. To witness it, you can look all the way back to the days of American slavery—a period when black people weren’t even seen as human—or you can just read today’s news, since we live in an era in which state-sanctioned violence seems to go unchecked when it’s directed toward black people. I live in a society where black people had to fight for basic civil rights and today continue to fight for justice. Often, the unique elements of black beauty, things like coily hair texture and darker skin color, aren’t seen as desirable—at least not in a commercial sense as western beauty ideals skew toward straight hair and lighter skin. I worry that, in this context, I might appear to be buying into that narrative—that being black is somehow not good enough—if I’m too eager to label myself Chickasaw. Will people think that I’m trying to distance myself from my primary cultural identity if I mention my great-grandmother?

I also worry about authenticity. I may have this Chickasaw ancestry, but is it even appropriate for me to mention it if my link to that culture is pretty nebulous? My Native American roots are, for all intents and purposes, almost as distant and vague as the European ones Ruby always talked about because I really don’t know much about Chickasaw culture, and culture provides so much of the foundation upon which identity is built. Language, tradition, politics, cultural engagement, physical appearance—these things all play a role in how we understand who we are and how we identify. Since my cultural experiences don’t line up with the shared cultural experiences of the members the Chickasaw community, it can feel like I have no real claim to membership in that community, even if a genetic blood test were to say something different.

What’s weird is that my misgivings exist side by side with an understanding of how important it is to acknowledge one’s cultural past and not worry about how other people might perceive you for owning your ancestry. I exist because my great-grandmother existed, and the simple act of acknowledging her, and everything that she was, is one way that I can honor her life.

This being said, the thing that I wonder about the most is how to acknowledge my Chickasaw heritage. I mean, is there a right way and a wrong way? When I think about Ruby, I do realize that she was expressing pride in who she was, and asserting her identity. The way she did it, though, seemed like she was trying to present herself as “other” in a way that would not only be seen as cool or impressive but would elevate her above whomever she happened to be talking to. There was also something odd about the way that she saw being black as a monolithic category while her white heritage was broken down into its component parts, as though she was trying to bury her black identity under her white identity. Or that blackness was only acceptable when redeemed by whiteness. I obviously can’t be sure of what was going on in her mind, but the way that she chose to acknowledge her background rubbed me the wrong way.

Of course, everyone’s ancestry is their own, but that doesn’t mean that our expressions of those ancestries are immune from being offensive or disrespectful. For me, the most respectful way to acknowledge my great-grandmother is by keeping old photographs of her and, with my mother, researching her and her family on the internet. Just recently I learned that my great-great grandfather Israel, who was born in a place called Woodford on Chickasaw Nation Indian Territory in Oklahoma, was a chuck wagon cook known as “the barbecue king of Carter County.” I experience this side of my identity by learning these cool little details about my great-grandmother and the people she grew up with, and I share this information with the people I’m close to.

There’s no one way to celebrate ancestry, but I try to do so in ways that feel appropriate to me and are also sensitive to the differences in how people live and understand their cultural identities. As I continue to figure out the most respectful and honest ways for me to acknowledge my lineage, I try to remember that my heritage doesn’t make me more extraordinary than anyone else, it doesn’t make me inferior to anyone else, it’s just one of the things that makes me me. ♦