The author shares wisdom about the creative process, including to “give yourself permission to suck.” 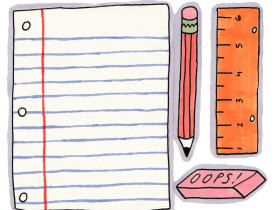 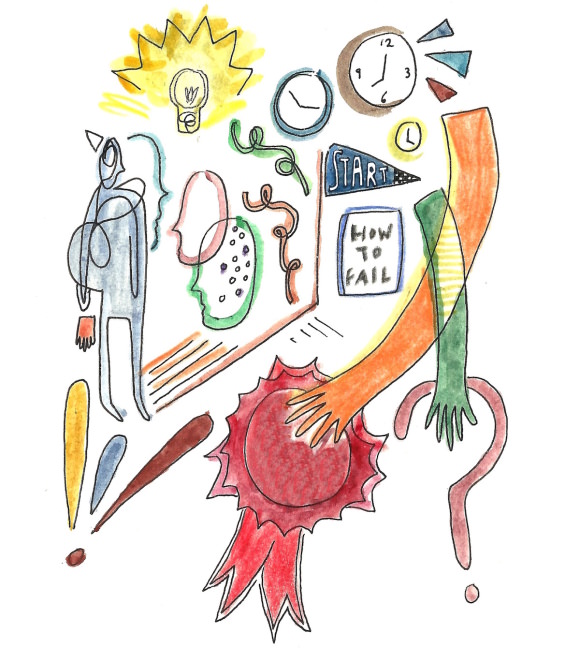 Welcome to First Drafts! This is a new feature wherein we chat with a writer, musician, artist, or other maker-of-things about early versions of their creative work, and all the feels and lessons that came along with them: The embarrassment! The joy of discovery! The realizations that helped them, and that now can help us, too!

Our first participant is…*DRUM ROLL WITH TOO MANY CYMBAL CRASHES* *OFF-KEY TRUMPET*…JOHN GREEN! 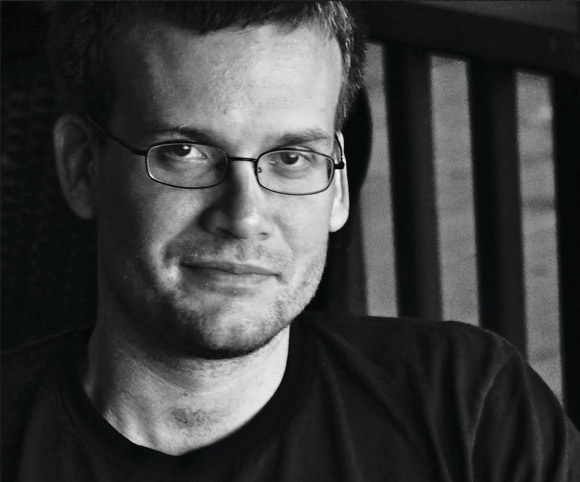 John Green is the author of Looking for Alaska, An Abundance of Katherines, Paper Towns, Will Grayson (co-written with David Levithan), and The Fault in Our Stars. And he’s one of the VlogBrothers.

His debut novel, Looking for Alaska, won the American Library Association’s prestigious Printz Award in 2006, and is on its way to becoming a film, just like Paper Towns and The Fault in Our Stars did.

Looking for Alaska had a huge influence on me as an author who was writing about teen characters, too: It gave me direction, and something to strive for. The opportunity to talk to John about that book and how his writing evolved was so exciting, so thrilling, so terrifying…THAT MY RECORDING APP COULD NOT HANDLE IT, AND THE INTERVIEW RECORDING WAS LOST! That’s right, Rooks. The recording of the first First Drafts interview was an epic screw-up on my part! I was so embarrassed and frustrated with myself! But, as my editors reminded me, (A) these sorts of things happen all the time and (B) um, isn’t this actually kind of perfect? The universe was demonstrating how life really is full of first drafts.

John was very understanding about it, so I’m still able to bring you this interview, recreated from notes I was also taking during our conversation (whew!), about his earliest stories and how he has, at one point or another, felt like a fraud.

STEPHANIE KUEHNERT: You mentioned in this interview with Twin Shadow that you carried a notebook around as a teenager. What’s the first thing you ever wrote, on your own, outside of school assignments?

JOHN GREEN: I wrote some stories in high school, at boarding school. One was about two gay men who owned a pet store next to a Christian bookstore. The other was about a kid who’d grown up home-schooled, and the only book he had to learn from was the Bible. I quite liked both of them. When I was writing Paper Towns, I thought I could use some of “Rosenthal Square”—the one about the pet store–and I had my dad send it to me, but it was terrible. I couldn’t use any of it. If an English teacher had ever seen it, they would have never thought my writing had any potential.

They would not have foreseen you winning the Printz?

No. Not from that.

Is there anything from those early stories that informs your current work, even if only thematically?

Definitely thematically. Something that shows up in Looking for Alaska, and to some extent in The Fault in Our Stars, is how religion shapes personal experience. Also, I wrote about serious issues and conflicts with humor, and that’s something I still do. What I really needed to do was let go of the desire to prove that I was smart through the writing, instead of just telling the story.

I think that is something a lot of us need to learn.

For sure. I still really like that story about the home-schooled kid learning from the Bible. It had a lot of potential.

Was Looking For Alaska the first thing you published?

Yes. I wrote short stories but never published any of them, and [Looking for Alaska] was my first novel. The novel I wrote initially—the first draft—is so different from the book as it was published, though. So many of the things that people love about it—the famous last words, the structure of the book, and how it counts down toward an event and then on from it—wasn’t in the first draft. I just had the characters and the setting. Two things helped shape it. One was reading. I read so many novels while I was writing Looking for Alaska. Reading gives so much insight into how a story works. The [second] thing was that I had great readers: First my mentor, Ilene Cooper, and then my editor, Julie Strauss-Gabel. Both of these things—reading and using readers—are still key to what I write. But I really enjoy re-writing. It is my favorite part of the process, and when things really come together for me. All writing is rewriting. Even the initial draft is translation of an idea to paper.

How do you move past your old work, forgive yourself from mistakes, learn from them and go on to make new stuff?

That’s hard. I feel like I may not even be the best person to answer because I haven’t written a new book in three-and-a-half years. But you have to give yourself permission to suck, especially in the first draft. That’s what first drafts are for. Also, the fear of being stuck or lost never goes away. I still feel that way. Half the time, I’ll write something and feel pretty good about it, but the other half, I feel like a fraud. People say a lot that something is literally the worst, but I do feel that way sometimes. I feel like I am actually, literally a complete fraud.

I don’t know if that makes me feel better or worse, knowing that you, John Green, also still feel like a complete fraud.

I think everyone does. Not just writers and artists, but everyone feels like a fraud in their lives, in their jobs. But this shouldn’t shut you down. You aren’t a fraud. Your story is worth telling.

That is definitely something important for our readers to hear.

Oh yeah, Rookie readers are going to be the next, big novelists. In the next 10 to 20 years, they are going to be writing the great books because of what they are already doing and reading.

Do you have any advice for the fear of the blank page or writer’s block?

You have to work at it. Writing is a craft that rewards work. Keep writing and keep reading. Reading really is the best teacher of how a story works. ♦