“What matters most is that you know where you stand.” 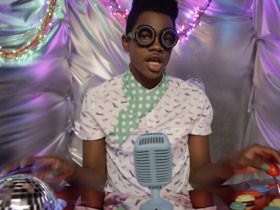 Shamir: In for the Kill 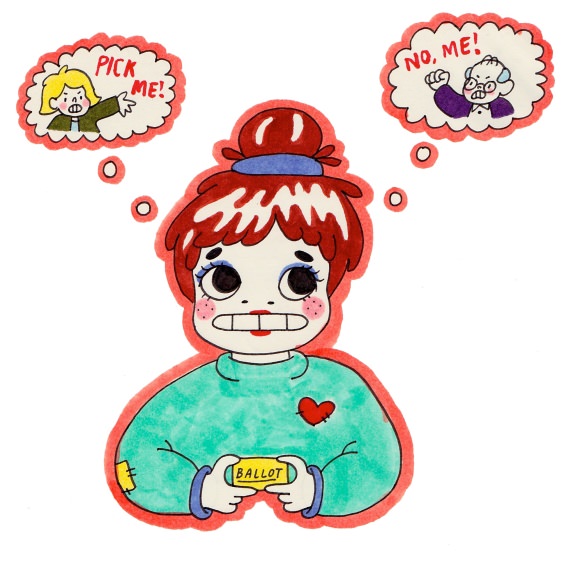 A few years ago, I accompanied a girlfriend to a fancy wedding in Quebec. As we devoured our five-course seafood dinner, the guy sitting next to us asked me whether I had voted for President Bush. I dropped my fork and chortled. My friend raised her glass to her lips and said, “Don’t you know it’s impolite to talk about politics with people you’ve just met?” Thrilled by this opportunity to push the envelope, my new dinner companion proceeded with questions about my political orientation. I took his persistence as an invitation to discuss shared values, learn where our perspectives differed, and to delineate my own political vision beyond stereotypes about Americans in general.

We’ve all been there. At the Thanksgiving table, at church, or in the classroom, facing questions or assumptions about where we stand politically—or, more irksomely, where others think we should stand. Growing up, adults told me what to believe more often than they asked for my opinion. Although there are exceptions to this tendency, it’s just one reason why political sensibilities are shared between generations.

Research shows that our political beliefs are influenced by our closest relatives, even if we rebel against their conventions when we’re teens or young adults. In 2013, The British Journal of Political Science found that American and British children who are raised by parents who push them to adopt their political perspective actually influence their rebellion against those beliefs in the future. In mature adulthood, and especially middle age, people generally return to the political inclinations they were raised with. However, this pattern doesn’t mean that we don’t hold our own viewpoints or political attitudes, just that our upbringing may shape where we perceive ourselves on the political spectrum.

This doesn’t surprise me. In my experience, people desire similar ends—freedom, justice, safety, and personal choice—but have different visions or theories about how to achieve them. I diverge from my family in some of my political perspectives, but when I applied this research to myself, I found that my respect for justice, discipline, and fairness is shared by my family members, even if the influence of these values differently impacts which candidates, parties, and policies we support.

This became very clear to me during a dinner with my 60-something year old cousin who insisted on learning my perspective on the recent marriage equality ruling in a tone that made me stiffen in my seat. My father egged us on, and encouraged our cousin to state his beliefs, too: “It’s not fair to ask her what she thinks if you don’t tell her where you’re coming from, brother.” In response, our cousin implied his disagreement with my point of view by resisting my father’s request and continuing to ask me questions. When I could, I listened deeply and attempted to focus on our mutual love for The Nation and jazz, to remind myself of our common ground. Finally, my cousin said he agreed that the same officials and institutions working to block access for the LGBTQ community in our home state were typically complicit in undermining people of color and women’s rights. I told him that I wished he supported marriage equality wholeheartedly, but hoped that identifying points of commonality (and potential impact for him personally) could influence his perspective in the future.

Exchanges like this one show me that people’s political beliefs aren’t usually black and white. While most American young people lean Democratic and Independent, we live in a moment where most of us reject being officially defined by a specific party affiliation or label. This makes sense to me because these labels often feel reductive and not completely representative of who we are. It’s easy to write people off for holding beliefs that we find disagreeable or even offensive, but it’s a surefire way to lose potential allies who might agree with us, and even work with us, on other issues.

Our political standing is often more fluid than it is fixed, and the exploration of where we stand politically ongoing and complicated. While I view myself as a “progressive” or a “liberal,” I’m “moderate” and even mildly “conservative” on several issues when I take political spectrum quizzes. As a person of faith, a woman, and a person of color, the issues that directly impact my community aren’t always the ones prioritized on the party platform I affiliate with. Furthermore, since I grew up abroad, I prioritize U.S. foreign policy and our diplomatic agenda in ways that some folks who don’t have family members overseas feel less intensely about. It’s hard for me to imagine now as a lifelong, self-proclaimed bleeding heart liberal, but there was a time when I was conflicted about some aspects of reproductive rights and immigration. My prior inclinations are difficult to admit today, but my past conflicts—and the reflection and research that grew out of my uncertainty—have strengthened my current beliefs.

I was 13 years old and dazzled by a glossy-pink Christian teen magazine in pretty packaging that I received at Sunday school, where we sang along to Christian rap and rock bands and learned about abstinence and the perils of “growing up too fast.” The sugarcoated rhetoric in the magazine and the Sunday school teacher’s one-sided presentation of a teen parent’s options, made me think that visiting crisis pregnancy centers (CPCs) was the one and only choice for women and girls with unintended pregnancies.

At the time, I didn’t know that crisis-pregnancy centers were designed to manipulate women into thinking they were visiting a clinic where they could receive a full-range of reproductive services. The magazine failed to mention what I know now, that these centers exist to mislead pregnant women (using medically-inaccurate myths and scare tactics) into choosing either adoption or parenting instead of abortion. At home, when I brought up what I’d read, my mother stated her belief in a woman’s right to choose. I asked her about what this meant for us from a religious standpoint, and she recited Luke 6:37, “Judge not, and ye shall not be judged: condemn not, and ye shall not be condemned: forgive, and ye shall be forgiven.”