Get into the world and be an observer. 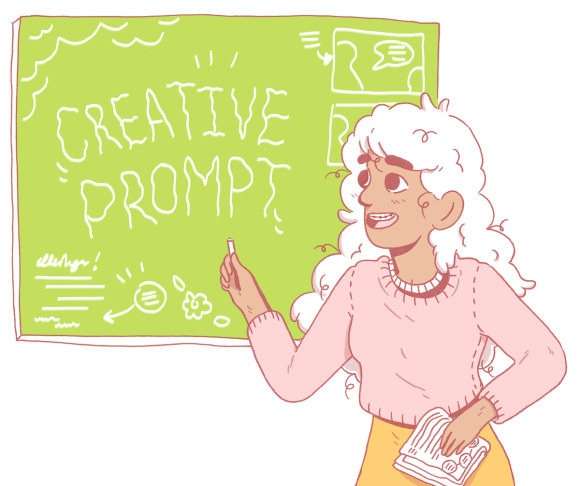 For today’s creative prompt, you’re going to be playing detective! That doesn’t mean you have to go full-on Veronica Mars (though that could be fun)—it just means to get into the world and be an observer! Walk around a park, a mall, or a busy neighborhood to do some serious people-watching, or take your earbuds out on your way home from school to eavesdrop on whomever or whatever crosses your path.

I (Stephanie) recently overheard a girl explaining to her friend that she would rearrange the seating in their biology class. Not the most thrilling conversation, but I started asking myself questions: Namely, why did she want to rearrange where everyone sat? Did she want to get away from an enemy? Was she spying on someone and trying to get the dirt? Was she hoping to get closer to a crush? Maybe she’s a secret vampire slayer and suspects that a classmate of hers is one of the undead? The story possibilities were ENDLESS!

Now it’s your turn. Look. Listen. When you stumble upon something that sparks your curiosity, write, draw, paint, photograph, collage something using your observations as a starting point, then please send it to us (along with your first name, last initial, age, and city) at [email protected] with the subject line “Creative Prompt” by Monday, September 14 at 6 PM EST. Now get out there, you sleuths!

Also also—remember last week’s prompt, which was to write a letter from space? Some of you shared the short stories, poems, collages, comics, and paintings you made with us—and thank you for that! Check them out on the pages that follow.