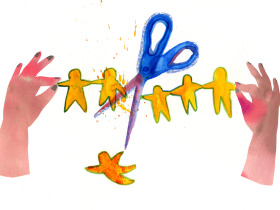 You had the most remarkable of beginnings. When you were born, people thought you were the greatest thing that had ever been created. They lined up around the block to see you, to see your brothers, your sisters. Your family. You were all in this together.

Knowing that, though, you did you best to live up to the standards set before you and for a time, you shone more brightly than the most brilliant star. You were the fastest, they said. The smartest. And almost certainly one of the most remarkable, if not the very best, models to ever grace the planet. Some even said you were revolutionary, that you’d change everything. You were destined for greatness. You reveled in their praise.

You were exceedingly popular, too. Every day something new was printed in the dailies or commented on by some television announcer. Sometimes they expressed uncertainty or complained about your faults. Most of the time, though, they had nothing to say beyond muted admiration. You knew, then, that you really were great.

Now that you’ve got a lot more time on your hands, you like think back to those days and scrutinize them. To be honest, you didn’t always understand why everyone was so amazed by you. What you did was simple, when it came down to brass tacks: They asked questions, you gave them answers. They wanted entertainment, and you provided it. They desired ways to interact with others while leading their own busy lives, and you were ever-present to ensure that no call was missed, no text left unreceived, and no hit song was left on some clunky CD. Instead, you had it all at their fingertips. Sometimes you overheard decrepit Walkmans and Discmans cursing you as they were taken out of homes and replaced by one of your siblings. Of course they’re jealous, you thought smugly to yourself. You were a reinvention, a must-have for anyone, and they were just old, obsolete models that nobody wanted.

It was going so well; you couldn’t imagine anything changing. Life was utterly perfect―but one day, it was all flipped upside down.

Someone new came into the house. She looked like one of your sisters, but she was…different, somehow. You couldn’t quite place what it was, but she exudes even more wisdom than you and displayed the capacity for even more than you did. She was like you, but better. She whispered to you that she was something called “2.0” and that she ran something called “3G.” And it was she who catalyzed your ultimate downfall.

They began to talk more of your faults, and the segments that used to be filled with compliments aimed at you were instead geared toward her. She could do things you could not, and no matter how hard you tried you could never keep up with her. Instead, you felt yourself growing fatigued by your efforts. After a life in the fast lane, you were beginning to slow down against your will. Maybe they would understand. You had, after all, helped them for a very long time as best you could; perhaps a vacation was in order. Or, at the very least, some bed rest.

It was not to be. They grew angrier and more easily frustrated by a slow response or delayed action; their love for you diminished more and more every day. It broke your heart. And one day, your long hours of overtime―hours you should have spent resting―broke your spirit, too.

They took you back to the white-walled place that had given you up to them, back when you were the brightest and best. You overheard something along the lines of “slow…done…fried…Apple…second generation…better.” And although your ailing functions only allowed you to hear snippets of the discussion unravelling above you, you felt somewhere deep within you that this was the end of the line.

Someone unfamiliar took you roughly by the waist and shoved you into a box, and that’s where you’ve been waiting ever since. You’re not sure how long you’ve been here, but it’s not so bad. You’re getting that rest you need, at least. And sometimes, you think you hear something about being “refurbished,” or maybe “repurposed.”

Maybe there’s hope for you yet.