My queerness is an ongoing project. 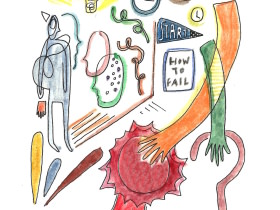 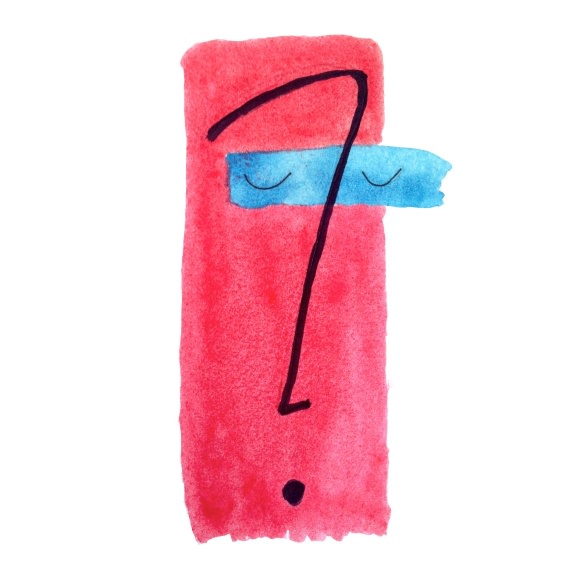 I frantically colored in each nail while my classmates played clean-up at the day’s end. I was nestled deep in a corner, surrounded by school supplies, making sure the teacher wouldn’t see me at work. By the time I arrived home from preschool, my nails were painted 10 different colors of Crayola marker. Even at four, I understood that my colorful nails somehow didn’t belong with the blue T-shirt and khaki shorts my mom had picked out for me that morning. When my mom caught a glimpse of my hands, she slapped my palms. “You are not a girl,” she said, as if I would become whatever she spoke into me. Years later, when I turned 17, I confessed to her that I was gay.

This is the narrative that fits what we’re often told about gay people in mainstream media. It’s the one that people create songs and movies about. The logic goes: If I was displaying this gender non-conformity at age four, then I must have been born this way. But this reasoning contradicts what many parents feel once their children proclaim their identities. I was sitting at the foot of my mom’s purple bed when I told her I was gay. She looked up at our popcorn ceiling in desperation and cried, in Vietnamese, “Fix my boy. What have I done to you?” I quietly assured her, “There’s nothing to fix.” “But you know that this isn’t normal, right?” she replied, crying like she had just lost something. “Some people are born like you and some people are born like me.” I told her that she had done nothing wrong, that I was born this way, that nothing had changed me and nothing would.

I told my mom I was “born this way” to assure her that she hadn’t made mistakes in the way she mothered me, and to assure myself that I wasn’t a mistake, too. But three years later, I had to question why I needed to be a born a certain way to not be considered broken. What if I had told my mom that I wasn’t born any kind of way? And what if my mother did have a hand in crafting my queerness? Why did she believe that contributing to my magical queer self was an evil rather than a good? Why did she believe that “fixing” me—as re-education camps or gender conversion therapy aim to—is necessary? Why do I need to claim that my queerness is unchanging and natural to be safe from people who will do anything to control me, and to ensure that I can’t dream up new selves and determine who I will be? Because I did change. At 17, I told myself and others that I was a gay man. At 20, I don’t identify as gay, and I don’t identify as a man.

At first, thinking about my queerness as an ongoing project, instead of a journey to a fixed identity, made me worried and afraid. I was worried that I would hurt the movement if I didn’t claim that I was “born this way,” the customary way of proving one’s queerness to naysayers. I was also afraid that I appeared to have so little control over my identity, as the ways that I understood it continued to change. Those changes were made even more frightening by my obsession with finding ways to prove my authenticity. Had I just been performing gay manhood–the white gay manhood I saw in the media–all this time? Had I been wearing that man like a costume?

I resorted to discrediting the person I had thought I was at 17 in order to validate the person was becoming. I explained to friends that the more masculine version of myself had been just a performance. I thought, If I tell people that I was just deluded then, and that I know who I am now, maybe they’ll trust me enough to let me tell my own story. After having my identities denied for so long, by myself and by others, asserting my identity as absolute felt like a way to counter years of erasure.

What I didn’t know then was that I am not obligated to explain or prove my queerness. My identity exists on its own terms. As much as the mainstream LGBT movement seeks to make queer identities concrete and indisputable, I experience my queerness more as a project. I no longer feel like I need to tether myself to one particular way of being in the world. I identify as a queer, gender non-conforming femme. I’m not a boy. I’m not a girl. Most days, I feel more magical than can be captured in words or in gender norms. But I also understand now that my identity isn’t always coherent. Sometimes I have no idea exactly what my sexuality or gender is. There is freedom in recognizing that my identities may be ever-changing.

When I look back at myself as a gay man trying on different masculinities, I don’t see a failed man. I see a version of a man that I had to let go, because I couldn’t love him anymore. My gender and sexuality fluctuate in ways that allow me to have more loving relationships with myself and my body. While I wouldn’t say I was born a queer femme, my identity is still valid. It was valid when I was a gay man. It was valid when I was a straight boy. Regardless of how my identity changes in the future, I remind myself that I am always worthy of self-determination and autonomy.

What I know for sure is that my mother and I crafted my queerness together. Her unconditional love for me, though she may not have always known how to show it, was essential to how I’d relearn loving myself and others. Being a queer femme is a self-love project, a spiritual practice, not a static, unchanging way of being in the world.

I understand now that my life is not like a heroine’s quest of finding myself—that suggests that I will eventually settle into one model of personhood. I am way too complicated for that. I might never be able to tell you who I am, but I trust and love myself through all of that uncertainty. I’m letting the changes wash over me rather than running. I’ve learned to treat myself as I would treat that four-year-old me, who fearlessly choreographed a solo routine to Britney Spears. I time-travel every day to rediscover that four-year-old’s self-love.

Yesterday, my mom painted my nails black; she has changed, too. We sat together at the foot of her bed as she held my hands. I told her, “Thank you, Mommy.” She nodded without words. I don’t know if she’ll ever stop thinking she “failed” as a mother. I know this world will never stop telling her that she failed, but I’ll always thank her for failing. ♦